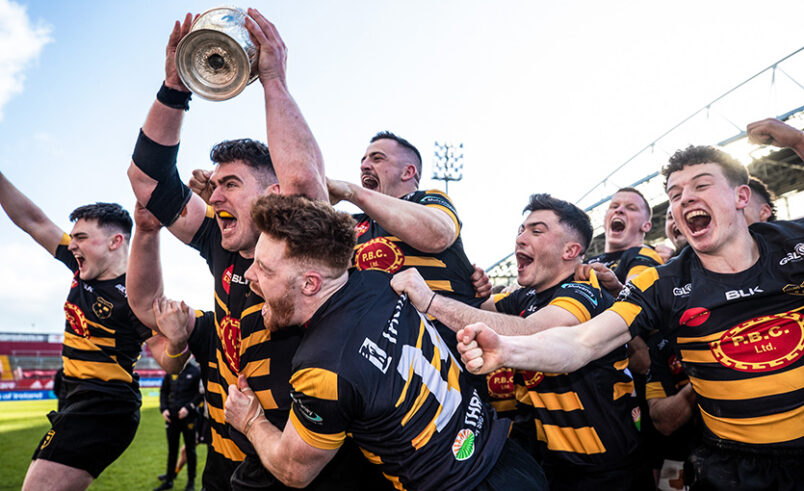 It has been a hugely enjoyable and thrilling season for adult rugby throughout the province.

After Covid impacted 2019/2020 and 2020/21 seasons, it was great to see all of the adult competitions back up and running throughout the province with little disruption.

Here, we take a look back at the winners from the 2021/22 season, highlighting the stand-out moments and clubs who performed exceptionally across the province.

After a slow start to the season, Cork Constitution showed some excellent form to secure a place in the top-four of Division 1A of the men’s All Ireland League.

The Temple Hill outfit earned a semi-final spot against Clontarf but were beaten by the eventual champions 29-13 in Castle Avenue.

Young Munster had a fine campaign where they enjoyed winning the Bank of Ireland Munster Senior Challenge Cup title twice in the one season. The rescheduled final from 2020/21 took place at the end of August where the Cookies beat Shannon before Gearoid Prendergast’s side got the better of Garryowen 11-8 on the Bank Holiday Friday of St Patrick’s weekend.

The club also lifted the Bank of Ireland Munster Junior Cup when they defeated Thomond RFC 35-24 at Takumi Park in Rosbrien.

In Division 1A of the men’s All Ireland League, Young Munster finished 6th after recording 10 wins throughout the campaign. 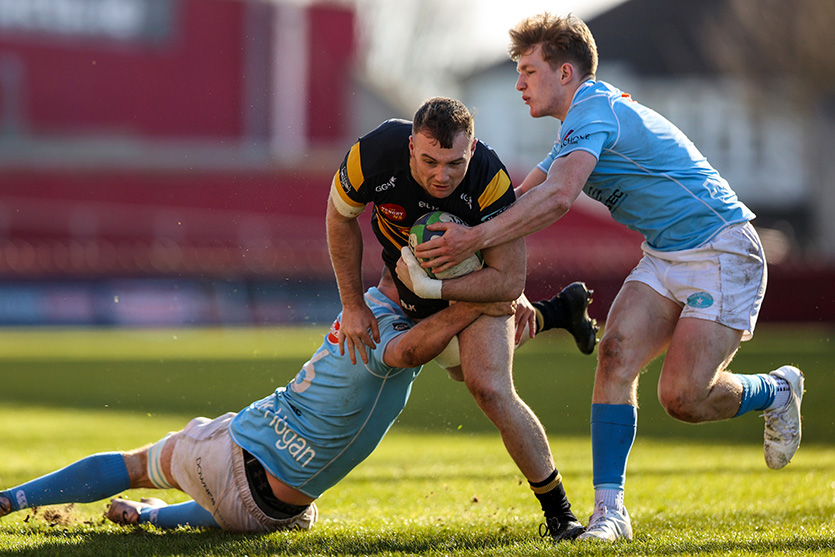 Garryowen, who finished just one place below Young Munster in the table in 7th, recorded seven wins throughout their Division 1A campaign.

There was disappointment for UCC, however. Finishing bottom of the Division 1A table with just one win to their name, the Mardyke outfit took on Ballynahinch in the Division 1A relegation playoff but they were beaten over two legs and they will play in Division 1B for the 2022/23 season. College will celebrate their 150th year in existence next season.

UL Bohemian enjoyed some excellent form at the start of the season which saw them win eight matches from nine played. Niamh Briggs’ side then joined Railway Union, Blackrock and Old Belvedere in the Top Four round-robin where they finished third.

The Limerick side also reached the final of the All Ireland Cup but were defeated by Railway Union. 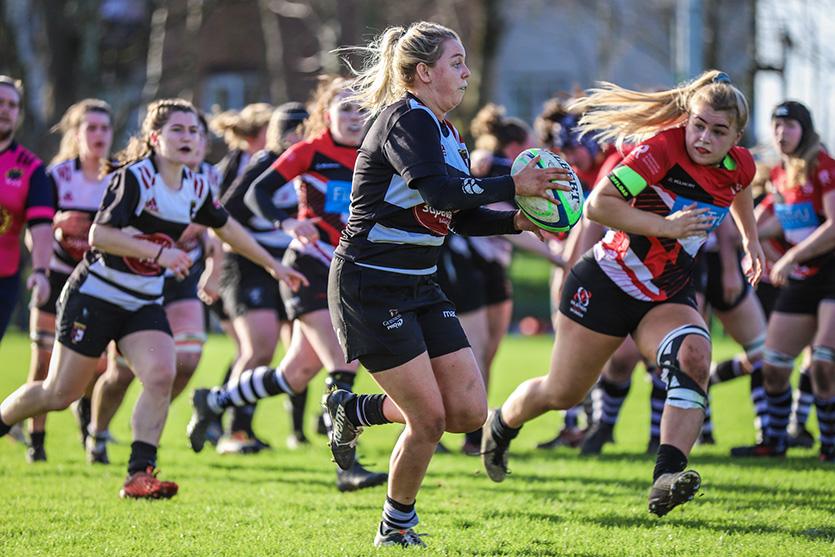 Ballincollig RFC had a solid first season as they made their return to the Women’s All Ireland League. The Tanner Park outfit won two games in the initial section of the season and they then followed that up by finishing third in the conference section of the league which saw teams placed 5th-10th play each other in a round-robin league format.

Shannon enjoyed a strong end of season campaign in Division 1B of the men’s All Ireland League which yielded six consecutive victories and saw them secure a top-four finish.

They then toppled provincial rivals Highfield in the semi-final before beating Naas 30-15 in the Division 1B promotion final at Coonagh to earn promotion to Division 1A for the 2022/23 season.

Highfield enjoyed another strong season in Division 1B which saw them finish in the top four with 13 wins but they were defeated by Shannon 19-25 in the promotion semi-final at Woodleigh Park.

Cashel enjoyed a strong season in Division 2A with their 12 regular season wins seeing them finish in second which earned them a promotion semi-final with Buccaneers. Unfortunately for Cashel, they lost out 17-25 in Spafield against the Athlone outfit.

Old Crescent, UL Bohemian and Dolphin all maintained their Division 2A status. Old Crescent enjoyed some strong end of season form as Matt Brown’s side just missed out on a play-off place by one point.

Nenagh Ormond finished second from bottom but the Tipperary side beat Rainey Old Boys over two legs to maintain their Division 2A status.

In Division 2C, Midleton, Bruff and Sunday’s Well all finished in mid-table while Clonmel beat City of Armagh over two legs in a relegation play-off to maintain their senior status.

Newcastle West RFC became the 14th club to win the Munster Junior League when they finished top of Section A at the end of March. This was the Limerick club’s first Munster Junior League title and it was hard earned with Bandon RFC and Thomond RFC just one point and three points behind in the table, respectively.

Newcastle West added more silverware when they won the Junior Clubs Challenge Cup earlier that month with a 35-16 win over Clanwilliam in Musgrave Park. Darragh Fox scored three of Newcastle West’s four tries as his side pulled clear of the Tipperary club in the final 10 minutes.

The Limerick club’s superb season was reflected in the winning of the Munster Rugby Junior Club of the Year award. 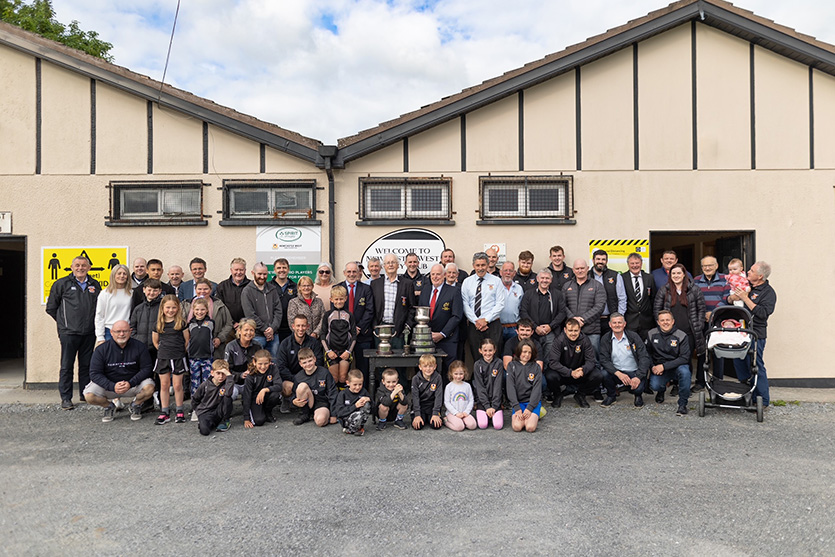 Crosshaven enjoyed an excellent season as their five wins from seven league games saw them finish top of Section B in the Munster Junior League. The Cork club will compete in Division 1 next season.

Thurles RFC enjoyed an unbeaten league campaign and finished top of Section C while they also won the Junior Clubs Challenge Shield with a 25-6 win over St Mary’s. Paddy McGrath was the star for Thurles scoring two tries, a conversion and a penalty. The Tipperary club also won the Bank of Ireland Munster Junior Plate for the sixth time with a 30-8 win over Cobh Pirates at Musgrave Park in April. 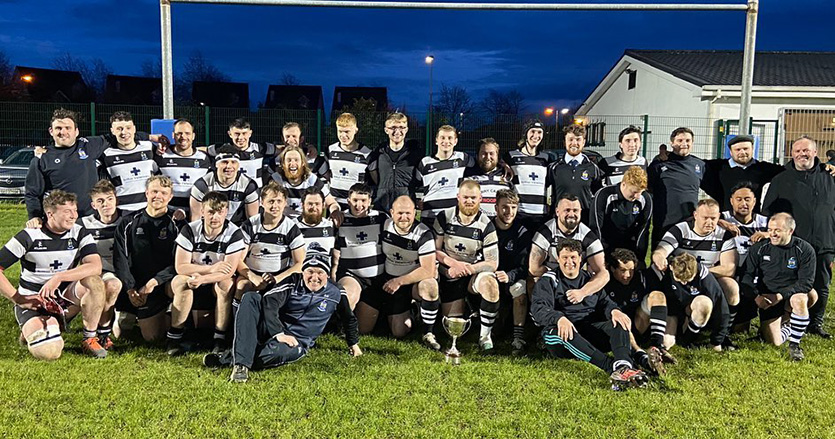 Cobh Pirates finished top of Section D of the Junior League while Castleisland RFC finished top of Conference E. The Kerry club also won the Galwey-Foley Cup to complete a double this season.

Dolphin won the Bank of Ireland Munster Junior Bowl while Bantry Bay won their first adult trophy when they defeated Youghal 13-5 in the final of the Martin O’Sullivan Cup.