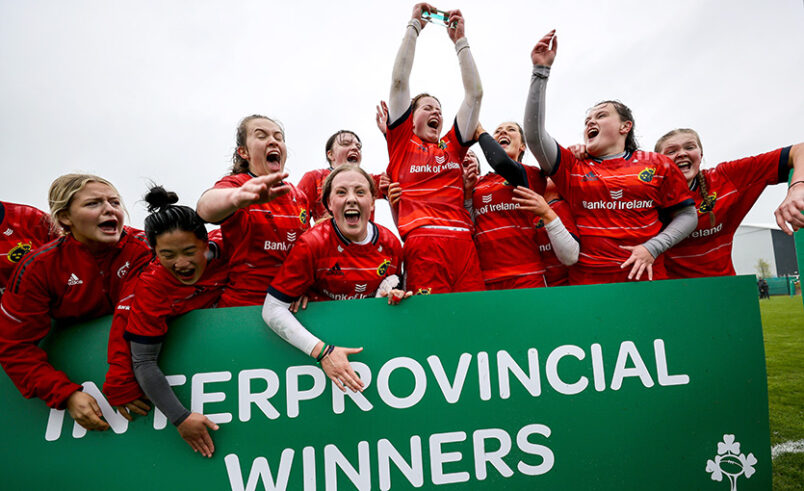 On the May Bank Holiday weekend, a Munster U18 side, which was one of four Munster teams which competed over two weekends, clinched the U18 interprovincial title.

The IRFU-run tournament was designed to develop core rugby skills of identified female pathway players and to identify players for national programmes such as the Rugby Europe Under-18 Sevens Championship which takes place in Prague in July. 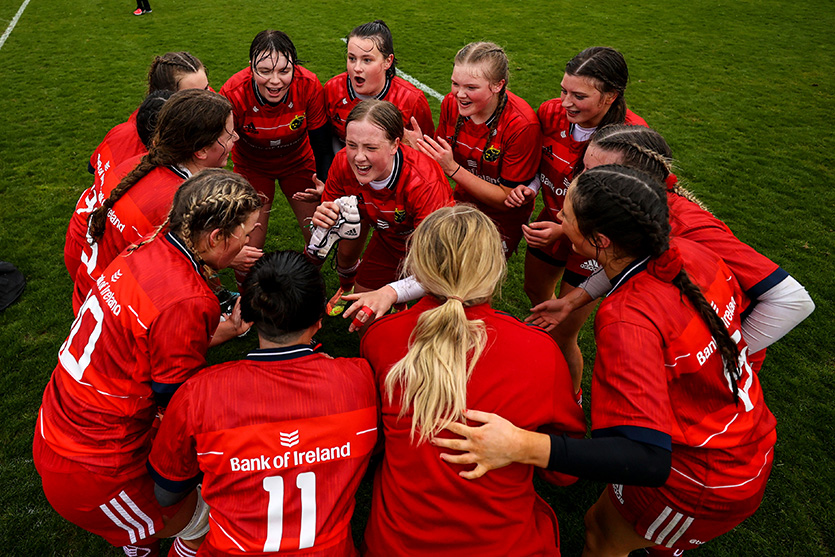 The Munster team celebrate as U18 champions ©INPHO

Imbusch is one of the Munster coaches in addition to Mike Pettman, Willie Shubart, Rosemary Dillon, Sana Govender, Brian O’Dowd and Audrey O’Flynn who worked with the 7s squads over the last number of weeks and months and he believes that the environment created by the players and the coaches contributed to the positive performances over those two weekends.

“It’s great to see how quickly the girls came together to create the environment,” Imbusch said. “I think a lot of it was down to the coaching groups with the 7s and in fairness to Mike Pettman, he brought a lot of good energy to it and the girls really responded in how they went about playing their rugby.”

Imbusch also states that the Interprovincial series and the recent U18 Six Nations Festival has led to more competition among the wider group and this will benefit the squads that will be selected for the summer 15s programme which will culminate in an interprovincial series.

“Some of these girls were fortunate enough over the last little while to be involved in the Ireland U18s selection and played in the Six Nations tournament in Scotland. They came back in, they were playing against each other having got to know each other over the last number of weeks so it was really good for competition for places and girls wanted to impress. 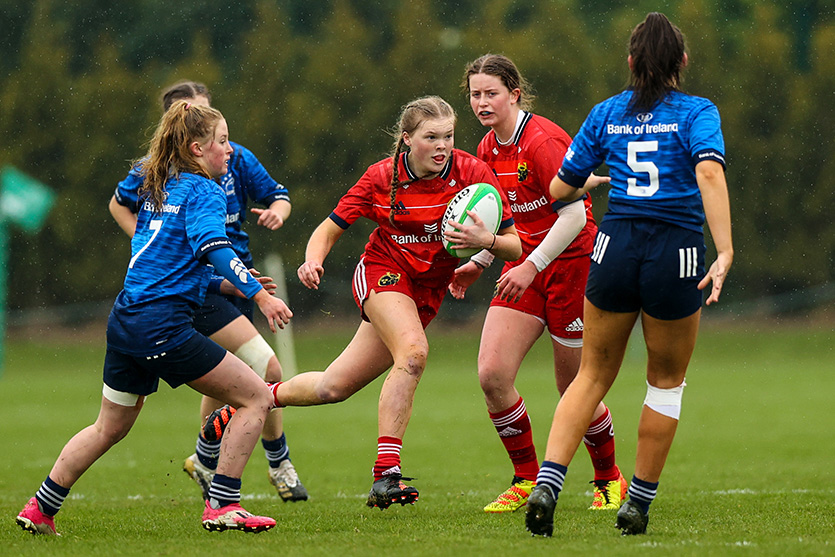 A general view of the action from the U18 final ©INPHO

“So yeah, it really brought the standard of rugby up and in terms of our own stuff in Munster, it helps those girls with that added experience who now come back into the group and offer a little bit more to what we were doing all along.”

These regional development squads consist of players from the club game, the schools game and the emerging schools programme. Imbusch explains that he and the rest of the coaches are currently in the process of selecting players for the summer programme.

“When restrictions were lifted we moved quickly enough to get a county development programme on the go for a month. From there then, we reduced numbers and we managed to select into an U16 and U18 Regional Development Programme which went on in the north and south. So they worked from mid November right through to this week.

“They played games last weekend and this week we’re informing players whether they have been selected for a final training squad of 40 players, this is for both age grades that will work through the month of May and then we reduce that squad number to 30 and we’ll then work through the U17 and U18 summer programme in preparation for games and interprovincials at the end of the summer.”

“We used the club game and schools cup and our emerging schools programme to Talent ID for all of these regional programmes.”

Give It A Try 2022 Gets Underway Across Munster