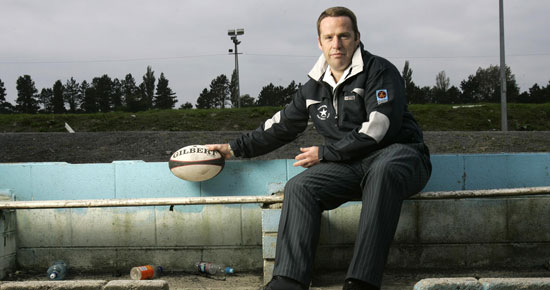 They haven’t lived up to their responsibilities – they’ve actually copped out and taken the easy option." so says Garryowen coach Paul Cunningham of the the decision by IRFU to maintain the staus quo in the AIB league format

And Brian Walsh coach of Cork Constitution was fully supportive of Cunningham, saying the League in it’s current from is "doing nothing to allow us to make the most of the players we have at our disposal."

For their part the IRFU maintain that the decision was made following a widespread consultation and review process that took into consideration the views of the constituent clubs participating in the competition.

What concerns people like Cunningham and Walsh and many more it seems is that this consultative process effectively means that the majority of Division Two and Three clubs have the major say in how the game should be structured even though their needs and ambitions hardly run parallel to those who advocate change.

Cunningham and Walsh expressed their frustration to Barry Coughlan in the Irish Examiner on Saturday.

Garryowen’s All-Ireland league winning coach Paul Cunningham accused the IRFU of a "cop out", a view endorsed by Brian Walsh,

coach of Cork Constitution who lost the league decider in agonising circumstances a week ago.

Cunningham believes that Irish rugby is on the road to nowhere unless the governing body do a quick about-turn and allow club rugby to develop and prosper.

It won’t do either, he said, if 16 division one clubs are fighting for a share of the quality player market that, he stressed, was getting smaller by the year. He also believes that the perception that the way forward was to develop Academy rugby is misguided.

"This isn’t about being selfish; it’s a positive fact. In essence, there are already two divisions within the first division, because only eight, maybe ten clubs, are providing the type of opposition that makes the league competitive.

"With 48 senior clubs in the country, it’s inevitable that you won’t get a consensus as to what should be done. In that sense, it was up to the IRFU to make some hard decisions about the future of the club game, to find the best way to protect rugby at that level and the best way to develop players. They haven’t lived up to their responsibilities – they’ve actually copped out and taken the easy option."

Cunningham was incensed following Thursday night’s decision to retain the status quo. The IRFU also said that the next review of the league structures will take place after a minimum of two seasons.

A statement, welcomed by the AIB sponsors, said: "This decision has been taken following a widespread consultation and review process. This review process included the views of all of the constituent clubs participating in the competition and the IRFU believes that this structure is in the best interests of Irish Rugby at this time."

Cunningham insisted that there could never be agreement reached between 48 clubs.

"Everyone has their own agenda, but the bottom line is that Irish rugby will suffer in the years to come. We’re now told that there will be anything up to ten A games at provincial level from next season on, but the players will have to be pulled from somewhere.

"I support the Academy system, but bringing players together for representative games, pulling them away from their clubs and not giving them opportunity to bond, learn and grow as team members isn’t the way forward.

"We need to give young players a grounding within their clubs; we need to give them the intensive type of competition that’s needed to allow them develop, or not as might be the case, into better players before they move on.

"The All Ireland League as it exists doesn’t give players the type of competition they need; the existence of A games involving a lot of those young players from next season certainly won’t either.

"At the moment, there is a fantastic group of talent in Munster and Leinster particularly. I wonder what’s going to happen a couple of years down the line when these top players move on. I worry about the system that’s in place."

Cunningham had a willing ally in Walsh, who declared: "The league is being operated on a rambling basis; it’s doing nothing to allow us to make the most of the players we have at our disposal because there are so few hard-edged games.

"The only way to find out whether a player can make it at a higher level is to put him under pressure every week. Whatever the IRFU has planned by way of development in the A context will only mean that players will come together for matches which will be viewed as some type of trial.

"It’s not the way forward and it never will be.

"I fear for club rugby as a result of this decision, but I also fear for the future of Irish rugby because this is not about individual clubs; it’s about the very future of rugby way beyond that in Ireland," he said.