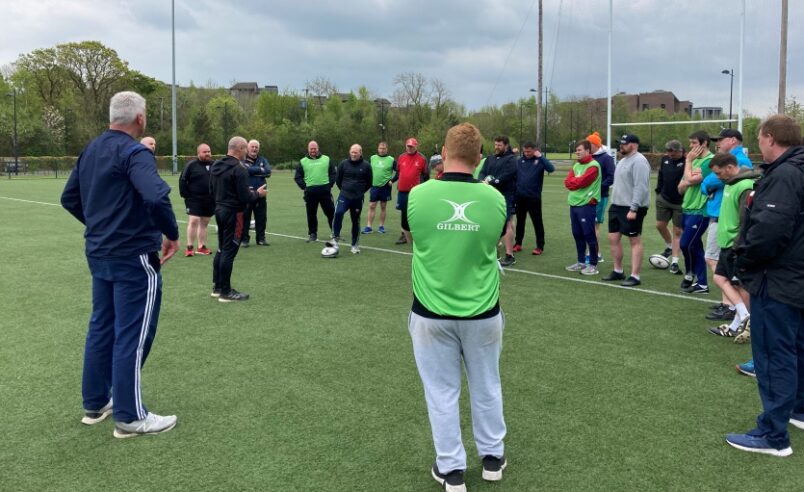 A recent coaching course held at the University of Limerick

This course brought the department’s delivery of formal IRFU coaching courses to 13, equaling pre-Covid deliveries and bringing back a sense of normality to the coach education program.

Speaking about the courses, Coach and Player Development Manager Keith Murphy outlined: “ This season saw a return of pre-Covid course numbers attending. We had over 330 attendees on our courses, which were delivered in Autumn and again in Spring. We are delighted to have the opportunity to offer the formal coach education program face-to-face again and have been overwhelmed this season with the engagement of the coaches, the clubs and schools”.

This season the IRFU Active Coach Badge Programme was introduced as a newly created IRFU CPD program for coaches. This has been designed to recognise coaches attending and participating in workshops, seminars, webinars, online activities, coursework etc and is associated with their coaching qualifications.

Going forward, all formally awarded coaches will be required to complete at least one CPD activity per year to receive a bronze badge and ensure their coach qualification is active. 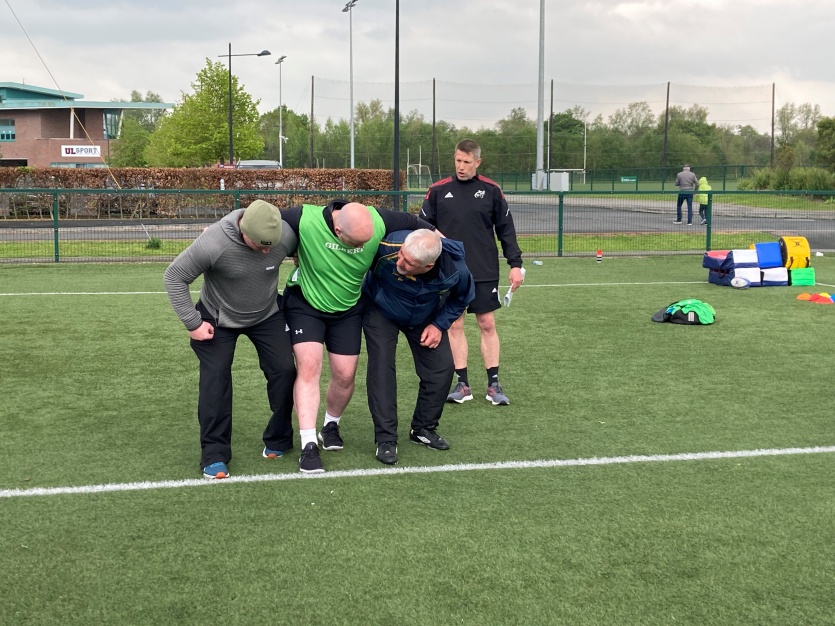 Commenting on the Active Coach Badge process, Murphy said: “We piloted the new CPD program this season with online modules and four regional face-to-face offerings. In the workshops we had academy coaches, domestic coaches and guest presenters promoting best practice in several areas of the game including scrum, lineout and the four cornerstones. It was great to see over 300 coaches attend these regional workshops and we look forward to confirming next season’s schedule later in the summer.”

Murphy continued: “Many of the attending coaches have completed at least their bronze badge, with others completing the silver and gold badges. This has been a very positive transition with coaches being recognised for attending and participating in our workshops or completing further learning through the online module offerings. We will see this process accelerate next season with coach qualifications available to view on Rugby Connect and ultimately connected with the club support scheme.”

Other coach development offerings this season included Play Rugby and TY (Transition Year) coaching courses. Both are modified rugby offerings, mainly non-contact, and are being delivered within schools and colleges across the province. Schools have used the TY program to run open days and rugby festivals, co-ordinated by the students, while colleges and universities offer rugby as a credited module across many of the sports courses within the province.

The Rugby Development team also delivered coach and player development workshops and sessions within their designated clubs and schools, with over 220 sessions recorded since October.

Coach observations were also conducted as part of the IRFU Performance and Senior Coaching Awards. Commenting on the coach development year as a whole, Murphy said:

“This has been a very successful year regarding our coach development program. To come out of the pandemic and revert back to full operations as seamlessly as we did is extremely pleasing.

“Great credit must go to the team of full and part time staff in Rugby Development. We aim to service the clubs and schools as best we can, and we are delighted with so much positive response and feedback. We will review our coach education offerings as we do each year, take learnings from this season, and look forward to next season promoting our formal and informal coach development program.”