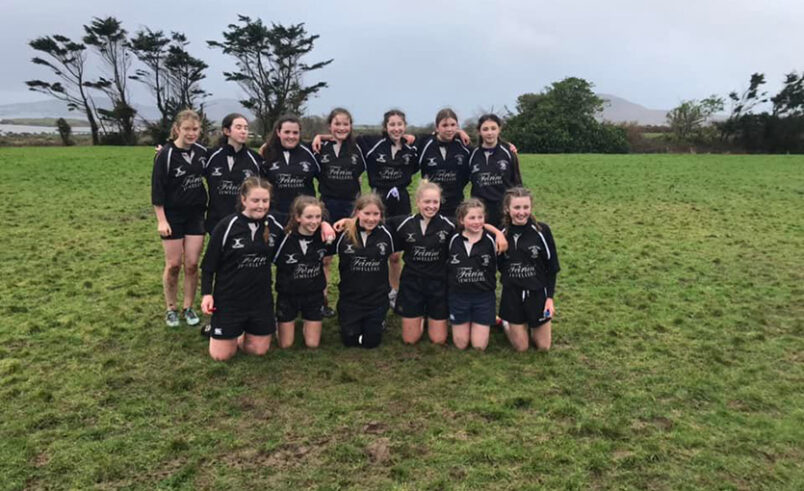 The latest Club Notes come from South Kerry as Iveragh RFC recently fielded an U14 girls team for the first time in the club’s history.

February 6th 2022 will go down as a landmark day for rugby in South Kerry. Iveragh Eagles U14 girls became our first girls club side ever to take the field of play.

We were delighted to welcome Old Crescent RFC and would like to thank them for making the long journey to Iveragh, for bringing such a healthy support down with them and for their great spirit, without them the day would just not have been the same.

The game itself was graced with what can only be described as classic South Kerry rugby weather but this did nothing to dampen the enthusiasm of both sides. They both got straight into a determined battle with no shortage of skills on display. The experience of Old Crescent showed through in the early part of the game which saw them dart over for the first try of the game.

Iveragh got back into the contest and a tense first half ended with honours equal at 15-15 with Eagles tries from Meabh O’sullivan, Emma Looney & Eliza O’Sullivan. 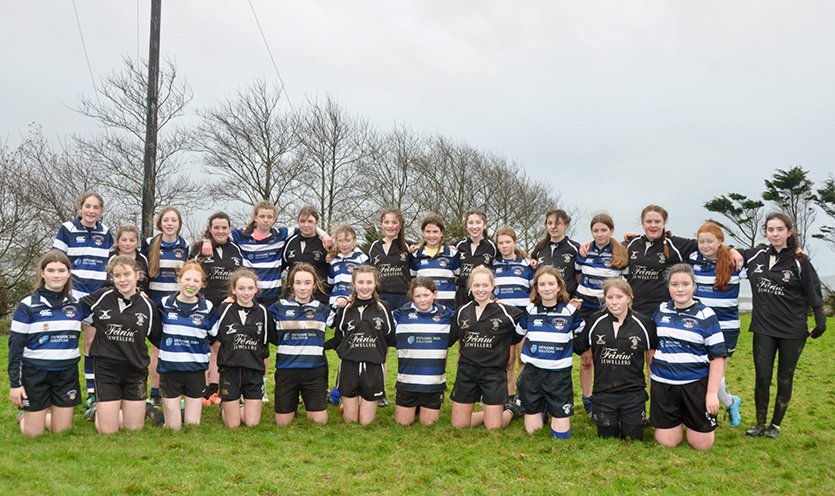 Even the rain itself grew in anticipation of the second half and itself nor the huge crowd of supporters were to be disappointed, we were all treated to some truly wonderful rugby which the conditions couldn’t touch. Iveragh struck first after the break with a searing break from Tessie O’Sullivan which saw her force her way over in the corner. The game really came to life in the second half with both sides showing some real pace in attack and grit in close quarters.

The two teams traded tries for the next period with Meabh O’Sullivan & Ruth Guiney crossing for the Eagles which left us heading into the closing stages at 30 all. Some strong defensive work from Aoife & Sarah Cournane from the kick off allowed Lilly-Mae Donnelly to continue her excellent distribution work and shift the ball out to Ellen O’Leary and there was no stopping her once in sight of the line.

Eliza O’Sullivan followed up with a magnificent conversion, capping an outstanding individual display and leaving the eagles victorious with a final score of 37-30. 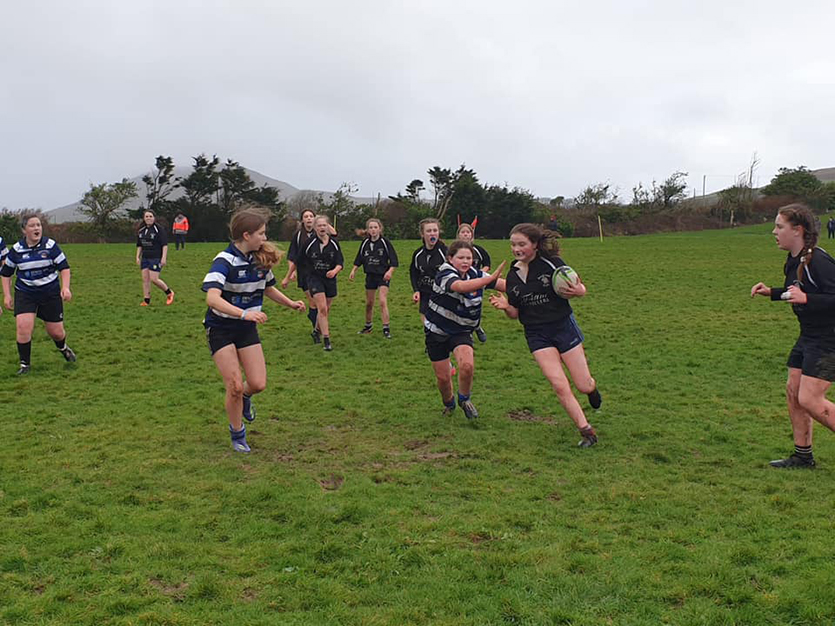 A beaming Tanya O’Sullivan, girls U14 coach, had this to say “I am unbelievably proud of the effort and commitment the players gave on the pitch. It so exciting to see the girls wear the club jersey and delighted they named themselves the ‘eaglettes’. It was a intrinsic moment for the club to play the such a historic club, as Old Crescent RFC. There is always room on the team for all players and the electric support from our home crowd really made it a day to remember!”

Her fellow coach Micheál O’Shea added (whilst he wouldn’t be one for quotes) “So proud of these girls with no game experience. This team showed heart and determination to overcome a tough opposition and to walk away with a win is more than we could ask for our little club. Eagles Abu!”

The girls and coaches now eagerly await their next fixture away to Middleton on March 5th.

A final huge thanks to our visitors Old Crescent RFC, this day saw a bond forged between our two clubs and long may that continue.

We’re always on the lookout for new players, so any girls or boys from 6-14 are welcome along to Cahersiveen at 11am every Saturday to come and give it a try, just get in touch.