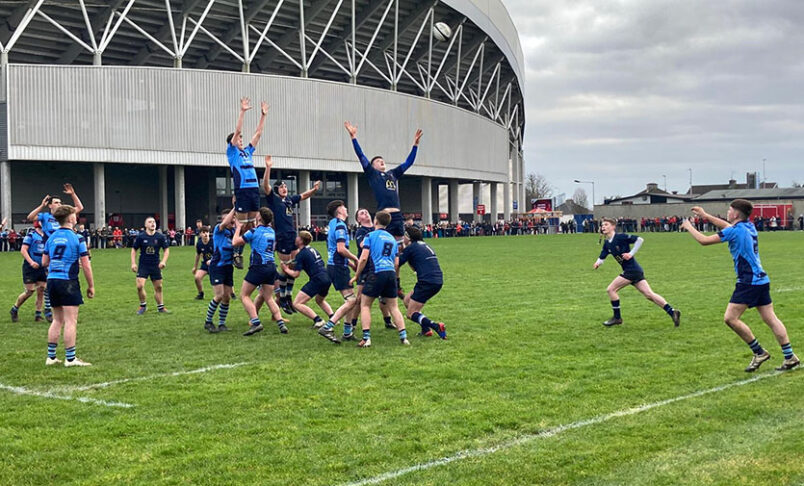 Castletroy College are through to the next round of the Pinergy Munster Schools Senior Cup thanks to a 31-3 victory over competition debutants Coláiste Pobail Bheanntraí this afternoon.

This was the West Cork school’s first time qualifying for the knockout stages of the Pinergy Munster Schools Senior Cup after they had previously qualified for the Munster Schools Junior Cup for the first time in 2019/2020 season.

Coláiste Pobail Bheanntraí defeated High School CBS Clonmel 17-14 in December in the Senior Cup qualifier to secure their passage to today’s opening round clash with Castletroy College on the back-pitch of Thomond Park.

No further history was made today, however, as Castletroy produced a strong performance which yielded five tries, four of those coming in the second-half, to secure a quarter-final meeting with St Munchin’s College.

The physicality of Castletroy’s pack was telling throughout and the Limerick school were up and running after eight minutes when full-back Lee Morgan crossed for the opening try of the game. Luke Heuston’s conversion attempt was wide as they edged into a 5-0 lead. 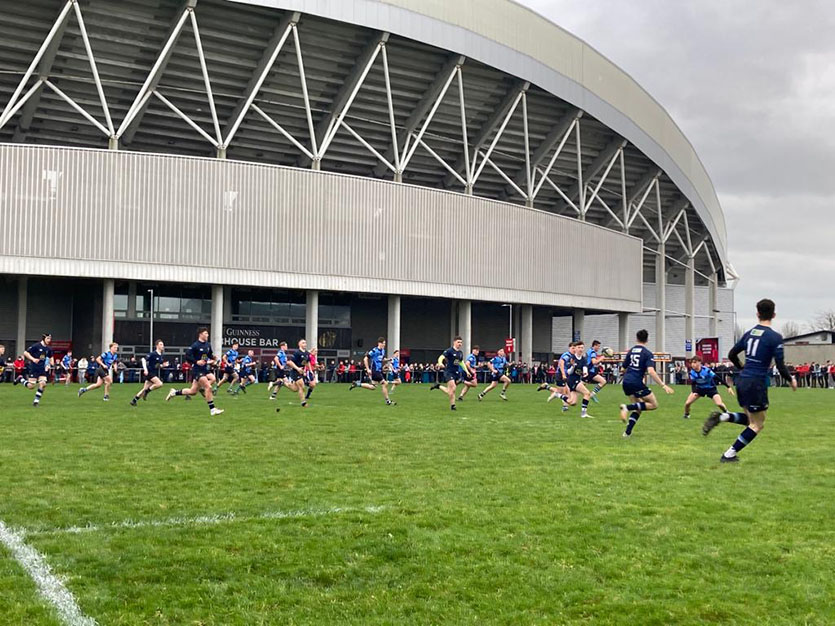 Castletroy College on the attack

The score line remained the same until halftime thanks to some determined defending from the Cork side but not long into the second-half, prop Max Hoare crossed for his side’s second try which was converted by Heuston. The 12 point deficit was reduced to nine when Coláiste Pobail Bheanntraí registered three points through the boot of Dylan Hicks.

Bantry gave a strong account of themselves throughout the match but Castletroy pushed on with tries from back-row Declan Aylward, centre Stephen Kiely and replacement Andrew Clinton to make sure of the result and set up a mouth-watering derby with St Munchin’s College later this month.