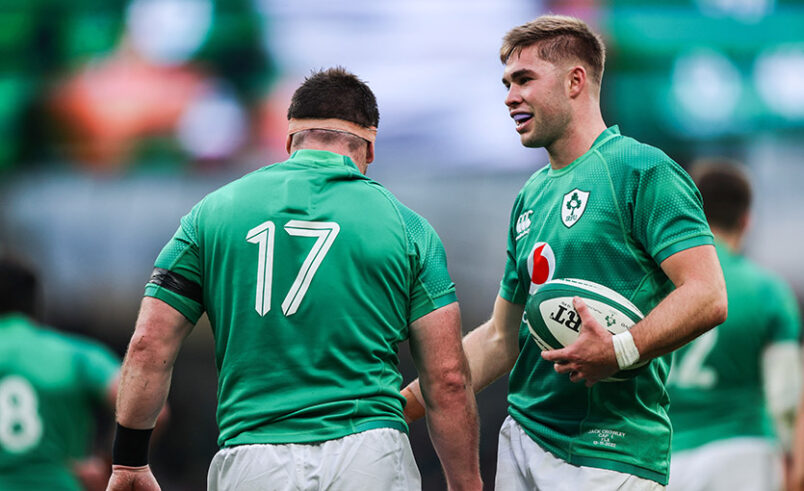 When Jack Crowley entered the fray five minutes into the second half of Ireland’s 35-17 win over Fiji at the Aviva Stadium, there would have been immense satisfaction and pride for all of those who played a role in the Innishannon man’s development, let alone his family and friends.

From Bandon RFC, all the way through to Bandon Grammar School, Munster representative squads, Cork Constitution, Ireland U20s, the senior Munster squad and finally to the Test match arena with Ireland, there would have been many who coached the 22-year-old. 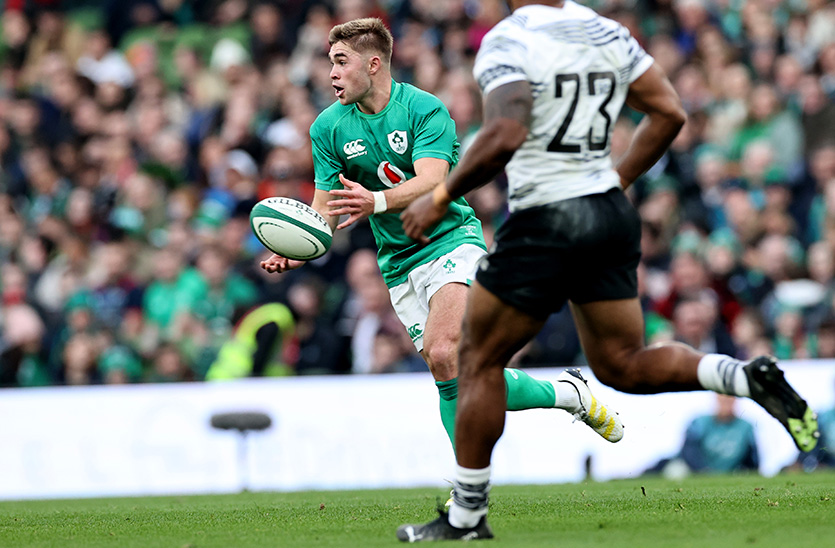 Eamon Guinevan, who is currently head coach of Bandon RFC’s J1s, coached Jack throughout his age-grade days in what was a hugely successful period for the club. Crowley would have been part of teams that reached the final of the Bank of Ireland U16 Munster Cup, which they lost to Waterpark, before claiming the U18 title against Skibbereen a few years later. In that same year, that Bandon U18 side won the All Ireland U18 Cup against Skerries.

“He’s our first homegrown international who has come up through the ranks from an underage player,” Guinevan told Munster Rugby.

“It’s a great honour for any club but especially because we’re not a big senior club. All the way along, you could see he had a bit of quality.”

For those younger players in the club, it provides an example of the pathway that exists and Crowley’s rise to the international stage can be a source of inspiration to the next generation.

“It can inspire younger kids when they see somebody who went through the same pathway as themselves. They can see there is a route there for them and obviously inspire them to see if they can follow and also analyse what got him there and what they need to do to get there.”

Looking back on Crowley’s time with the club, Guinevan outlines that it was the 22-year-old’s temperament which really stood out, particularly with how the out-half reacted things not going his way. 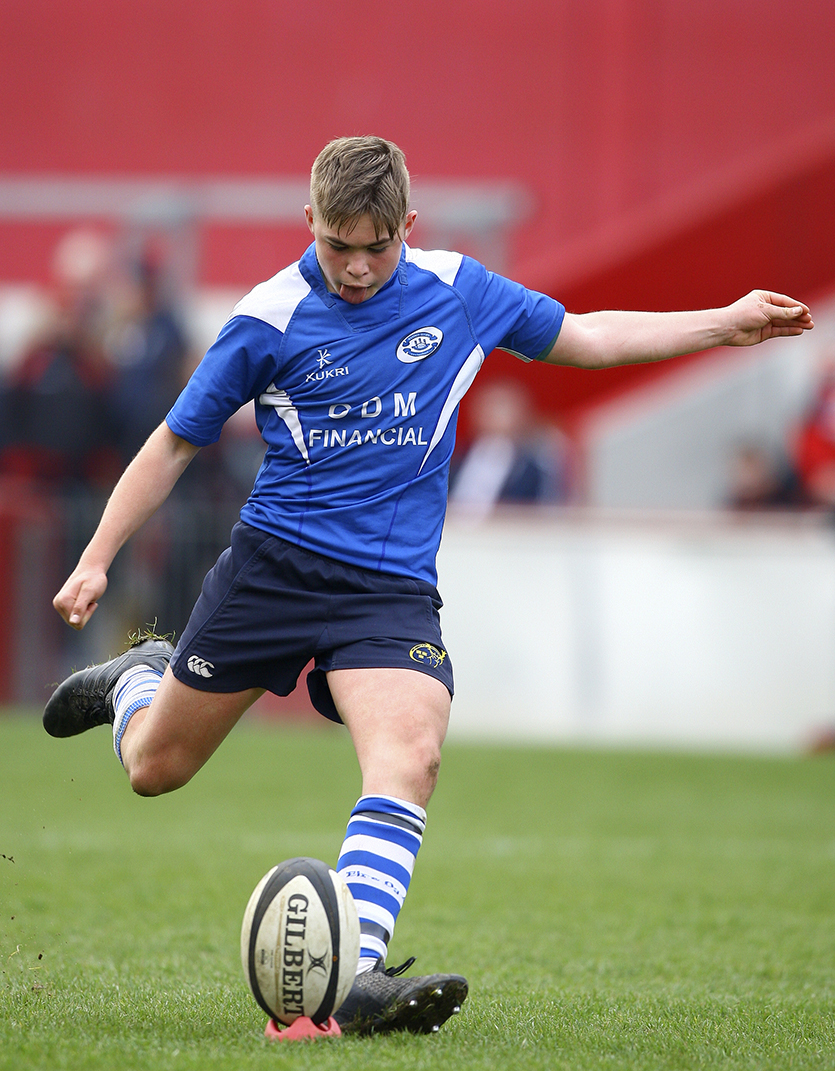 “He was calm and he was confident. You are, in effect, the quarter-back of the team. If you don’t have that confidence, it’s difficult. I thought Ronan O’Gara was the best example of it but he never allowed a bad decision or a mistake to effect him. He (Jack) was able to bounce back within a game if something went wrong. He was able to turn it around and recover very quickly from a mistake or something that he didn’t do properly.”

In addition to this, Crowley’s ability to perform under pressure was another standout trait, particularly in that successful U18 year when Bandon won the Bank of Ireland Munster U18 Cup final before going on to win the All Ireland U18 title against Skerries.

“I remember a match out in Dunmanway in an U18 Cup match and he kicked a conversion from one side into the wind and he kicked a winning penalty from the other side. He had that ability to kick pressure kicks. He just had that control and in that year against Skibbereen (final), we probably didn’t play well in the first half and we were up against it into the wind and we played really well in the second half to beat them.

“The best performance I can remember from him really was in the All Ireland final against Skerries. He was really good that day. He was able to do it on the big occasion. When the pressure was on he able to perform.” 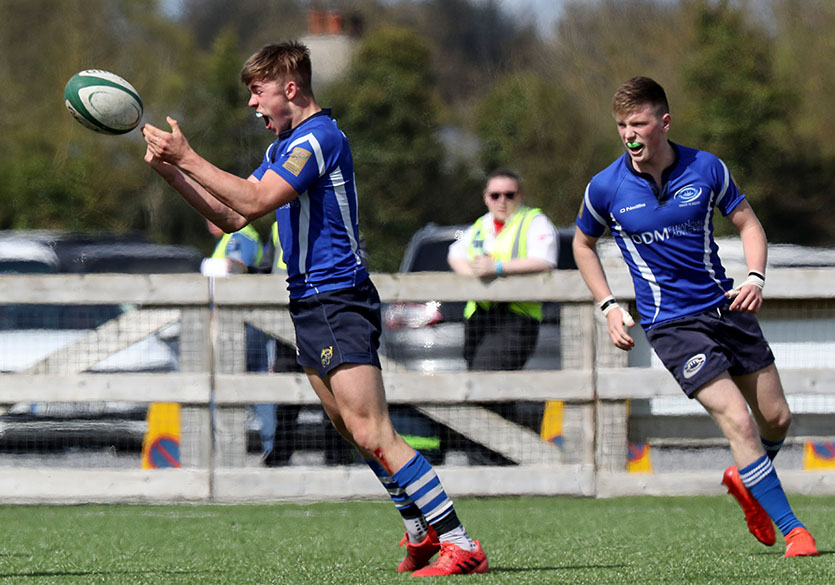 During this time, Crowley also lined out for Bandon Grammar School in the Munster Schools Senior Cup. In fact, he played in three Senior Cup campaigns as the school began to compete regularly with the best sides in the competition.

Crowley would then get his first taste of adult rugby in 2019 with both Munster A and Cork Constitution FC in Division 1A of the men’s All Ireland League.

Former Munster out-half and current Cork Con head coach Jonny Holland remembers Crowley’s first training session in Temple Hill well and was immediately impressed with how the youngster adapted to the cut and thrust of AIL.

“Our system in Con,” Holland begins, “I’m not saying it’s the best system in the world but it’s not straightforward when you come in out of the cold. There’s a bit of understanding in it and Jack just went straight into training and started running the show. There was a little bit more learning after that but I remember thinking how easy he fits in here and he started bossing fellas around and started throwing the ball around. It was impressive.”

Adapting to adult rugby can be a daunting prospect, let alone coming into an established team which regularly competes in the top four of Division 1A. From Holland’s point of view, this step up never seemed to faze the Innishannon native. 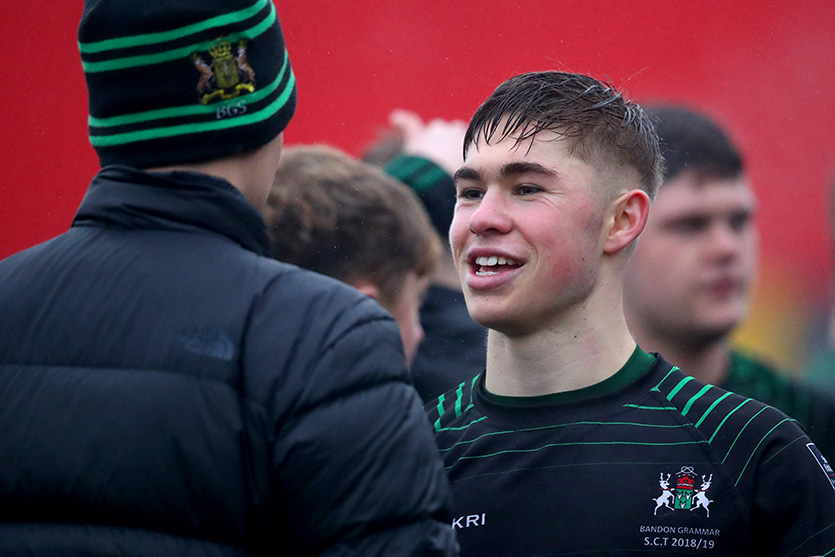 “It is daunting. And I’ve been there myself and I know it’s daunting. The fact is he’s just kind of doing it, it never really seems to faze him but he’s got an appetite to learn. When you got a fella like that, if he doesn’t understand it, he just keeps going until he does. It doesn’t really surprise me but it should be a lot more daunting than he’s making it look.”

In that 2019/20 season, the door opened for Jack to play at out-half after Aidan Moynihan suffered an unfortunate injury against Terenure. Holland says that Crowley didn’t look back after that and gained some valuable experience ahead of the Ireland U20s campaign later that season.

“In our fourth round game away to Terenure, Aidan Moynihan who is our captain started at 10 and Jack would have been introduced at 15 to get him a bit more game time and get him more comfortable in the system and get him into the team at some stage.

“Unfortunately Aidan broke his leg up in that game, it was very wet up in Terenure and I think Jack had to go after 20 minutes into out-half. He went straight in but in the weeks after that, Noel McNamara with the U20s was happy enough to let him play with us as much as we could. I think he was getting top grade game time in the AIL which you couldn’t pass up for a guy preparing for an U20s campaign. It worked out for both sides and he hasn’t looked back.” 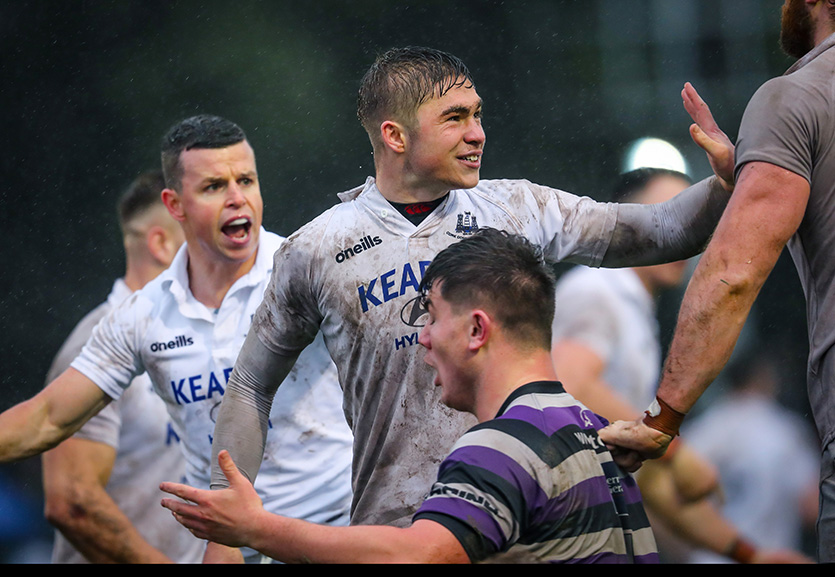 Crowley, of course, would go on to play for Ireland three times in the U20 Six Nations before it was cut short due to Covid-19.

He entered the Munster Academy at the start of the 2020/21 season and from there he would go on to hit a number of milestones including his senior Munster debut and his Champions Cup debut.

2022 has now seen him rise to the senior international ranks and there’s no shortage of pride as Guinevan says:

“It’s great for the club and it’s great for his family who have been involved with Bandon for a long time. Everybody is thrilled for him.”