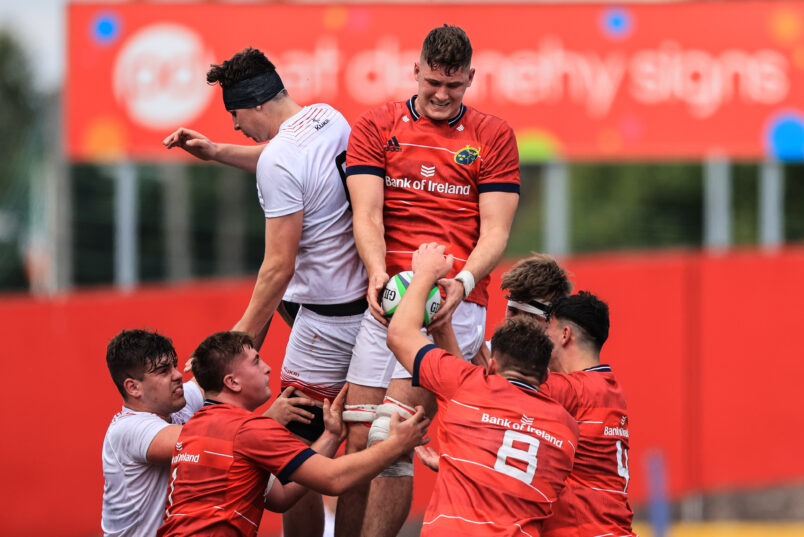 Evan O'Connell in action for the Munster U19s against Ulster earlier this season. Inpho

A former Castletroy College student, Evan lined out for the Munster U18 Schools team at the start of the 2021/22 season.

He captained Castletroy in the Pinergy Munster Schools Senior Cup later that year before lining out for Ireland in the 2022 U18 Six Nations Festival.

O’Connell featured for the Munster U19s in the 2022 Interprovincial campaign.

He was named in Munster’s matchday squad for the URC derby against Ulster at the end of October.