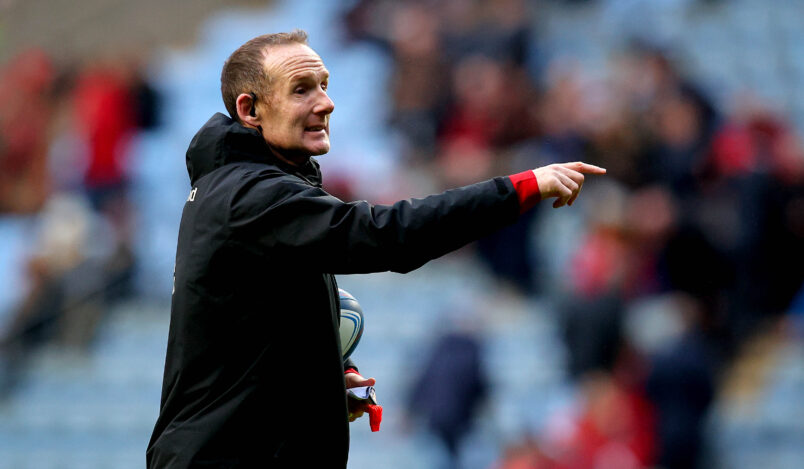 It has been a hectic period for the Academy with players in action for Munster in the Champions Cup and URC, the Ireland U20s, the Ireland Sevens team and a Munster Development XV.

Paddy Kelly (hamstring), Edwin Edogbo (achilles) and Jonathan Wren (hamstring) are all currently unavailable and Conor Phillips was in action for the Ireland Sevens team at the Malaga leg of the World Rugby Sevens Series last weekend.

All three of the Ireland U20s’ home games in the Six Nations are being played at Musgrave Park with tickets available here.

Hear the latest from Costello below.

Young players stepping up for Munster against Wasps last month…

“It has had a very positive impact on our alignment up and down the pathway and the connections and relationships.

“NTS players trained and played with Academy players, with senior pros, with internationals – so it’s done a huge amount for the environment from that point of view.

“Over those couple of weeks there was a lot of focus on the connections between the senior players and the Academy players. That has continued and it’s a form of mentoring really – for example, Joey Carbery working with Tony Butler, Peter O’Mahony working with Daniel Okeke – all of those things have continued so it’s a lovely, organic follow-on from that.

“And it’s the same with the staff, we ran a couple of CPD events around that time as well where we invited in the pathway coaches. The NTS and Academy coaches all got to work with senior coaches as well. Right across the board it just brings more alignment and coherence and builds better relationships which can only be positive going forward.”

See more details about the pathway coach development day in the video below.

“There’s definitely been a notable raise in people’s performances based on the confidence, the belief, the fact that it’s inspired a lot of people that didn’t make it over to Coventry. Just that experience and it certainly has inspired players who did go to Coventry.

“A case in point is probably Scott Buckley who was 100% in the lineout that day, man of the match and now he’s moving up to a senior contract for next year and he made a very positive impact off the bench against Wasps at the weekend.

“So there were a lot of positive effects from that experience.”

Continued involvement for Munster players in the AIL…

“There is no way that Wasps performance [in December] would have happened without the exposure to AIL and the quality of the rugby in the AIL, and our connections and communication with the club coaches.

“There was a huge amount of goodwill in us being able to bubble over 30 players to prepare for that game and that was on the back of a real focus on continuing to develop that relationship between our clubs and Munster, and that’s ongoing.

“Last weekend we saw 19 players go out to play with their clubs. All of that footage was reviewed and again in meetings today we saw highlights packages of all those players. They are all in with the chance of playing against Zebre this weekend so it just comes hand in hand and it’s a huge part of our pathway.

“Especially for Academy players, it’s the main place they play rugby. I was at a really competitive derby between Garryowen and Young Munster at the weekend and all the coaches were at different games, and we are every week because it’s vital for our development and progression.” 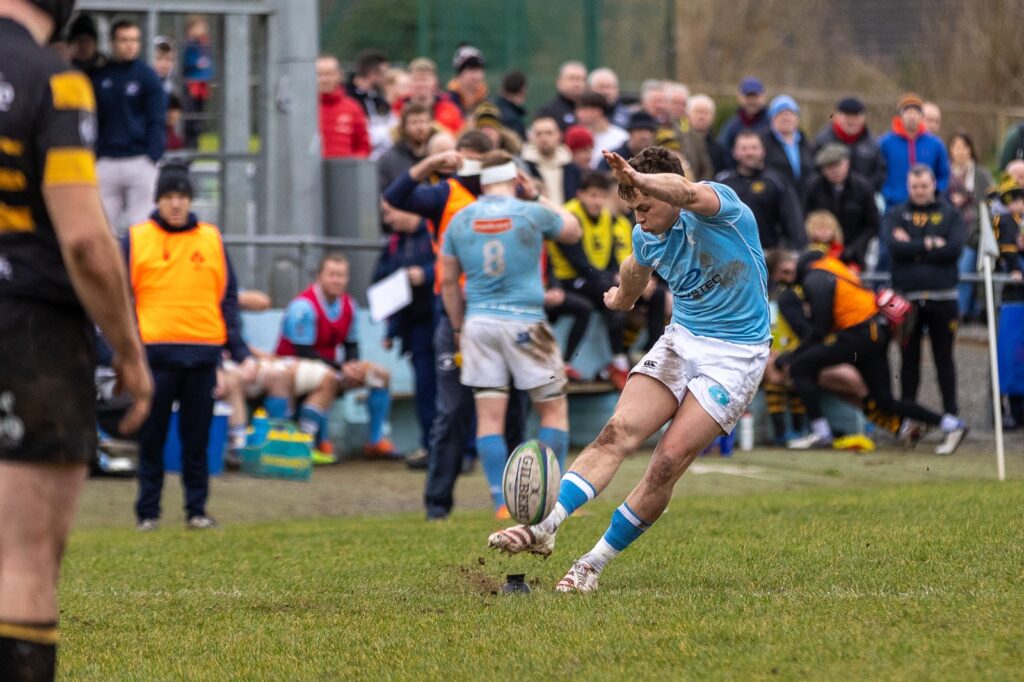 Academy out-half Tony Butler was one of 19 Munster players in AIL action at the weekend.

“It was very useful but it was very disappointing with the weather that day – it was biblical in terms of the rain and the wind. That made it very difficult to play.

“We picked 10 U20 players, five U21s and four or five guys who were U19s so we had a lovely blend of a young team and we really wanted to give those players the best opportunity to get into the Ireland U20 squad for the Six Nations. There was lots of endeavour and lots of effort but with the weather the game was like a bit of a lottery at times.

“The build-up to the game was really good, we brought in U19s guys on the bench and we also brought in some U18 guys to train and get exposure even though they couldn’t play. It was a great chance to get to know these players a little bit better and, similar to the Wasps experience, get them to experience what happens at a higher level.” 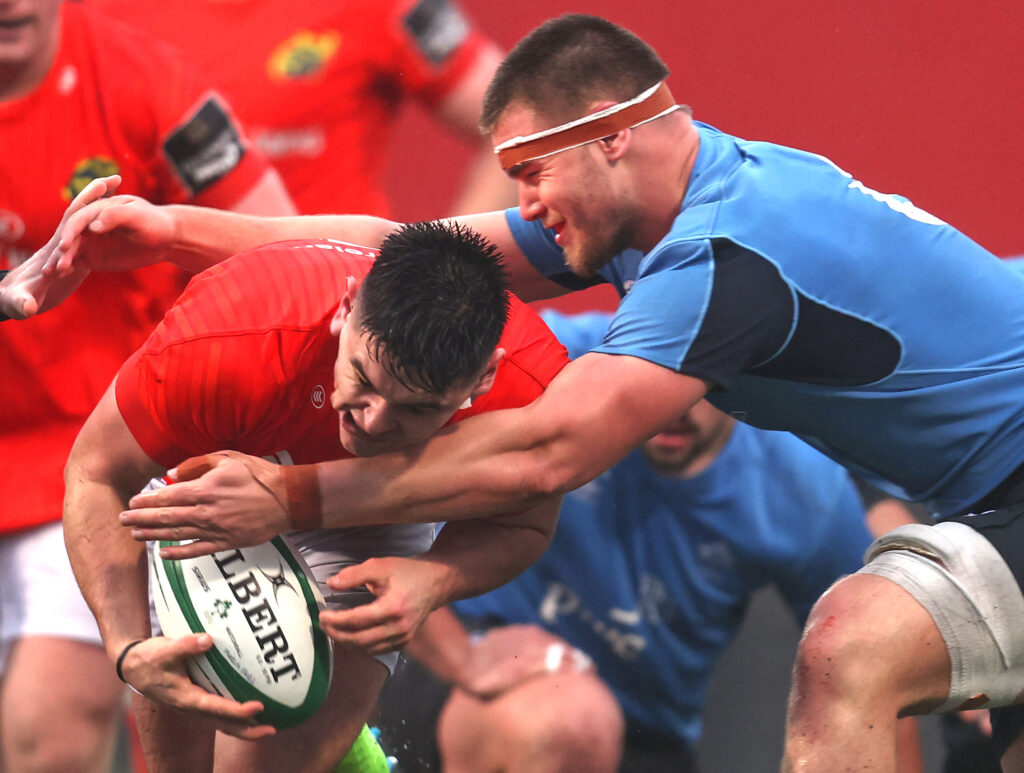 “There are 11 Munster players in camp training with the Ireland U20s this week and hopefully we’ll have a strong representation there.

“There are three Academy players – Ethan Coughlan, Tony Butler and Pat Campbell – and we would have had a fourth but Edwin Edogbo’s out injured with his Achilles.

“There are a number of players who are strong contenders to be involved throughout the campaign.

“For players like Pat Campbell and Darragh McSweeney too there’s an opportunity to play in front of their friends and family, that’s a massive experience. It’s great for us that those three big games are in Cork.”

“They’re two exceptional players and exceptional characters to be fair to them. Alex dominated last year in the Six Nations, captaining Ireland U20s and he was probably unlikely to go through the full three-year cycle in the Academy based on where he’s at.

“Scott, in particular since that Wasps performance, has gone to the next level. I think that’s the challenge with the Academy, guys need to be ready. It’s not often a three-year cycle.

“Those guys have done really well and paved the way or inspired other guys to push onto the next level so a lot of positive things happening in that space.”