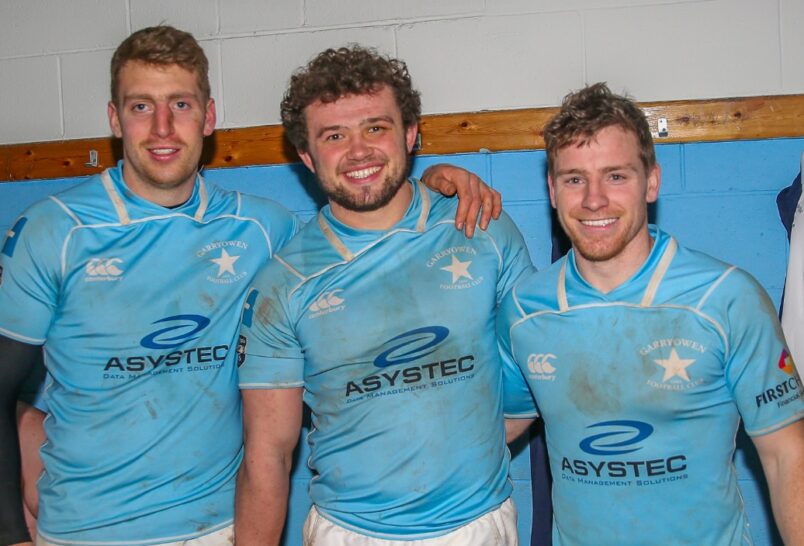 There were plenty of Munster senior and Academy players in AIL action again this weekend with 19 players lining out for their clubs.

See a comprehensive round-up of the action here.

Eight Munster players featured in the Limerick derby between Garryowen and Young Munster at Dooradoyle as the hosts secured a 31-24 victory.

Tony Butler, Liam Coombes, Neil Cronin, Jack Daly and Mark Donnelly helped Garryowen to the victory as Butler kicked four conversions and a penalty with Cronin among the tries.

Patrick Campbell, Dan Goggin and Eoin O’Connor were among the Young Munster side.

Five Munster players were in Cork derby action with Seán French a try-scorer for Cork Constitution in their 24-7 win over UCC. Liam O’Connor and Alex McHenry also featured for Con with James French and Jack O’Sullivan lining out for UCC.

Paddy Patterson scored a brace of tries for UCD as they beat Lansdowne 32-27.

In Division 1B, five Munster players helped Shannon to a 42-24 victory over Malone on the Thomond Park back pitch.

Ethan Coughlan, Daniel Okeke and Roman Salanoa were also in action for Shannon.