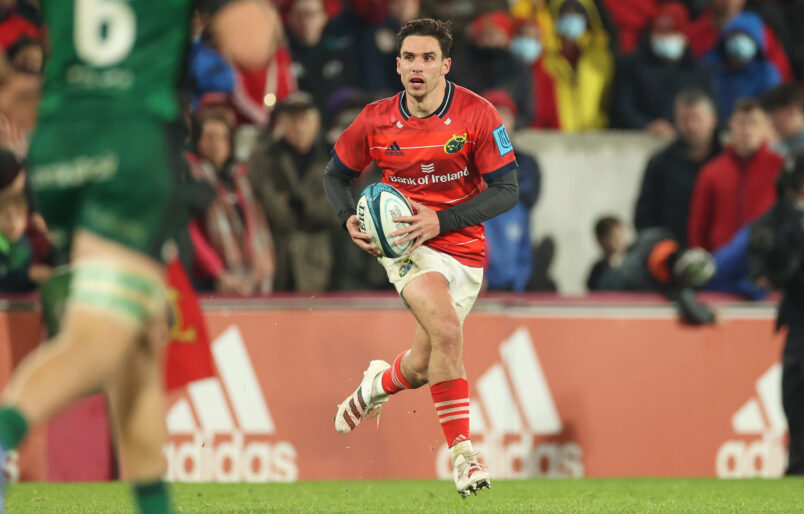 Joey Carbery is one of six players to sign a two-year contract extension. Inpho

The six players have signed two-year contract extensions that will see them remain with the province until at least June 2024.

Since joining the squad in 2018 Ireland international Joey Carbery has made 30 appearances in red, scoring 264 points.

During this time, the out-half has been unlucky with injuries but has returned to show his quality on each occasion and while he is currently sidelined with an elbow injury, it’s a huge boost to have a player of his calibre commit to the province.

With four tries in 10 appearances, Coombes has shown his quality and versatility since moving up to the senior squad from the Academy in 2020.

A product of Skibbereen and CBC, 24-year-old Coombes plays his AIL rugby with Garryowen and has lined out on the wing and outside centre for the province. 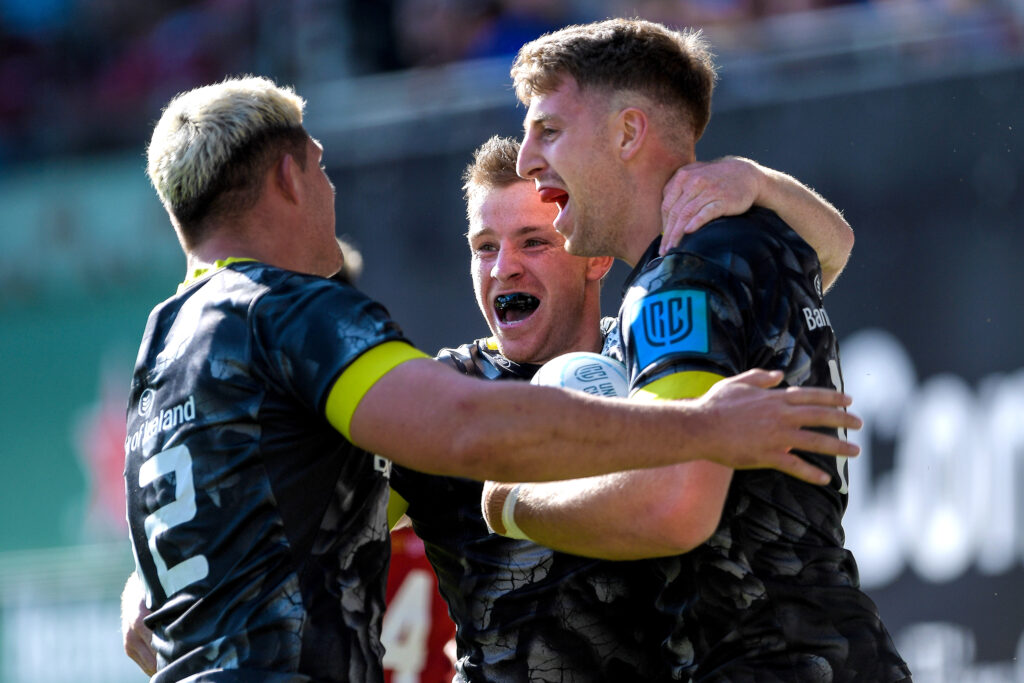 Farrell has earned 15 international caps since moving to Munster from Grenoble and has been an ever-present for the province since returning from an abdomen injury last month. 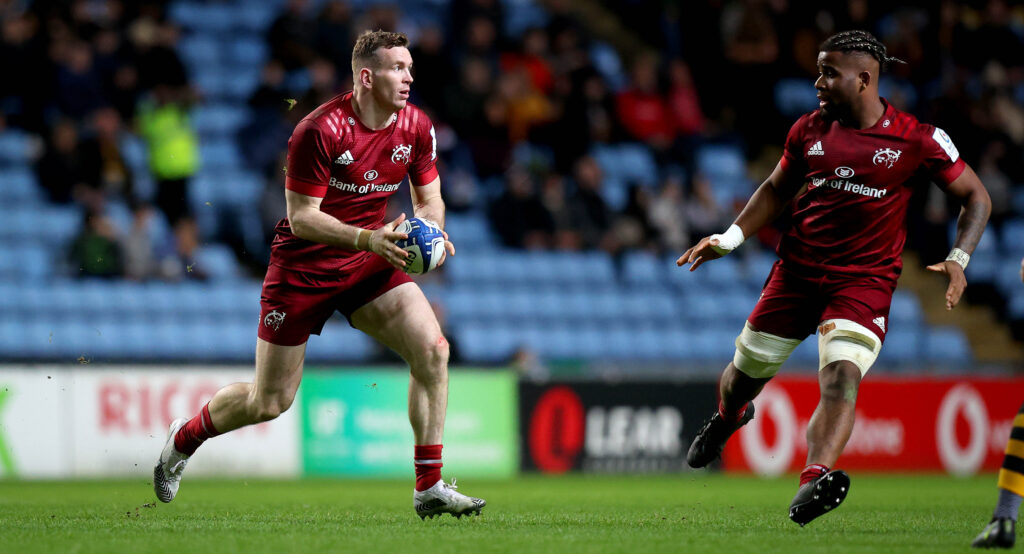 Chris Farrell in action for Munster against Wasps last month.

Ireland international lock Jean Kleyn is closing in on a century of Munster appearances, scoring 12 tries in 97 games since joining from the DHL Stormers in 2016.

Kleyn has been one of the province’s most consistent performers over recent seasons and is currently sidelined with a knee injury. 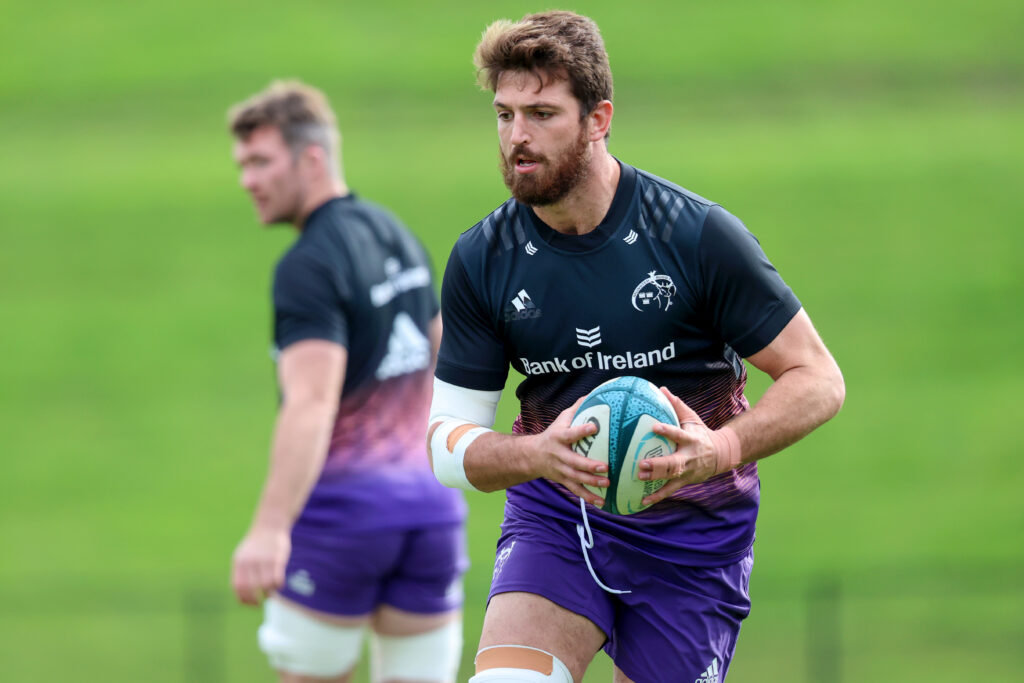 Back-row forward Jack O’Sullivan has scored two tries in 21 Munster appearances since making his debut in 2019.

A product of PBC, the 23-year-old UCC clubman made his Champions Cup debut in January 2020 and made 10 appearances last year after graduating from the Academy. 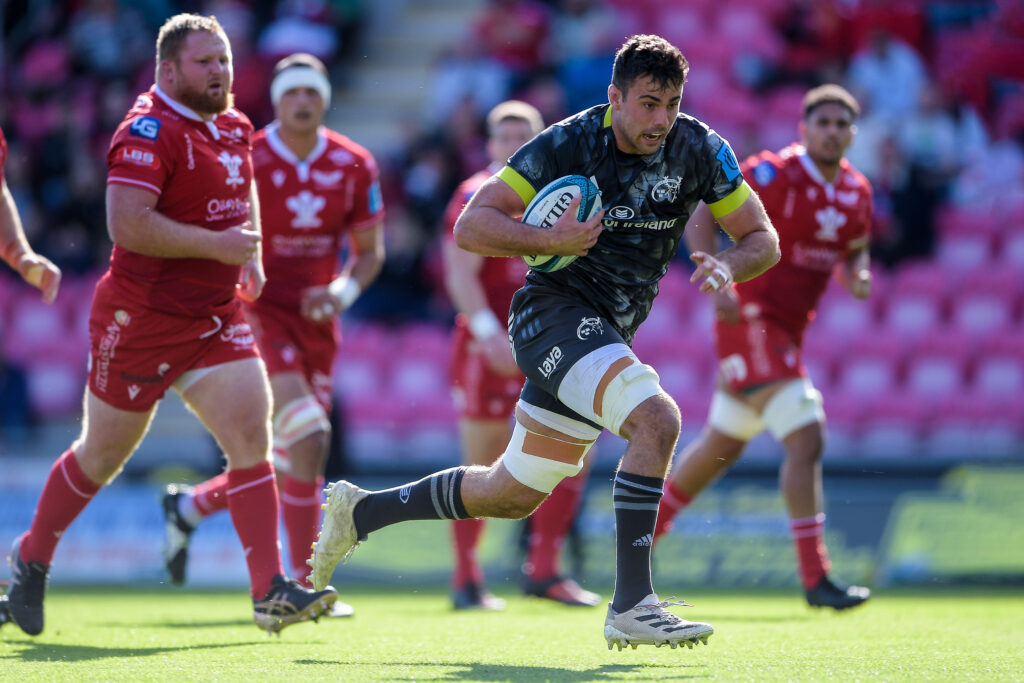 Jack O’Sullivan on his way to scoring a try against Scarlets earlier this season.

In his second year of the academy, 20-year-old Alex Kendellen will advance to the senior ranks ahead of the 2022/23 season.

A product of PBC, the UCC back-row forward has made four appearances to date – including a Champions Cup debut against Castres – with his first start coming against Connacht in the United Rugby Championship last weekend. 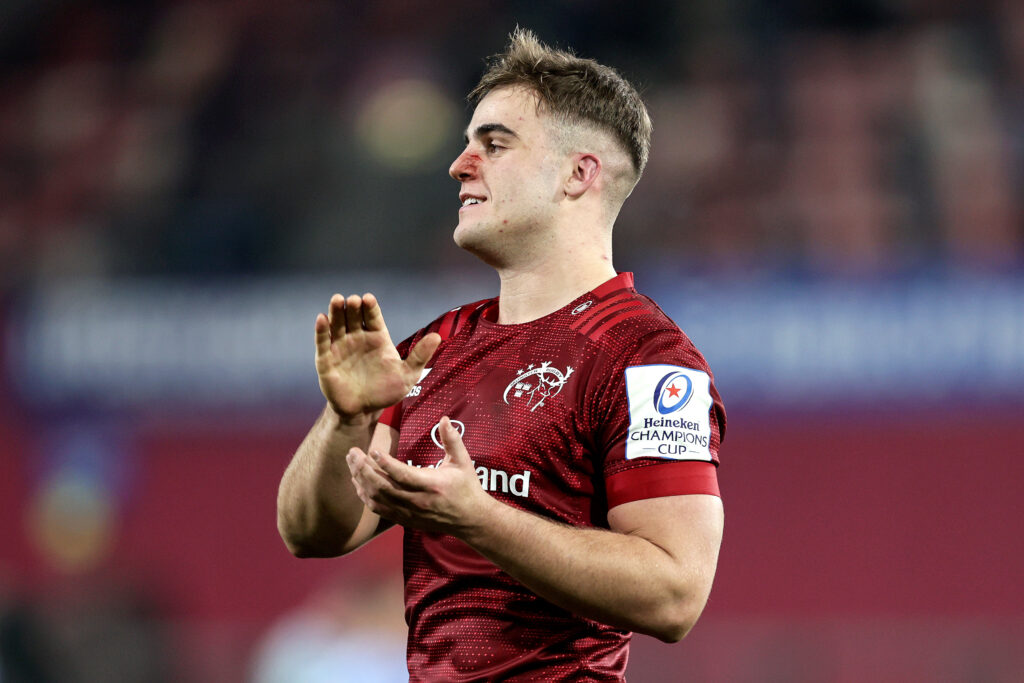