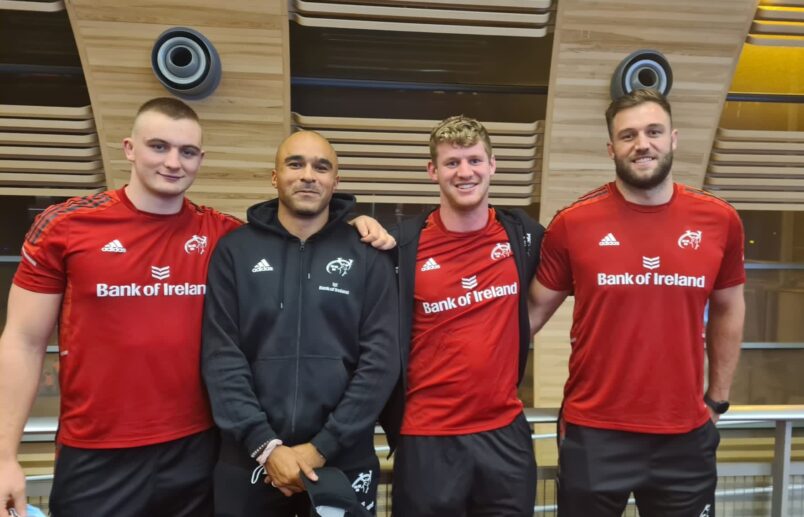 Munster return to United Rugby Championship action this Saturday in Pretoria, South Africa, this Saturday after a very successful series of fixtures for the Ireland Men’s and Women’s sides.

Munster return to United Rugby Championship action this Saturday in Pretoria, South Africa, this Saturday after a very successful series of fixtures for the Ireland Men’s and Women’s sides.

Scroll down to see what’s happening in the coming days across the organisation.

Read our latest Squad Update as a 33-player squad has landed in South Africa for the upcoming two-game tour with a number of Greencore Munster Rugby Academy players in AIL action over the weekend.

We will also have details of a public auction of items that are available as part of our event in Dubai this week.

You can also read full round-ups of the weekend’s domestic action here.

We expect to have news from the Munster Schools Senior Cup.

We will be holding a remote Press Conference in South Africa ahead of #BULvMUN.

Read our latest ticket and hospitality updates with high demand for our upcoming Interpro derbies and Champions Cup clashes at Thomond Park.

We have a feature video from the John O’Neill Memorial blitz that took place in Waterford earlier this month on his one-year anniversary.

Our latest Academy Update has the latest news on the province’s young players.

Read a comprehensive match preview ahead of #BULvMUN in our ‘All You Need To Know’ article.

The Munster team to face the Bulls will be named before noon.