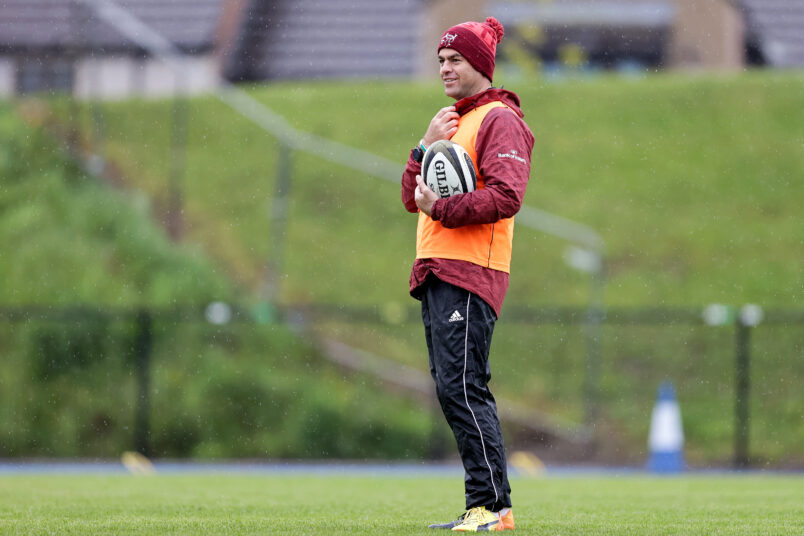 Munster Rugby Head Coach Johann van Graan has given his reaction to Wednesday’s 2021/22 Champions Cup Pool draw with the province set to face Castres Olympique and Wasps Rugby home and away in December and January.

Munster Rugby Head Coach Johann van Graan has given his reaction to Wednesday’s 2021/22 Champions Cup Pool draw with the province set to face Castres Olympique and Wasps Rugby home and away in December and January.

See full details of the draw and competition format here.

Castres are very familiar opponents with Munster facing the French side in Europe on 16 occasions, most recently in 2018/19. In fact, no other clubs have met as often in the tournament.

Munster have also faced Wasps previously, most memorably at the semi-final stage in 2004 at a sold-out Lansdowne Road. The English side won a classic encounter on a 37-31 scoreline before clinching the title against Toulouse at Twickenham.

The sides last met at the Pool stages in 2007/08 with both teams winning their home fixture as Munster went on to win the competition for the second time.

Following the draw, Munster Head Coach Johann van Graan said: “This is always an exciting time for our squad and supporters in finding out who we’re facing in the Heineken Champions Cup next season.

“As always it’s going to be hugely competitive and with the new format in place you’re up against it from the very beginning, and there’s no margin for error.

“These are the best sides in Europe coming together and with Castres and Wasps we know the challenge that lies ahead.

“Everyone knows our history with Castres and it’s a side we’ve faced many times in this competition so no doubt the games will be as hotly contested as ever.

“Wasps are a quality side with a rich history in Europe also. Like playing any English side it will be a tough, physical battle against them but one we are very much looking forward to.”

By adding your name to our waiting list you will receive priority access to Season Tickets should they become available after the renewal period. Sign-up here.