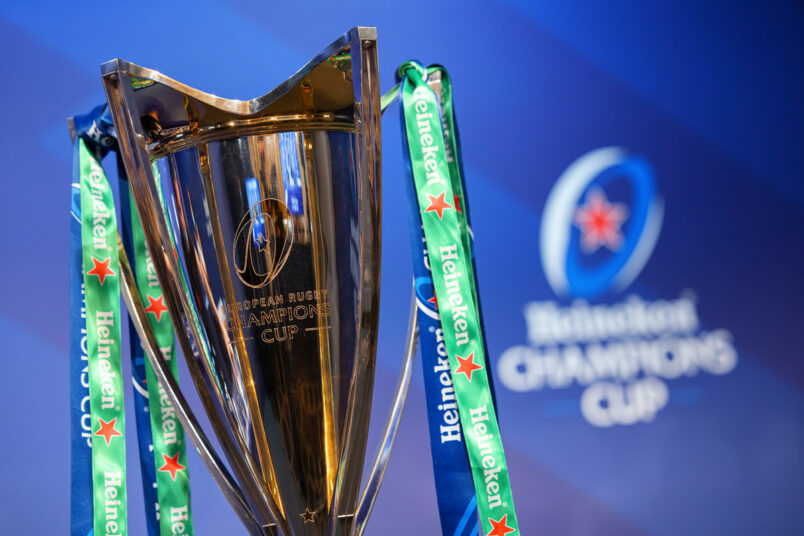 Munster Rugby will face Wasps Rugby and Castres Olympique in Pool B of the 2021/22 Champions Cup.

Munster Rugby will face Wasps Rugby and Castres Olympique in Pool B of the 2021/22 Champions Cup.

The province’s four Pool games will feature home and away matches against Wasps and Castres in December and January with details of the competition format below.

The exact dates of the Heineken Champions Cup pool stage fixtures, as well as venues, kick-off times and TV coverage, will be announced as soon as possible following consultation with clubs and EPCR’s partner broadcasters.

By adding your name to our waiting list you will receive priority access to Season Tickets should they become available after the renewal period. Sign-up here.

The clubs have been divided into two pools of 12 – Pool A and Pool B – by means of a draw and the tournament will be played over nine weekends with four rounds of matches in the pool stage starting in December.

The eight highest-ranked clubs from each pool will qualify for the knockout stage which will consist of a Round of 16 on a home and away basis, quarter-finals, semi-finals and the final in Marseille on 28 May 2022. 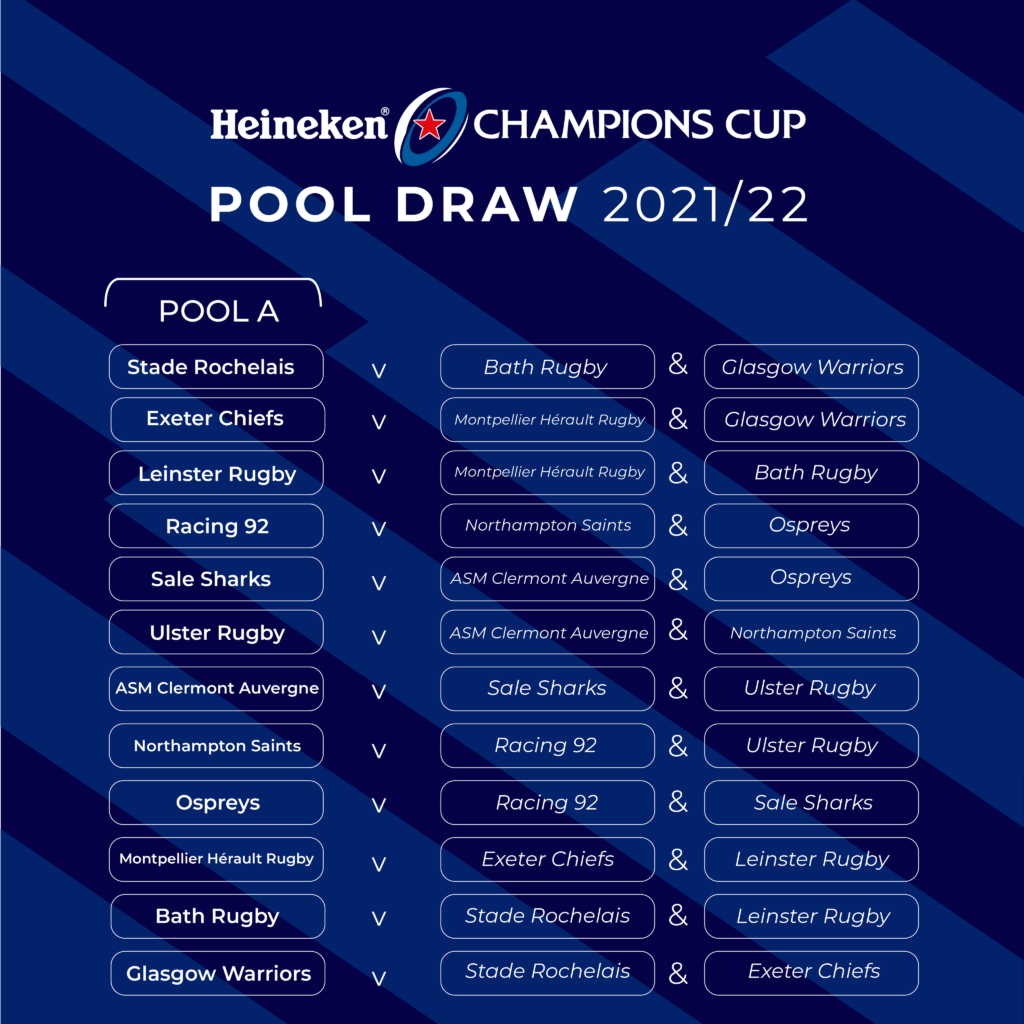 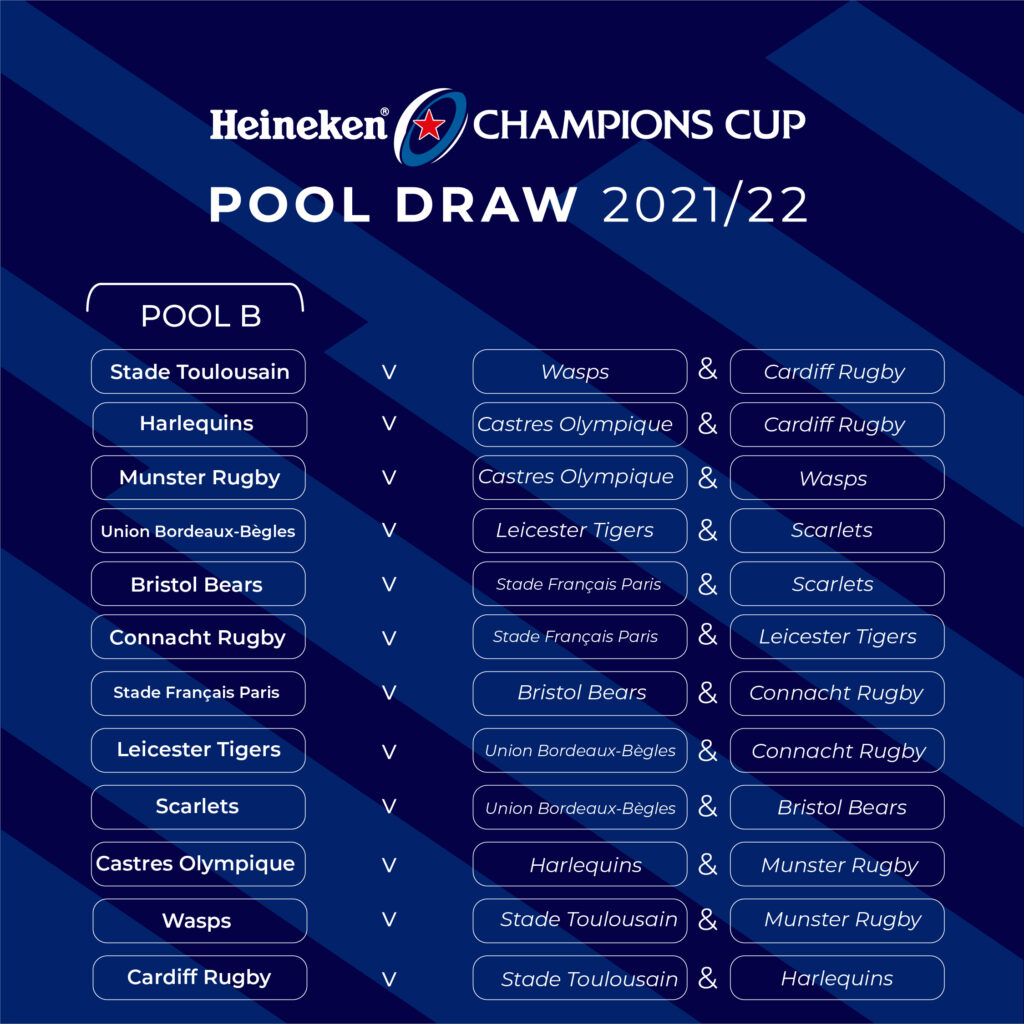