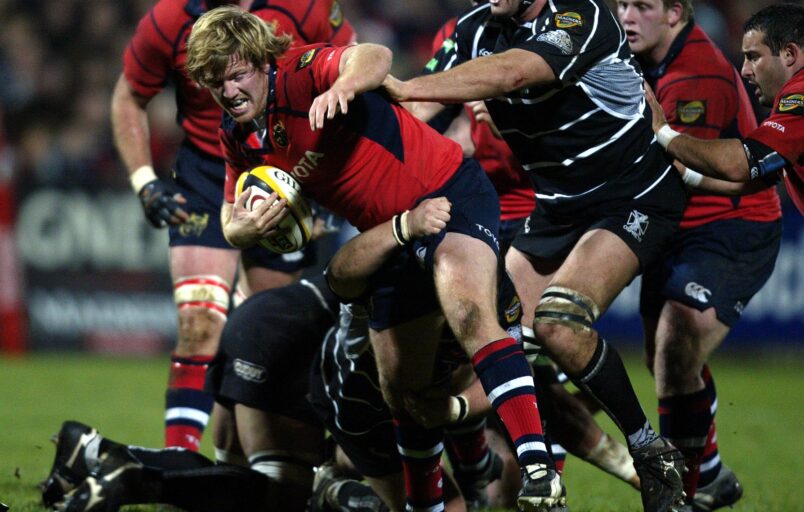 Andi Kyriacou in action for Munster against Ospreys in 2006. Inpho

We spoke to Munster Rugby Elite Player Development Officer Andi Kyriacou for the latest update from the province’s young players.

We spoke to Munster Rugby Elite Player Development Officer Andi Kyriacou for the latest update from the province’s young players.

A hooker in his playing days, Andi is a former Munster player having lined out for the province nine times in the 2006/07 campaign.

Settling into your new role…

“It has been really enjoyable. I had five days of quarantine when I got over and then got down to watch an U18s and U19s session in my first week and then the U20s group came in the following Monday. So it’s been straight into it with some of the on-field stuff and getting to know that group of players who have come in and really bought into what we’re trying to do.

“They are really committed and their work-rate is incredible, they’ve missed so much rugby over the past 18 months and they’re just trying to get themselves going in terms of skill execution but it’s been great.

“We’ve got a handful of the Academy players in already and it was good to see them face-to-face. I had a few video calls with some of them but it was nice to actually meet them and have a conversation.”

“I’ve gone through those games quite a few times now to watch the Munster players involved. It was great to see them wearing a green shirt and how they coped against quality opposition.

“Alex Kendellen in particular was unbelievable, he led by his actions I think and he certainly made the Academy proud. He should be seriously proud of himself with the performances he put in both as a player and a leader.”

Watch Alex Kendellen’s Six Nations highlights at the bottom of this page.

“It feels like a lifetime ago. I thoroughly enjoyed my time here, I considered myself very fortunate to have gotten that opportunity, and thankful to Alan Gaffney and Declan Kidney for sorting that out for me. I learned a lot from the likes of Frankie Sheahan and Paulie, and all of the guys – too many big names to mention really, so many Munster legends. I learned my craft and how to do things a very specific way and I definitely took that on with me for the rest of my career.

“Off the field, I had a great experience too and met some really cool people outside of the organisation as well and experienced what Limerick had to offer. I really can’t speak highly enough of the place and the people, I just loved it and when there was an opportunity to come back I talked to my family and there wasn’t even a discussion to be had, we just said ‘let’s go for this’.

“So I’m just really glad to be back here to keep adding to my initial experiences at Munster.”

“It was a really different experience. The players were so cool and worked so hard – really keen to learn and get better. Really up-front, they know who they are and what gaps they have in their game so were really keen to work with you and explore that.

“It’s just a completely different way of life over there as well. A big project I had as well was to go out and try to find other athletes from different sports and see if we could convert them into front-row forwards because there was a bit of a deficiency in numbers coming through in that area.

“We had bobsledders and wrestlers and all kinds who had been brought into this programme and a handful of them have transitioned through. It was wild at times but very interesting and very different to what I’d be used to but I took so much from the experience.”