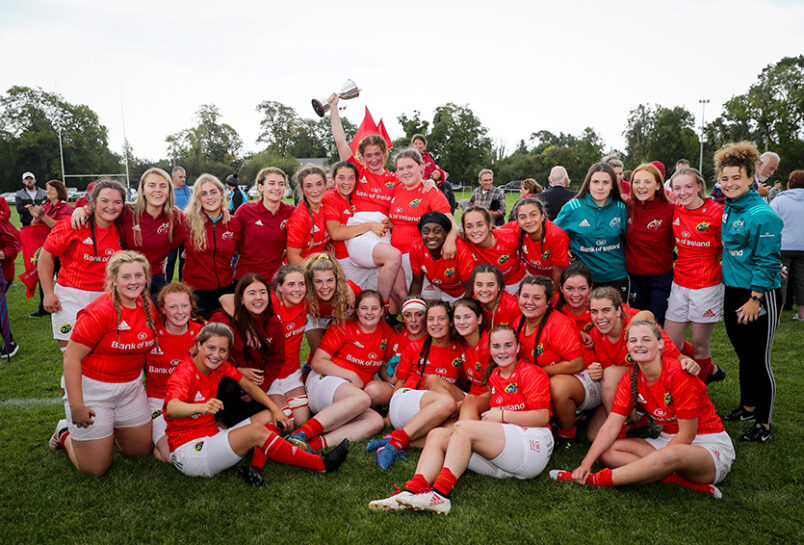 It’s the third week of the Bank of Ireland Munster Rugby Summer Camps and the British & Irish Lions will be preparing for the first Test against South Africa on Saturday.

It’s the third week of the Bank of Ireland Munster Rugby Summer Camps and the British & Irish Lions will be preparing for the first Test against South Africa on Saturday.

See what’s happening this week at Munster Rugby below.

We have a highlight reel on our YouTube channel with some of Billy Holland’s best Munster moments as the second most-capped player in the province’s history hangs up his boots. Watch it here.

The IRFU have launched a new look along with a season calendar for the women’s game with full details here.

Fineen Wycherley become the latest Munster Academy product to make his Ireland debut this month and we have a special feature on his development pathway from Bantry Bay to the international stage.

We have news on our social media channels of the South Africa team to face the Lions on Saturday.

Munster will find out their Champions Cup Pool opponents for next season with a live stream hosted on munsterrugby.ie. See more details on the draw here.

We have an update from the Munster Women U18s team ahead of the Interprovincial Series.

We await team news from the Lions ahead of Saturday’s first Test. There could be three Munster players involved with Tadhg Beirne and Conor Murray among the 40-man Lions squad and Damian de Allende vying for a place in the South Africa side.

We bring you July’s Academy Update ahead of their return to training shortly.

We feature highlights videos from the players that depart Munster this summer.

The British & Irish Lions face South Africa in the first game of their three-Test series at 5pm.

Join The MRSC As An Associate Member