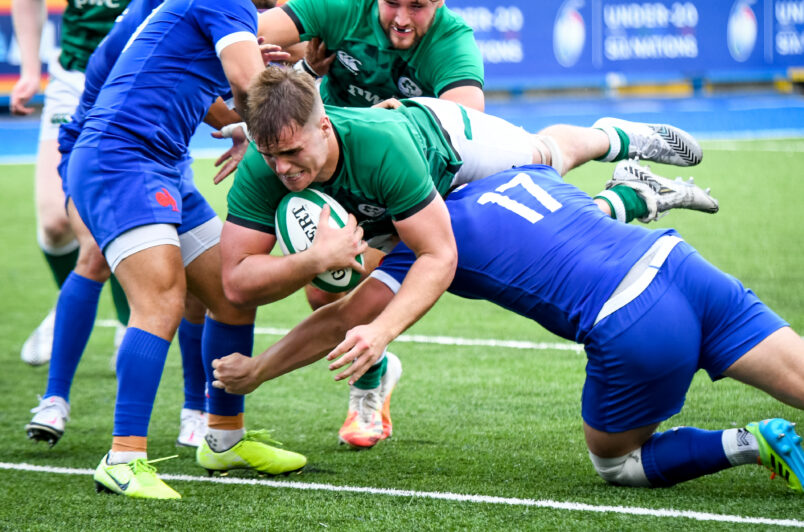 Alex Kendellen dives over to score against France. Inpho

A product of PBC and Cork Constitution, Kendellen joined the Munster Academy straight out of school last summer and made his senior debut against Scarlets in March just nine days after his 20th birthday.

He captained the Ireland side in all five of their 6 Nations fixtures and played all but 22 minutes of the campaign.

The UCC man scored six tries in five games as Ireland finished third behind England and France with Kendellen winning two Player of the Match awards and making 93 carries in five games, more than any other player in the competition.

Watch some of his highlights below and scroll to the bottom of the page to watch his post-match interview following his Munster debut and his first interview as an Academy player.