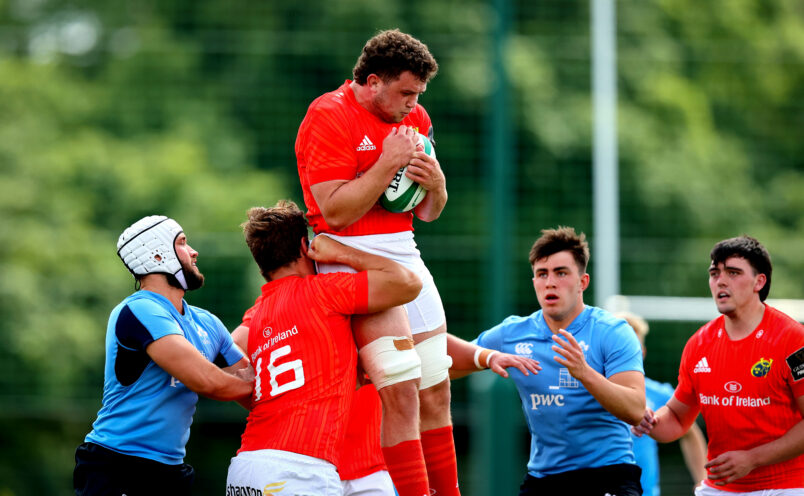 Munster A enjoyed a good run-out against the Ireland U20s at the IRFU High Performance Centre on Friday afternoon.

Munster A enjoyed a good run-out against the Ireland U20s at the IRFU High Performance Centre on Friday afternoon.

The Challenge match ended in Munster A’s favour as they secured a 35-19 victory in Dublin, scoring five converted tries.

Two tries for Alex McHenry and one from Keynan Knox, all converted by Jake Flannery, gave Munster A a 21-12 half-time lead.

Josh Wycherley and Rhys Marshall touched down after the break with Ben Healy adding both conversions.

Munster trio Alex Kendellen, Mark Donnelly and Jack Kelleher started for the Ireland U20s. Kendellen and Donnelly touched down in their 14-all draw with Leinster A last week with Kelleher scoring against Munster A this afternoon.

Donnacha Byrne and Chay Mullins were the other try-scorers for Ireland with Tim Corkery and Nathan Doak kicking a conversion each.

A mixture of senior, Academy and club players lined out for Munster A with more details on the 26 players who featured here.

The Ireland U20s start their Six Nations campaign against Scotland in two weeks with full details of their Championship fixtures here.

Check out the best pics from the game here.

Team Named | Munster A Side To Face Ireland U20s