Team Named | Munster A Side To Face Ireland U20s 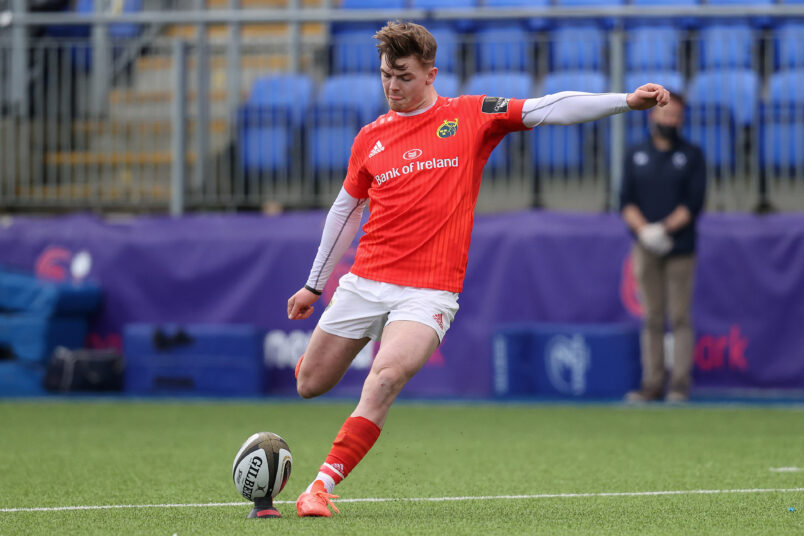 Jake Flannery starts at out-half with younger brother Alan among the replacements. Inpho

An extended 26-man Munster A squad has been named for Friday’s clash against the Ireland U20s at the IRFU HPC (1pm).

There is a mixture of senior, Greencore Munster Rugby Academy and club players included.

Jack Crowley starts at full-back with wingers Calvin Nash and Liam Coombes completing the back three.

Alex McHenry and Dan Goggin form the centre partnership with Paddy Patterson and Jake Flannery in the half-backs.

Hooker Diarmuid Barron captains the side with Liam O’Connor and Keynan Knox also starting in the front row.

Thomas Ahern makes his return to action alongside Fearghail O’Donoghue, a product of Cashel RFC and Cashel Community School, in the second row. O’Donoghue previously lined out for a Munster A/Development side against the Ireland U20s in 2019.

Jack Daly, Daniel Okeke and Jack O’Sullivan form the Munster back-row. Okeke, who lined out for the Ireland U20s against Leinster A last week, is a product of Ardscoil Rís and plays his club rugby with Shannon.

Along with Okeke, Shanahan, Flannery and Leahy also featured for the Ireland U20s against Leinster last week.