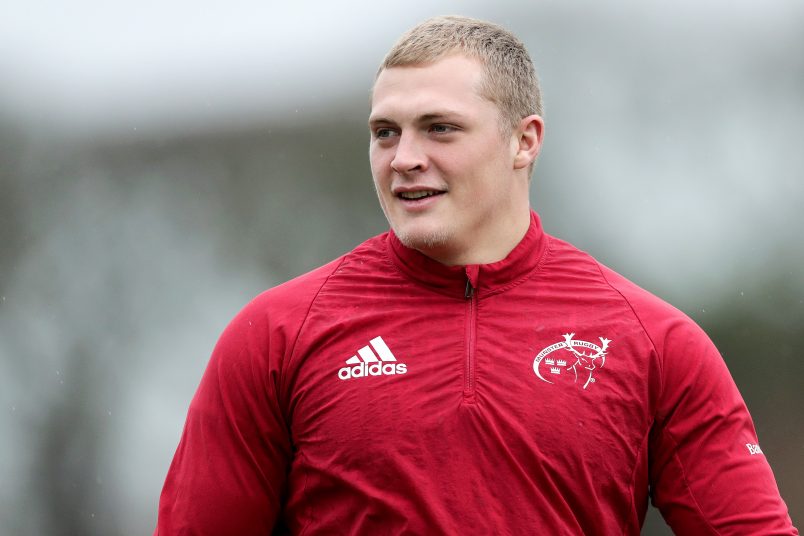 Knox, Diarmuid Barron, Liam Coombes, Alex McHenry and Jack O’Sullivan are now members of the senior squad having graduated from the Academy.

Tighthead prop Knox hails from South Africa and has spent the last two-and-a-half years in Limerick.

Keynan has already made eight appearances for the Munster senior side along with lining out for Young Munster in the All Ireland League.

Along with his burgeoning rugby career, Keynan is also studying for a degree in Business Management and Accounting.

Your time at Munster so far…

“It’s always the people that make the place that you come to and Munster’s definitely got some amazing people within the club, my team-mates and everyone from coaching staff to management

“And then just in general it’s a very happy country. Lots of nice, happy, friendly people around. So that made it very easy settling in.

“There have definitely been a lot of highs and some lows and everything in between as well, but really I’ve thoroughly enjoyed the time overall.

“It has actually flown to be honest. I can’t believe I’m coming up on three years here now and I really thoroughly enjoyed it.” 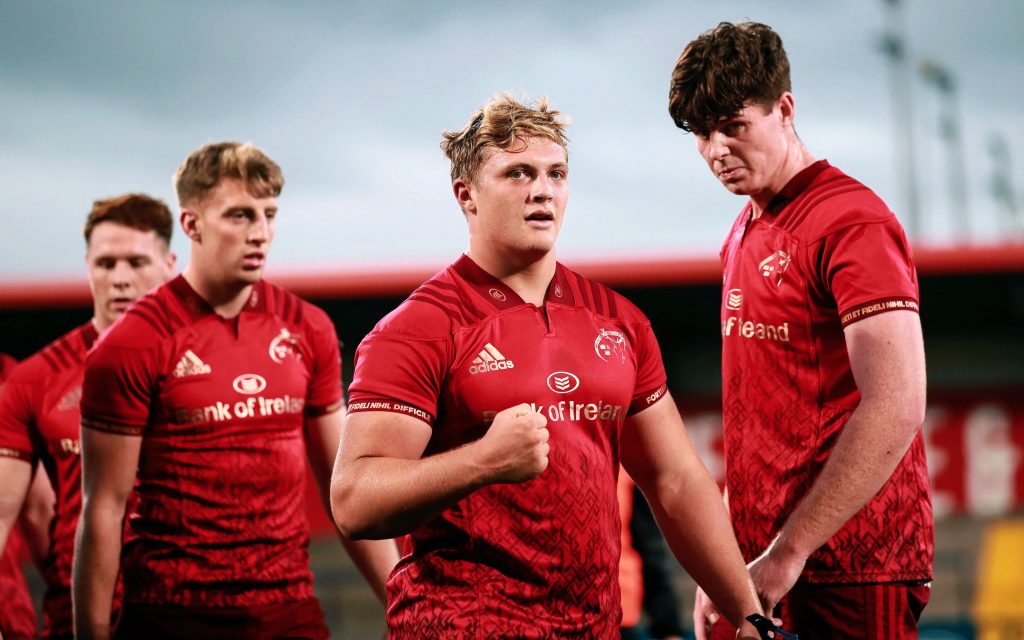 Keynan Knox celebrates a Munster A victory over Dragons in The Celtic Cup.

Acclimatising to the Irish weather…

“When I was back home I used to think that we were one of the families that are better at handling the cold weather and I thought that would put me in good stead when I moved over here.

“But to be honest, I don’t think I’ll ever get used to the rain! I can handle the cold, but when it’s mixed in with the rain, that’s something different altogether to handle. 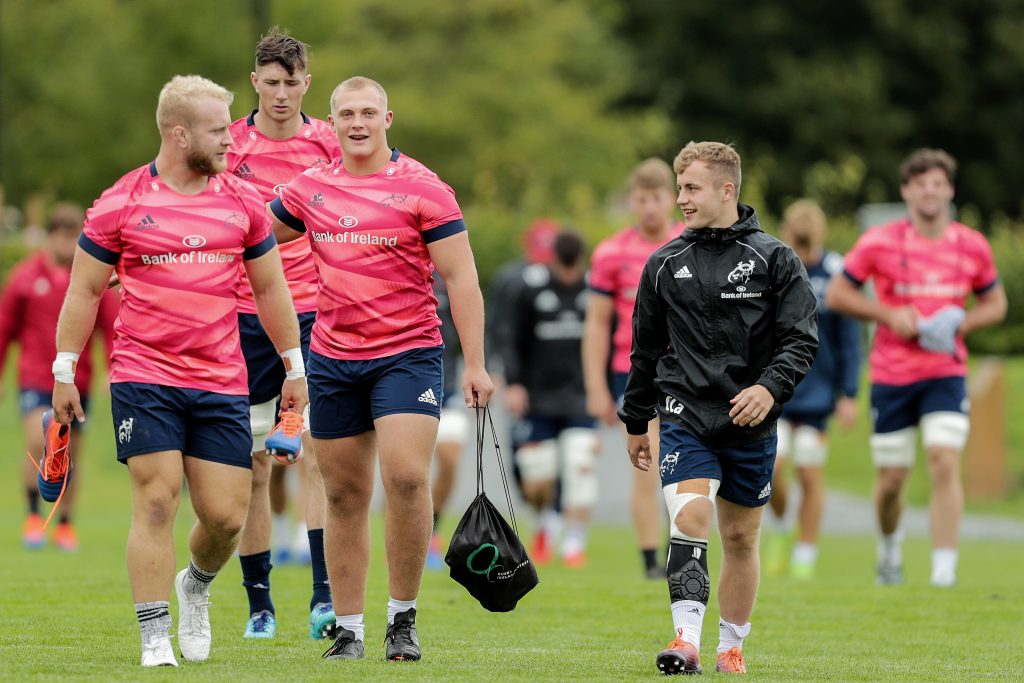 “It was a big eye-opener to what a professional set-up looks like, especially for guys my own age.

“There wouldn’t really be any setup that would be similar in South Africa. It would be more you’d be playing more in just your age-grade teams.

“So being in an Academy environment where you get a train and have access to the same facilities that the senior players do and the international players at the club, that was a big eye-opener for myself.

“It really helps in terms of that extra bit of motivation, it shows you where you can get to and you’re just basically rubbing shoulders with some of the best players in the world.

“And so I really enjoyed that. Just the kind of exposure you get and just the level of professionalism.

“Initially, when I first came over we were doing a few more Academy-only sessions that we started off with. Slowly but surely you get integrated into the senior training sessions and then from there you start getting used to it.

“Now it’s moved to everyone being involved in the senior sessions and everyone getting their chance to put their hands up.

“You can compare yourself personally to the guys in your position in the senior team and guys around you and just kind of make sure that you keeping up with the same pace everyone else.”

“That was a great experience. I definitely put lots of work and lots of hours into training all the way from the beginning but that really was a surreal experience.

“I was fortunate in the pre-season games, getting the chance to play against London Irish and Connacht.

“I got an opportunity there so I didn’t come in completely blind to it but I really enjoyed the opportunity.

“It was against Dragons at Thomond Park which just tops it all off even more so that it was a home game. “But definitely an unbelievable experience and that’s what you try to work towards from the beginning, those are the type of days that you want.

“Hopefully there will be a few more of those as well.” 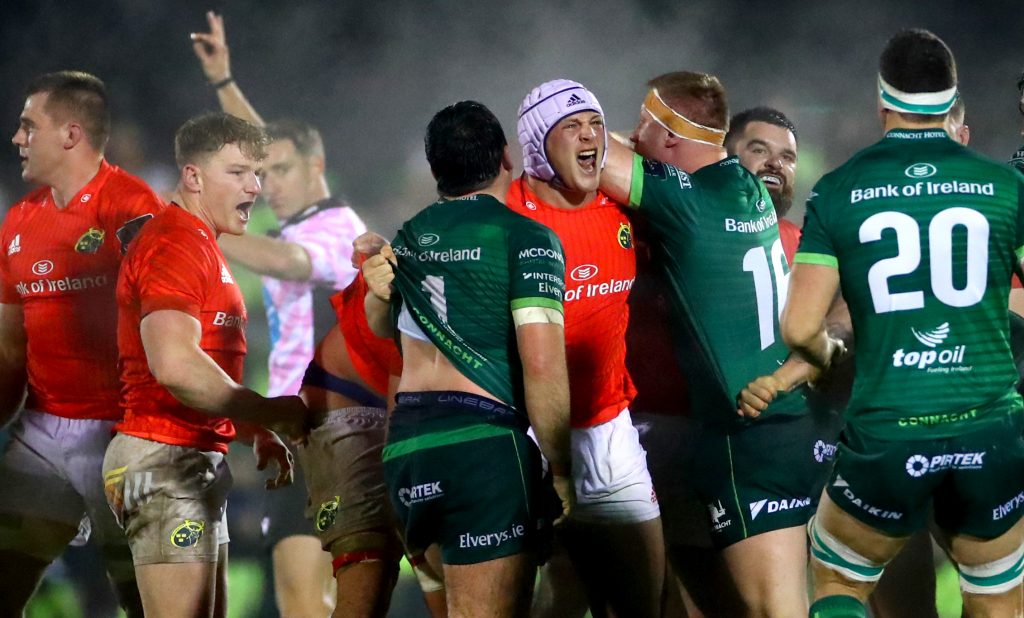