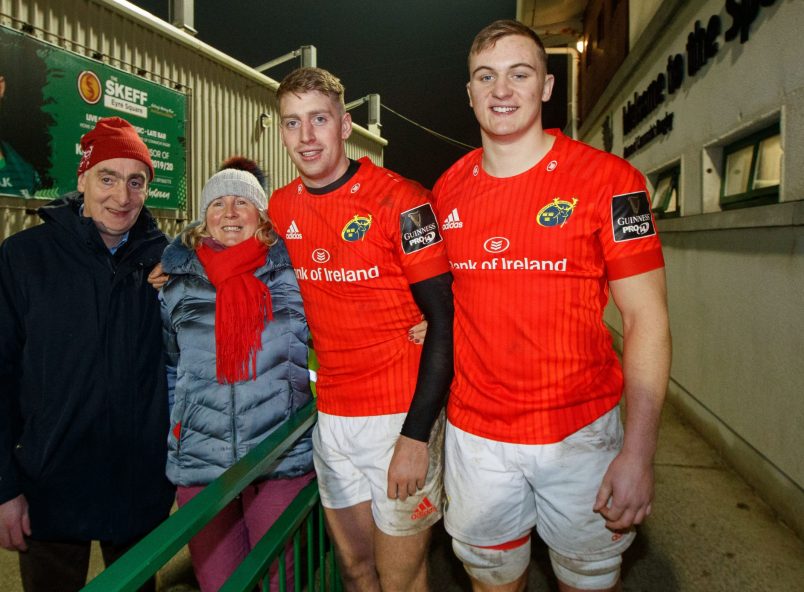 23-year-old Liam Coombes is the latest young player from West Cork to earn a senior contract with Munster after progressing through the Greencore Munster Rugby Academy.

The winger/full-back hails from Skibbereen and has been promoted to the senior squad after three years in the Academy. 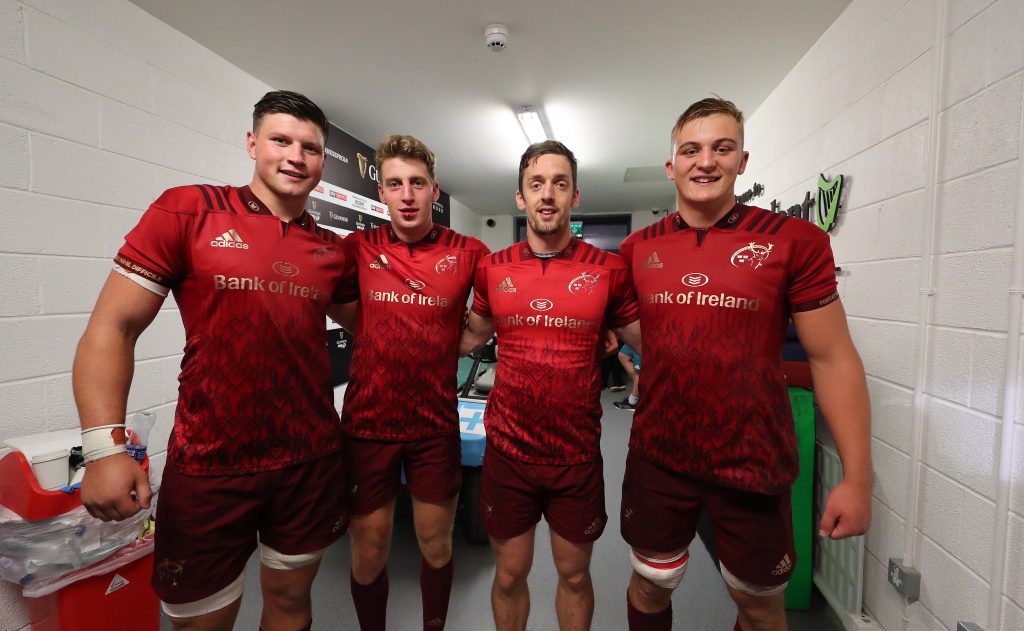 Fineen’s brother Josh is in the Academy along with another West Cork man in John Hodnett and new recruit Jack Crowley.

Liam Coombes has earned a senior contract after an impressive try-scoring debut against Cheetahs in Bloemfontein in November 2018 and has made four appearances at senior level.

During his three years in the Academy, Coombes was also playing All Ireland League rugby with Garryowen. 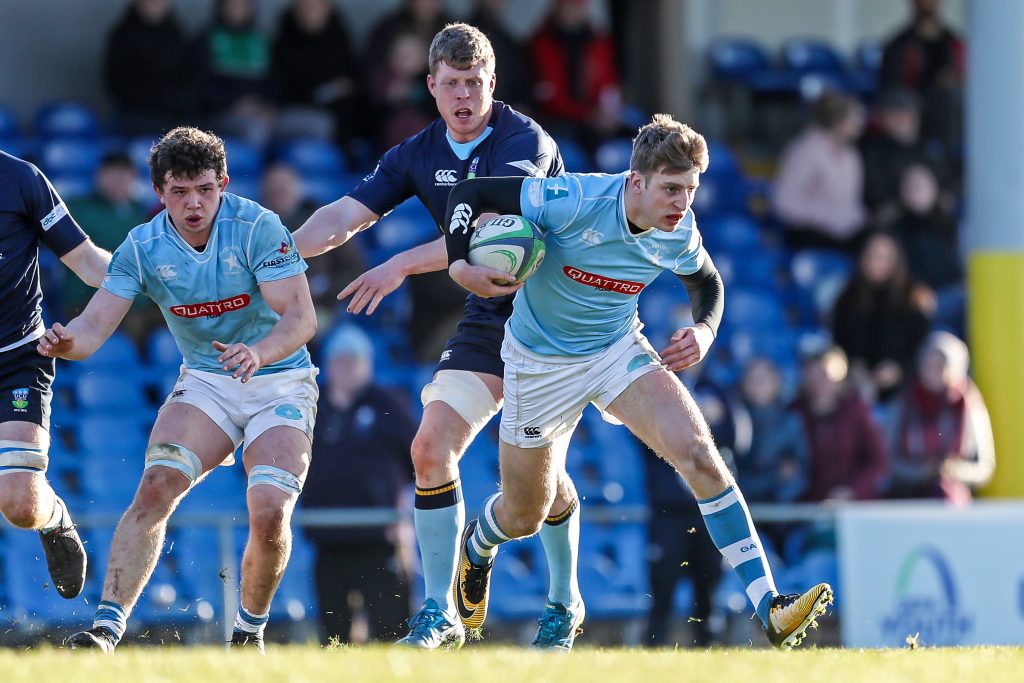 Liam Coombes in All Ireland League action with Garryowen.

Speaking from the family farm, where he has spent the last three months, we spoke to Liam about his career to date.

Moving up to the Munster senior squad…

“I suppose it’s what I’ve been dreaming of. I know it’s a cliche but it’s always been Munster I really wanted to play for.

“I didn’t really dream about just playing pro rugby, it was about wearing the Munster jersey and that’s where I wanted to be for the last 15 years, since I started playing rugby and watching rugby.

“It was an unbelievable honour and I suppose I feel some responsibility now to perform because of all the work the coaches have put into me and all the time they’ve taken to improve me as a player and a person so I’m looking forward to it.”

Starting out at Skibbereen RFC…

“I started playing for Skibbereen RFC when I was five or six. My father and his brothers were big into rugby and my mother has also been club President so I was kind of drawn into it that way and started very young with my cousin Gavin, we were the same age. 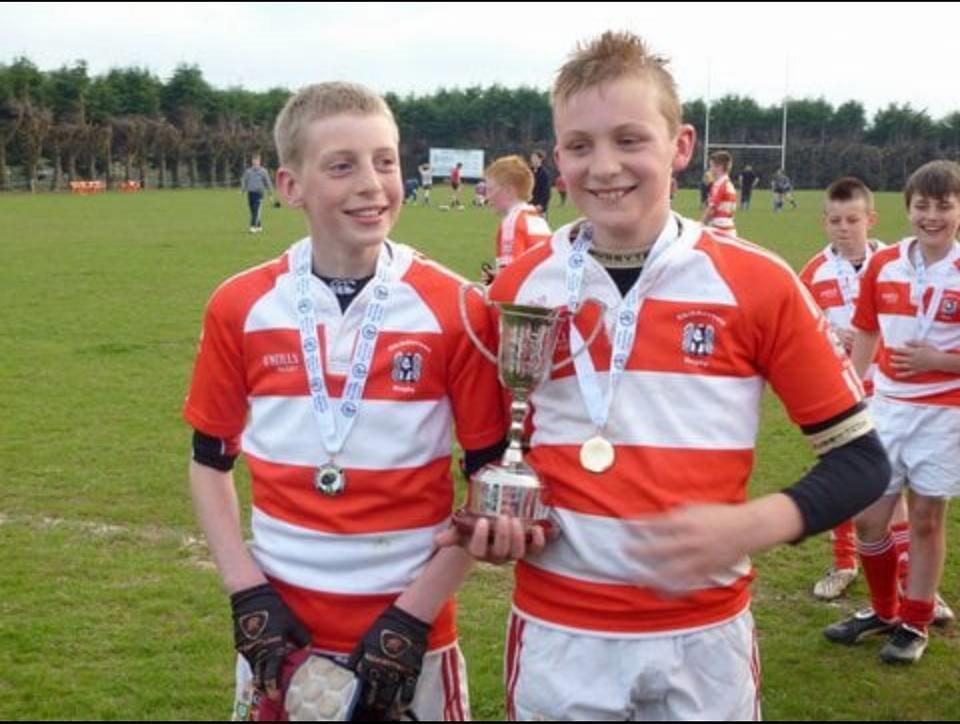 “We were going to all of the Skibb men’s games and watching all the Munster games.

“I’ve been inside the rugby club all my life and everyone inside there is delighted to see me and Gavin progressing and it’s an honour to represent them too because it means a lot to them.

“I played with Skibb up to U18s and started getting selected for regional Munster teams before playing my first games for Munster with the U18 Clubs side in the Interpros. 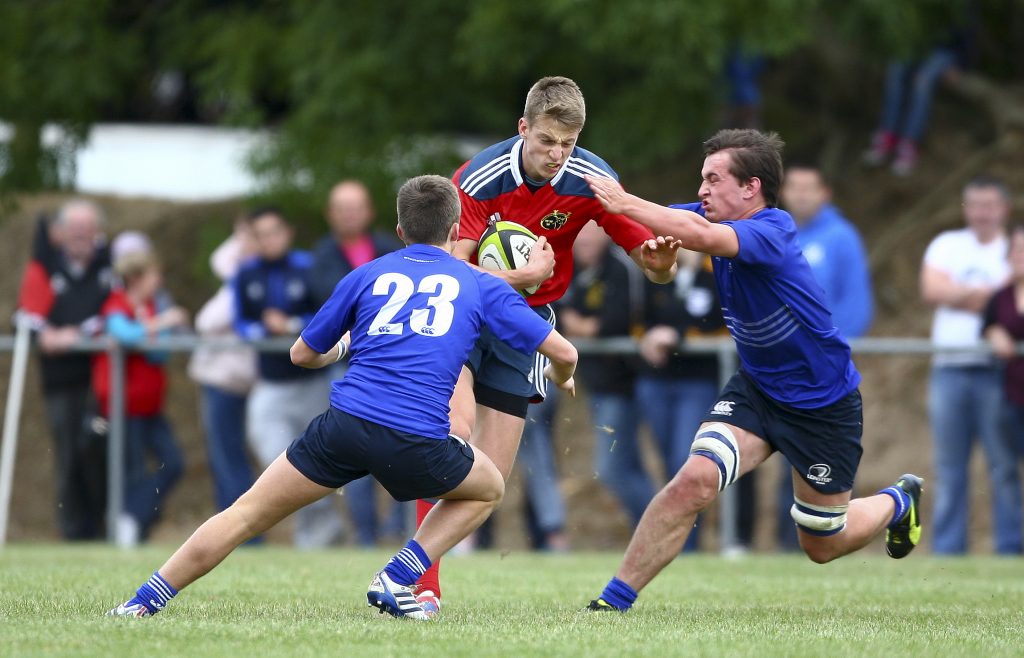 “There have been buses of people going to Munster games over the last few years that wouldn’t have gone to games before so it’s great to see rugby growing here.”

Moving to CBC in fifth year…

“I got the opportunity to play with Christians in Cork, that was a big decision for me because I had to move away from home but I just wanted to play a higher level of rugby.

“Fortunately, I have an uncle living in Cork who put me up for a couple years when I was there so that made it a lot easier and I’m very thankful to him.

“We won the Munster Schools Senior Cup in sixth year, I played U19s with Munster in the middle of that and we won the Interpros as well so those couple of years were very successful and enjoyable. 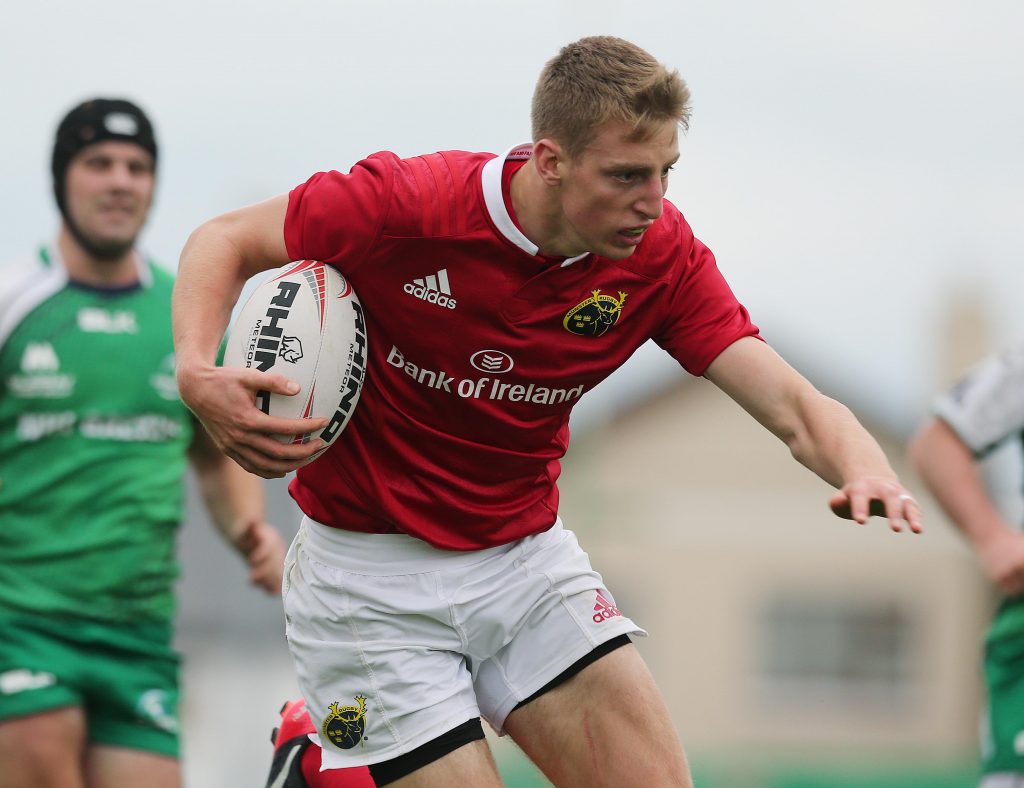 “We built a big bond in that age group and there’s a good few of us still involved now and I think we’re a real close-knit group.

“I would have played out-half the whole way up, really, until I moved to Christians. I played with the Munster Clubs and Ireland Clubs teams at 10.

“Kicking is important for a back three player too and I would have gotten a lot more exposure to that playing out-half as well as getting on the ball more and making more decisions. You have to direct the team around at 10 so having that experience is important.” 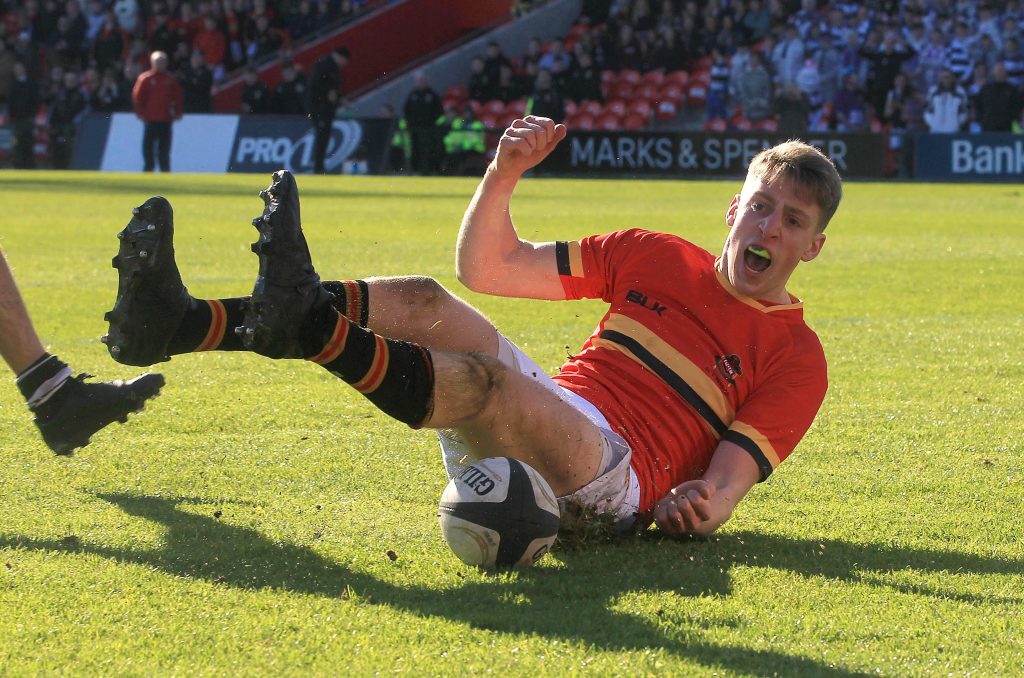 Liam Coombes celebrates scoring a try for CBC in 2016.

Three years in the Academy…

“After we won the Senior Cup I got offered a sub-Academy place and it was a great honour – that’s all I was aiming for at that stage, I didn’t think too far ahead.

“There was a good group of us in the sub-Academy from that U19 team that won the Interpros and we really drove each other on – most of us got into the Academy the year after.

“I’ve spent the last three years in the Academy and it’s been great. Year one was a bit of a transition period since it was my first time with the senior squad and doing a bit of training with them.

“You’re trying to get bigger and stronger in the gym, that’s probably one of the main focusses, so you can get to the level you need to play in men’s rugby.

“A lot of my focus was on playing with Garryowen and trying to perform there and hopefully get noticed by the coaches.

“Thankfully, I’ve gotten a few caps over the last two years so that was a bit step forward.” 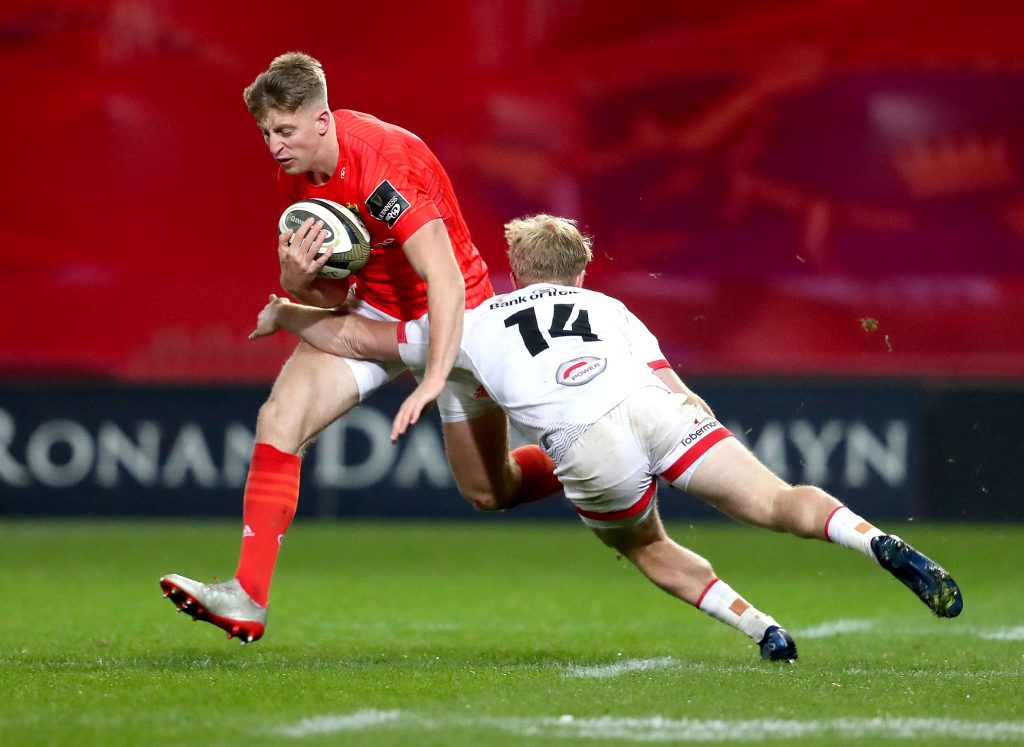