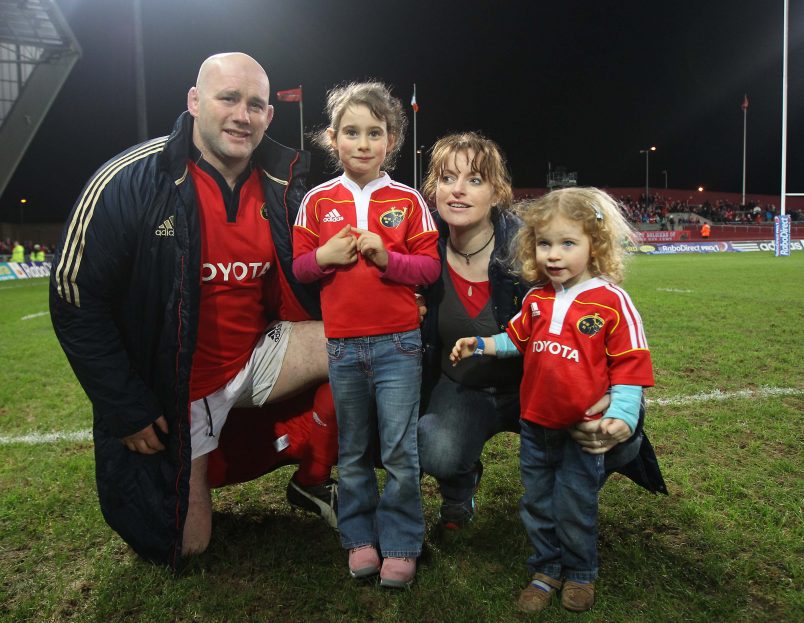 John Hayes after his final game with daughters Sally and Roisin and wife Fiona Steed, a former Ireland Women's international.

John Hayes became the fifth man to reach 200 appearances for the province in April 2011 and made a total of 217 appearances over a 13-year-long club career.

Known as ‘The Bull’ he was one of the most consistent players for both club and country for over a decade.

Hayes followed Anthony Foley, Alan Quinlan, Peter Stringer and Ronan O’Gara in reaching 200 caps, you can read more about their careers below. 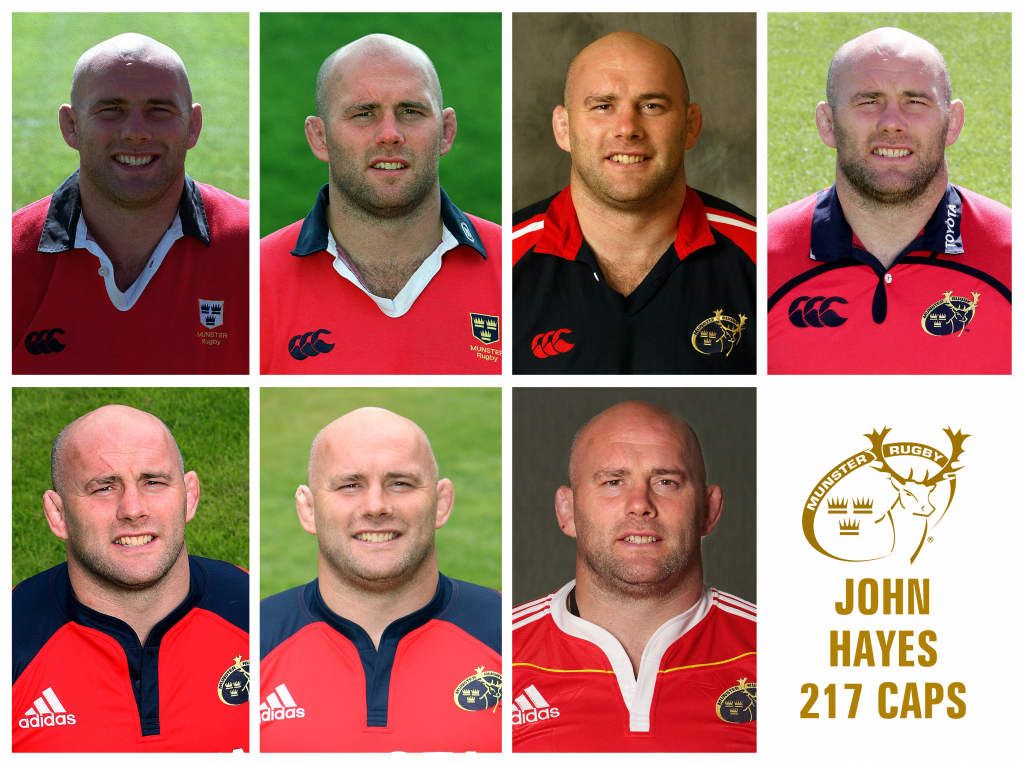 Cappamore native John Hayes began playing his rugby for local team Bruff RFC before making the switch to Shannon at the age of 18.

Initially lining out as a flanker, Hayes moved to Invercargill in New Zealand in 1995 for two years, playing for Marist RFC where he made the switch from second-row to tighthead prop.

His first appearance in the red of Munster came in August 1998 against a Morocco XV at Irish Independent Park. He played 53 minutes of Munster’s 49-17 victory over the international outfit.

A European bow followed the next month as he helped the province to a 20-13 win over Italians Padova.

Hayes made his Ireland debut against Scotland in February 2000 and would make his final appearance for his country against the same team 11 years later in Murrayfield. 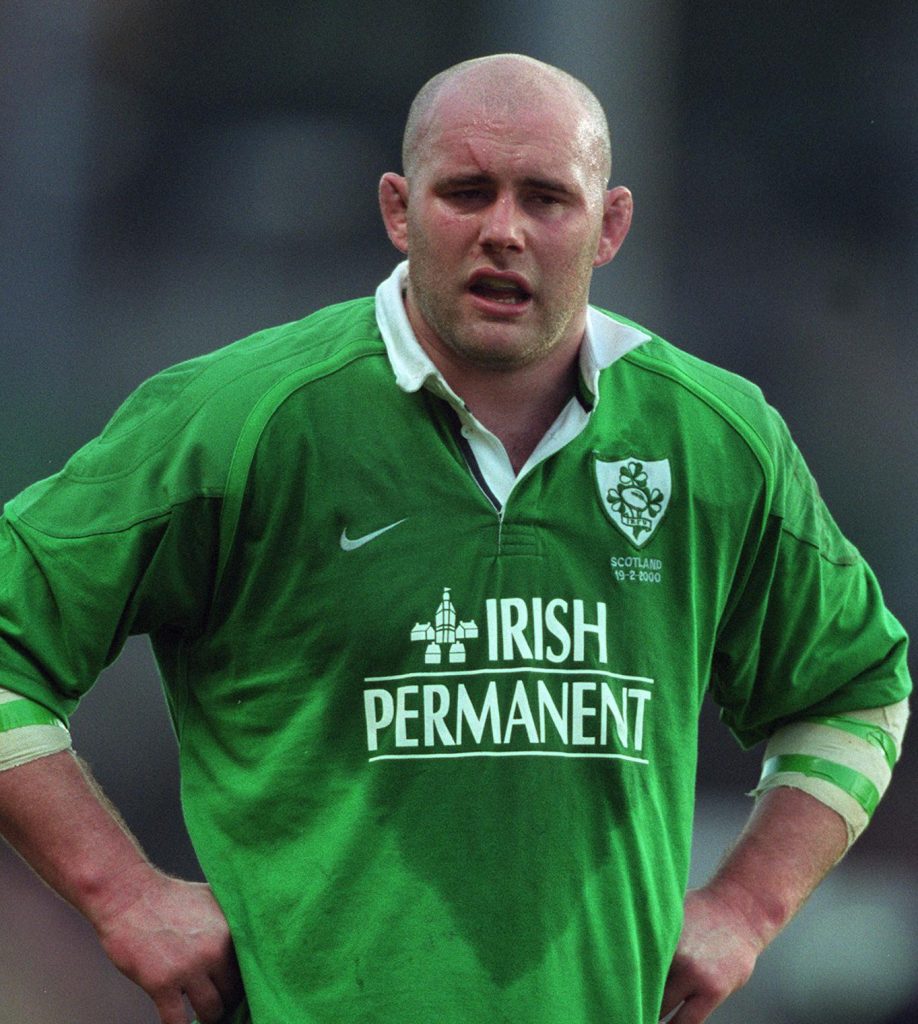 John Hayes makes his Ireland debut against Scotland in 2000.

His first try came in the famous semi-final victory over Toulouse in 2000, the same day Ronan O’Gara scored his first European try.

A regular starter in both Heineken Cup winning campaigns in 2006 and 2008, he was a vital member of the dominant Munster pack. 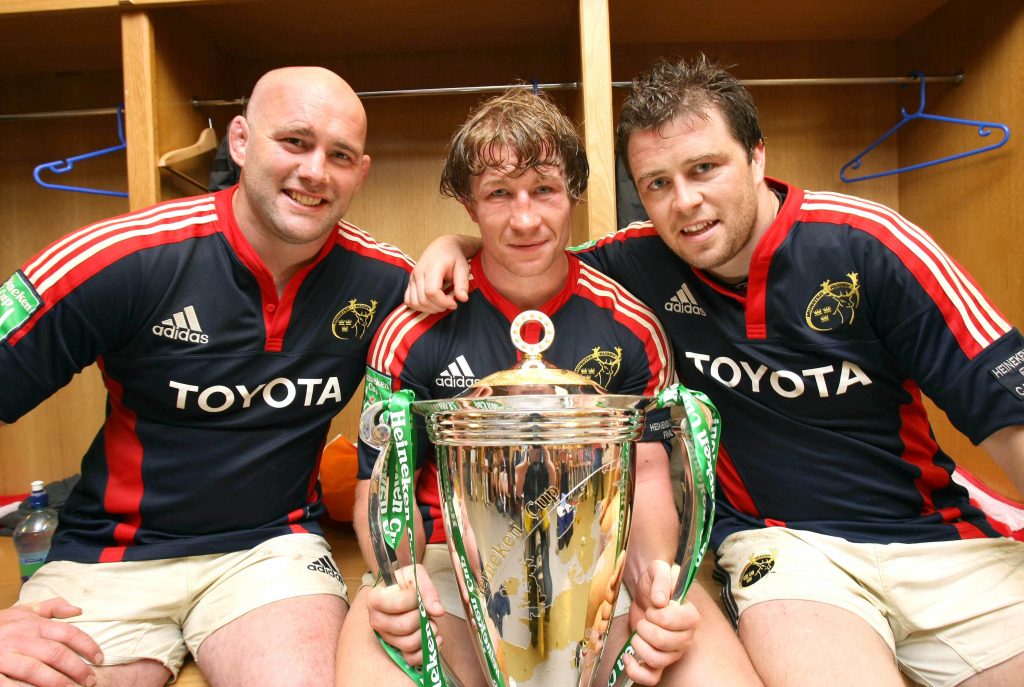 John Hayes, Jerry Flannery and Marcus Horan in the changing room with the Heineken Cup Trophy in 2008. Inpho

Hayes toured with the British and Irish Lions twice, first heading to New Zealand in 2005 and making 5 appearances.

He toured again in 2009 as a late injury replacement and made a further two Lions appearances, playing in the final test of the series against South Africa. 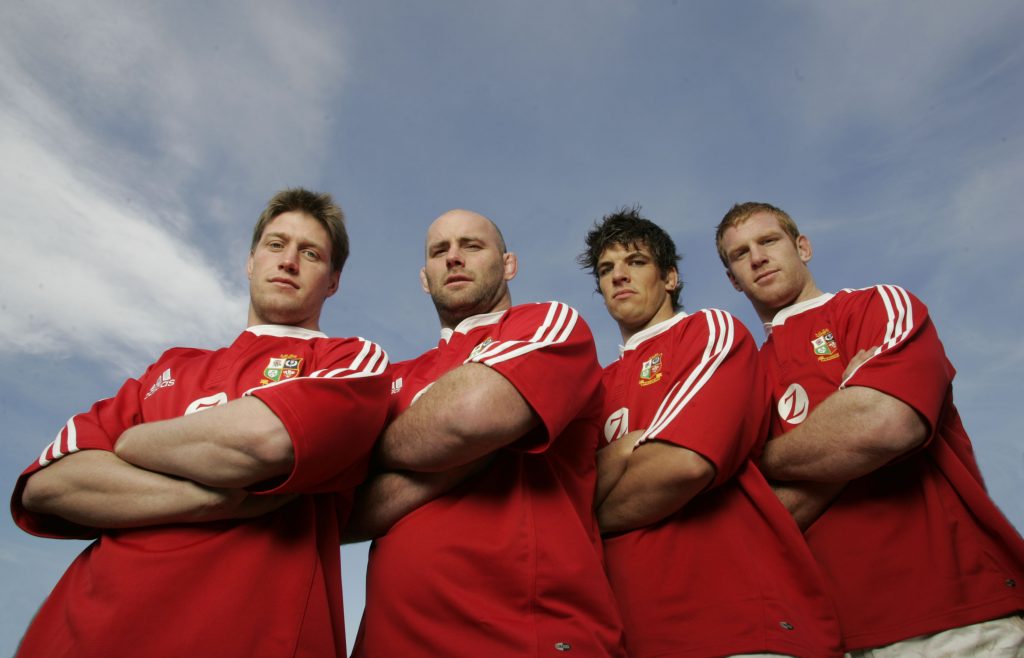 He became the first Irish player to earn 100 caps for his country against England in Twickenham during the 2010 Six Nations.

Originally intending to retire at the end of the 2010/11 season, he signed a short-term extension with the club to provide cover for the 2011 Rugby World Cup.

He also became the first player to play 100 European games coming off the bench in Round 1 of the 2011/12 against Northampton Saints in Thomond Park. 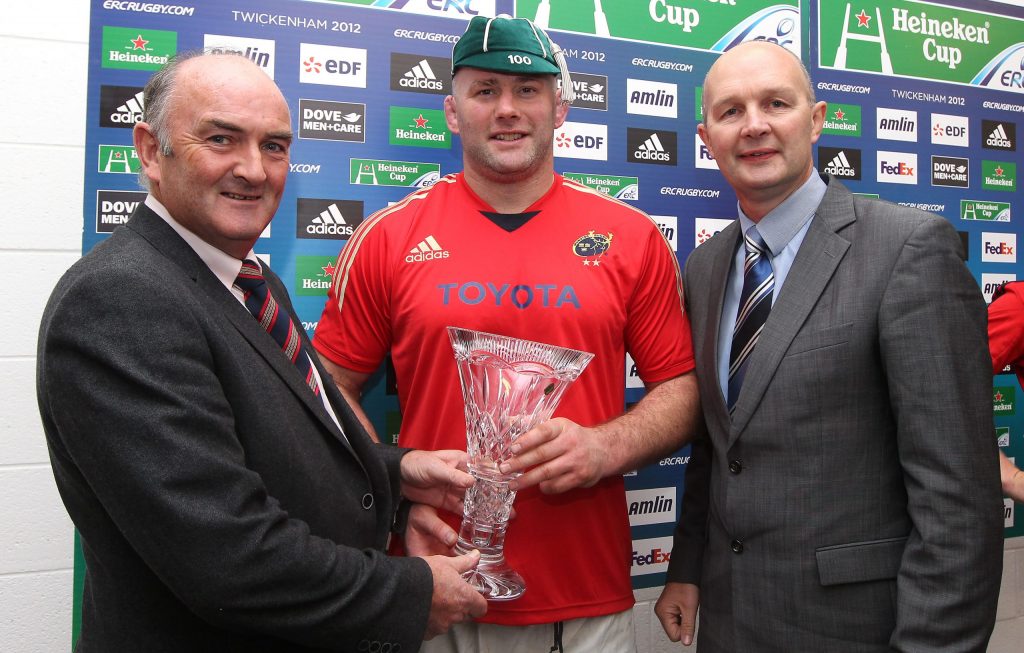 ‘The Bull’ played his final competitive game on the 26th of December 2011 against Connacht in Thomond Park.

A hugely popular character on and off the pitch, his consistency and workrate made him one of the best players to wear the red of Munster. 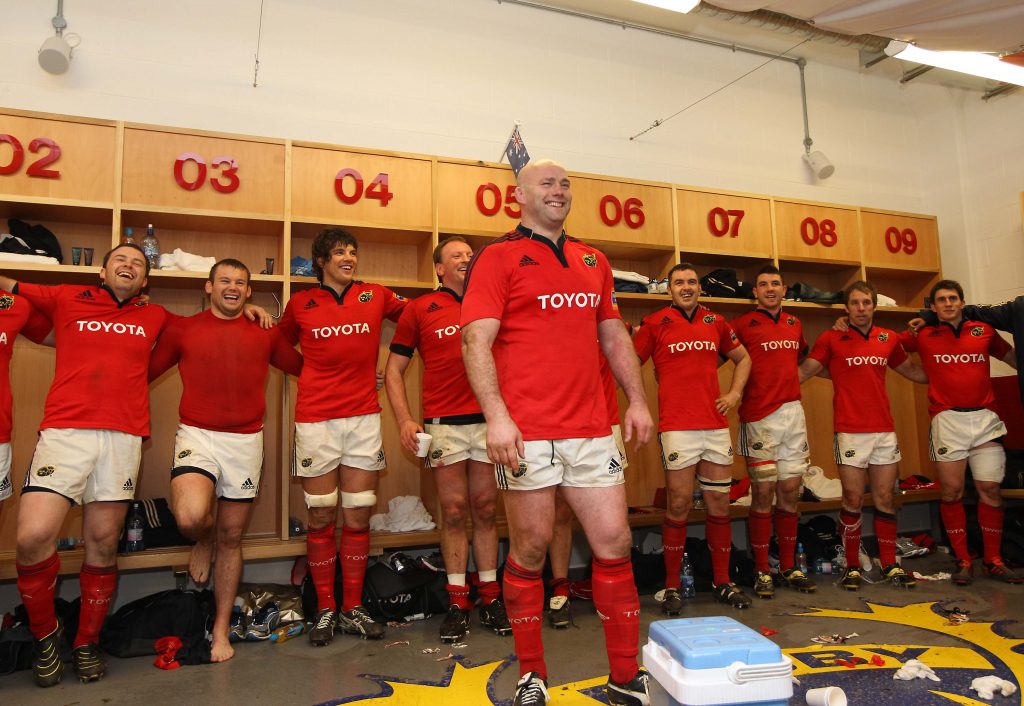 John Hayes after his final game for Munster. Inpho 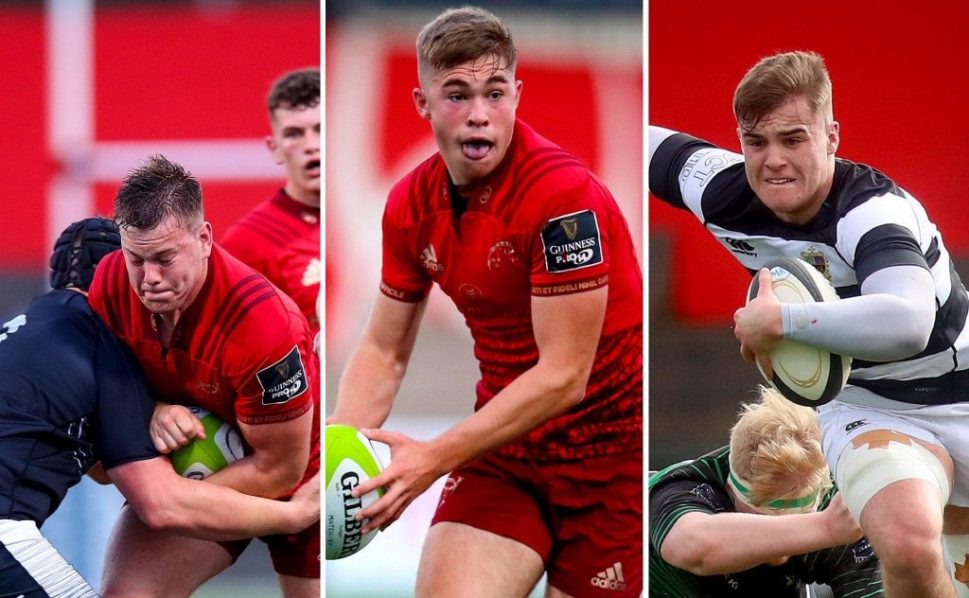 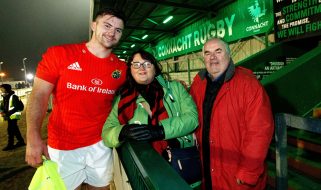 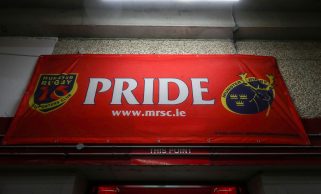