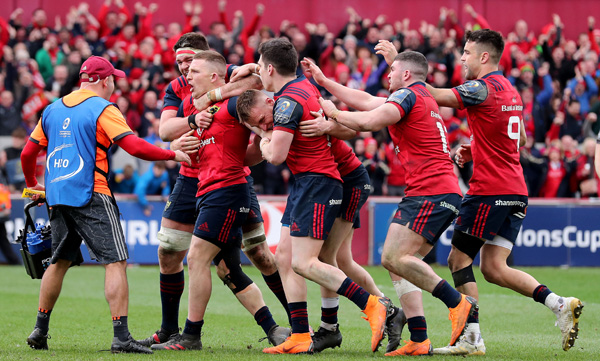 Munster reached the Champions Cup quarter-finals for a record 17th time and defeated Toulon at Thomond Park before losing out to Racing 92 in the Bordeaux semi-final, 27-22.

The province finished second in Conference A of the Guinness PRO14 but suffered a narrow semi-final loss, to Leinster at the RDS.