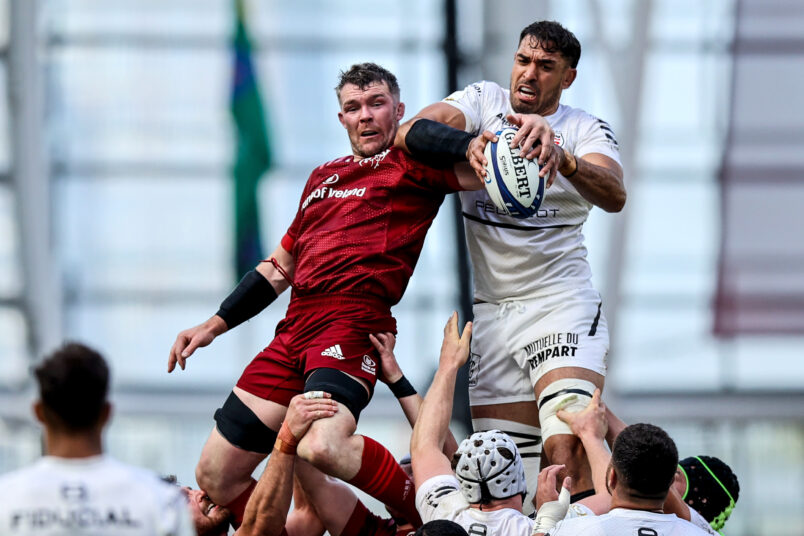 Peter O’Mahony competes in the air with Rory Arnold during last year's quarter-final against Toulouse. Inpho

The Munster team has been named for Sunday’s Champions Cup opener against Top 14 leaders Toulouse at Thomond Park (3.15pm).

A bumper crowd will attend with match tickets available here.

There is one change to the side that secured a bonus-point win in Edinburgh as Mike Haley comes back into the team at full-back with Shane Daly moving to the wing.

Peter O’Mahony captains Munster and John Ryan starts on his 50th Champions Cup appearance in the all Irish-qualified 23-man squad.

Haley, Calvin Nash and Daly form the back three with an unchanged centre partnership of Rory Scannell and Antoine Frisch, who makes his first Champions Cup appearance for Munster.

Craig Casey, who makes his first start in the Champions Cup, and Joey Carbery continue in the half-backs with the forwards all remaining in situ.

Jeremy Loughman, Niall Scannell and Ryan start in the front row with Jean Kleyn and Tadhg Beirne in the engine room.

O’Mahony, John Hodnett and Gavin Coombes complete the side.

Scrum-half Paddy Patterson is included among the replacements and in line to make his Champions Cup debut.

Keith Earls is also named in the squad and set to make his second appearance of the season. Earls returned to training last month after recovering from a thigh injury sustained in September.

On the injury front, Greencore Munster Rugby Academy lock Edwin Edogbo has sustained an ankle injury that rules him out for at least six to seven weeks.

Hear from Tadhg Beirne and Head Coach Graham Rowntree ahead of the game. 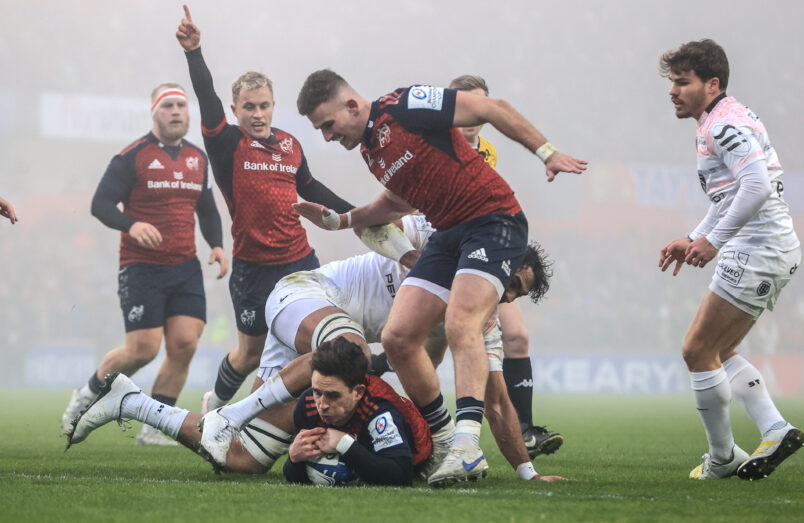 Munster secured a losing bonus point at Thomond Park with Toulouse claiming a narrow victory in the opening game of this season’s Champions Cup game.

The match was played on an extremely cold day with heavy fog making conditions difficult for both sides. Despite the conditions, a fantastic crowd of 21,884 supporters attended making it the largest crowd across round one of the Champions Cup.

The sides were level at 10-all at half-time but Toulouse scored the only try of the second half just after the break and kept Munster at bay for the remainder in the worsening conditions.

After Munster earned another penalty, they opted to go for the corner and Carbery dived over for the first try on nine minutes with good carries in the build-up from Shane Daly and Niall Scannell. Carbery added his own conversion to make it 7-0.

Toulouse won a scrum penalty on halfway after 22 minutes that gave them access to the Munster 22 for the first time.

They had a free play after Munster infringed in the maul and whipped the ball left and went through the hands superbly with Matthis Lebel scoring in the left corner despite Daly’s recovery tackle. Thomas Ramos converted to make it 7-7.

Antoine Dupont made a trademark break at the fringes of the ruck as Toulouse continued to grow into the game but the alert Calvin Nash made a crucial intercept to save Munster.

Ramos put Toulouse ahead for the first time on 29 minutes as Munster looked to attack from inside their own half but Jean Kleyn was penalised for not releasing.

Munster continued to play most of the rugby and were rewarded just before half-time as Toulouse were pinged at the breakdown with Carbery’s penalty making it 10-all.

A loose pass in midfield from Munster early in the second half gave Toulouse a great attacking platform as they kicked in behind and Antoine Frisch had to kick the ball out for a five-metre lineout.

The powerful Toulouse pack made a few hard yards with Dupont going down the blindside and passing for half-time replacement Lucas Tauzin to score in the right corner with his first touch.

With the fog getting thicker, the visitors were bombarding Munster with high balls and the majority of the second half was played in Munster territory.

Graham Rowntree’s team had a big opportunity when Alban Placines took out Mike Haley in the air with Rory Scannell nailing the penalty into the corner.

Toulouse infringed in the maul and Munster went to the corner again but the huge Toulouse pack held firm to win the turnover.

Trailing by five points, Munster needed to score next and were relieved to see a Ramos penalty drop short on 61 minutes after a maul penalty.

A harsh penalty against Munster saw Ramos kick Toulouse eight points ahead with eight minutes to go. The penalty came after Munster were on the attack but the ball went loose in the ruck and Toulouse countered. Jack O’Donoghue was the first man to the kick in behind and ran from deep. Toulouse made the tackle with O’Donoghue deemed to have held on with Ramos kicking the points to make it 18-10.

Munster kept going and won a penalty on 75 minutes inside the Toulouse 22 with Carbery kicking the points to make it a one-score game once again.

Dupont was sin-binned for a deliberate knock-on with three minutes to go and Munster went on the attack again but Toulouse disrupted the breakdown and managed to see out the final minutes.

Antoine Frisch made his first Champions Cup appearance for Munster. 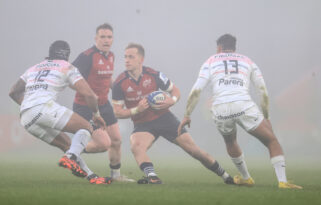 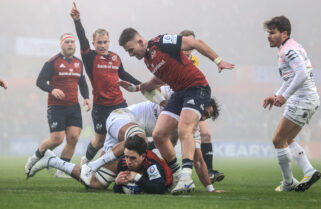 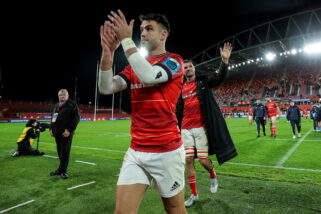 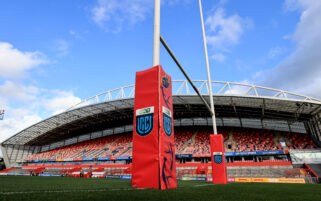 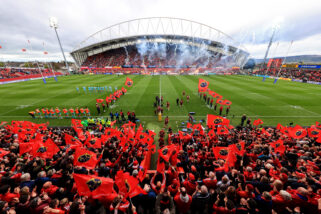