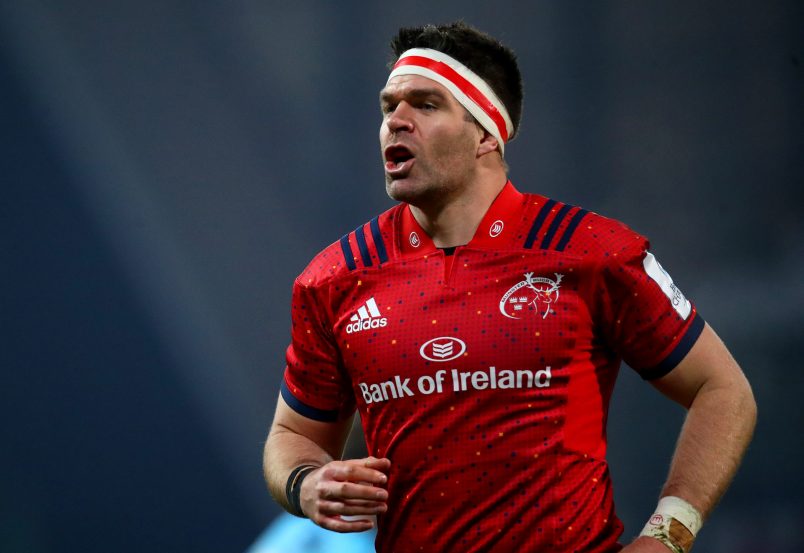 The Munster team has been named for Saturday’s Guinness PRO14 opener against Dragons at Thomond Park (3pm).

Billy Holland captains the side as the lock begins his 13th season at the province with four Academy players included in the squad.

Nick McCarthy makes his competitive debut at scrum-half and partners JJ Hanrahan in the half-backs.

Tyler Bleyendaal and Rory Scannell team up in the centres with Mike Haley at full-back as wingers Darren Sweetnam and Shane Daly complete the back three.

Jeremy Loughman, O’Byrne and Stephen Archer pack down in the front row with Fineen Wycherley and Holland in the second row.

A back row of Jack O’Donoghue, Tommy O’Donnell and Arno Botha complete the side.

James Cronin is set to make his first PRO14 appearance since November after recovering from injury with Knox and O’Sullivan in line to make their competitive Munster debuts. 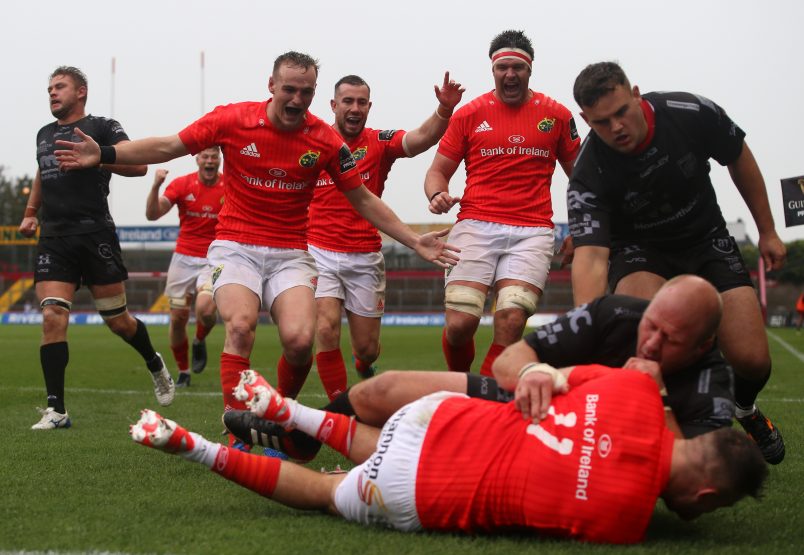 Munster secured a bonus-point win in the first game of the Guinness PRO14 season at a wet Thomond Park on Saturday afternoon with Arno Botha, Jack O’Donoghue, Shane Daly, Tyler Bleyendaal and Diarmuid Barron touching down.

JJ Hanrahan kicked two penalties and four conversions with the Dragons putting it up to Munster but the hosts proved too strong.

After withstanding more Dragons pressure, Munster hit the front on 18 minutes as Botha managed to ground the ball with a well-organised rolling maul putting Munster in position.

Hanrahan converted and added his first penalty shortly after to push Munster 10-3 ahead.

Dragons kept in the hunt with Davies’ second penalty but Richard Hibbard’s yellow card for a dangerous tackle on O’Donoghue handed the initiative back to Munster for the final 10 minutes of the half.

Johann van Graan’s side took advantage in clinical fashion as O’Donoghue grounded from close range after a strong period of Munster pressure on 32 minutes.

The try was awarded after a lengthy consultation with the TMO and Hanrahan’s conversion gave Munster a 17-6 lead.

Daly scored the try of the game on 35 minutes as McCarthy swung the ball left to the winger and he chipped over the top and grounded expertly. Hanrahan shaved the post with his touchline conversion and Munster led 22-6.

Davies knocked over his third penalty to reduce the deficit at the break, 22-9.

Hanrahan’s second penalty shortly after the interval gave Munster a 25-9 lead before Mike Haley was sent to the bin for a high tackle.

Excellent Munster defence from the 14 men kept Dragons out and excellent work from Kevin O’Byrne, on his 50th appearance, created the bonus-point try just before the hour.

First, he put Rory Scannell into space before setting up Bleyendaal for the fourth try with Tyler finishing strongly under the posts.

Hanrahan added the extras and Barron scored off a late rolling maul to end the game on a high.

The Munster squad depart for South Africa on Sunday for away games against Southern Kings and Cheetahs. The province’s next home game takes place at Irish Independent Park as Ospreys visit Cork on Friday, October 25 (7.35pm). Buy tickets here.

Knox, O’Sullivan and Nick McCarthy made their competitive Munster debuts.

Barron scored his first Munster try in the clash.

James Cronin featured in the PRO14 for the first time since November after recovering from injury. 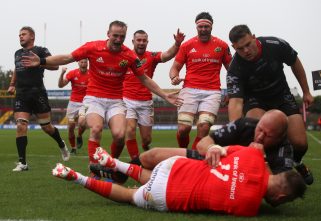 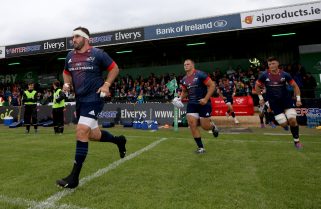 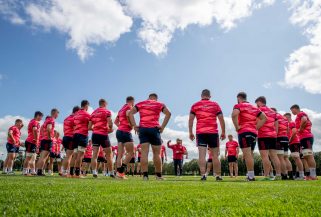 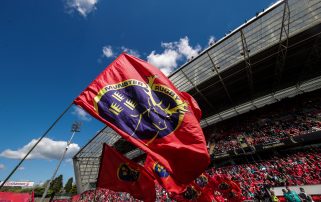 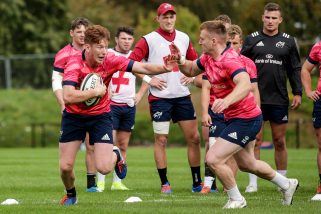 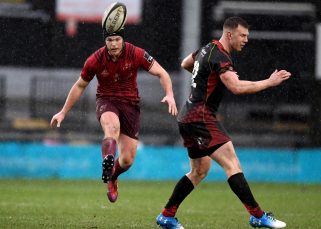 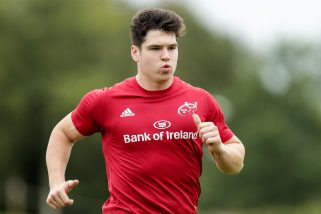 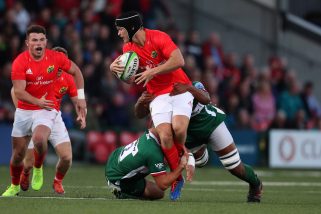 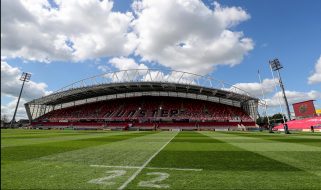