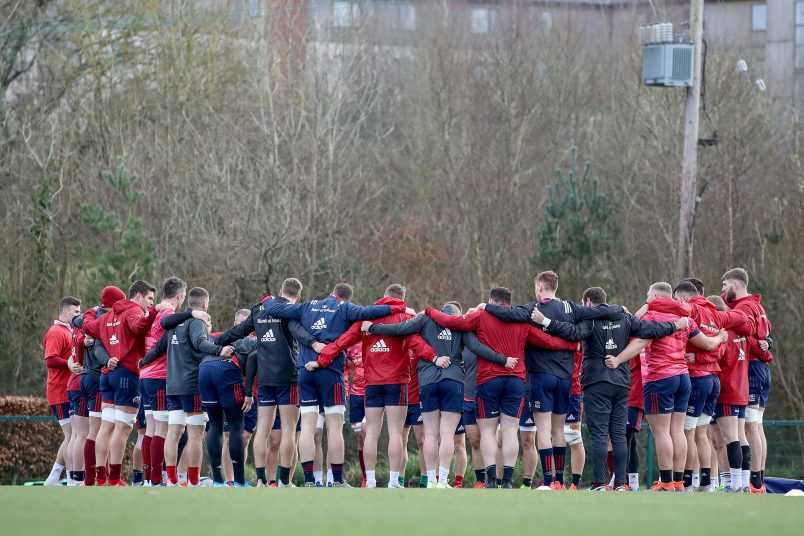 The Munster team huddle at training on Wednesday. Inpho

The Munster team to face Racing 92 in Paris on Sunday afternoon has been named by Head Coach Johann van Graan.

The squad will go through their final training session at UL this afternoon and fly to Paris on Saturday.

Peter O’Mahony captains the side with eight changes to the team that faced Ulster last weekend.

Mike Haley is named at full-back with Andrew Conway and Keith Earls starting on either flank.

Rory Scannell and Chris Farrell pair up in the centres with Conor Murray and JJ Hanrahan forming the half-back partnership.

Dave Kilcoyne, Niall Scannell and Stephen Archer pack down in the front row with Jean Kleyn and Billy Holland in the engine room.

O’Mahony, Jack O’Donoghue and CJ Stander are named in the back row.

Craig Casey and Shane Daly are both among the replacements and could make their Champions Cup debuts. 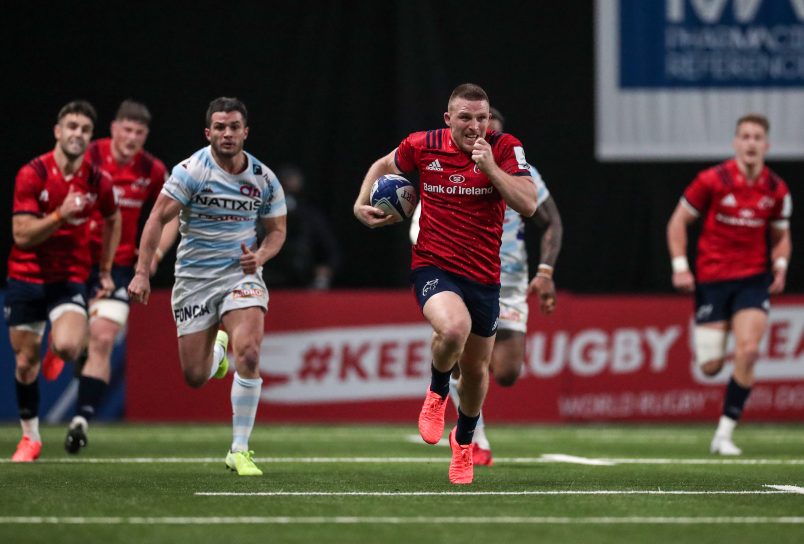 Munster produced a trojan effort but fell marginally short against a Racing 92 side who scored three tries in the final eight minutes to give this tightly-contested Champions Cup battle a lopsided scoreline.

The boot of Hanrahan had kept the scoreboard ticking over and Munster led 22-20 after 64 minutes but three late Racing tries gave the hosts top spot in Champions Cup Pool 4.

Munster are back at Thomond Park next week for the final Pool game as Ospreys visit Limerick. Buy tickets here.

Munster showed their intent from the off with some excellent carries taking the province deep into the Racing half.

Racing were eventually pinged for offside and Hanrahan slotted the fourth-minute penalty for a 3-0 lead.

Munster led 6-0 after 11 minutes after a very well-struck long-range penalty from Hanrahan after the Munster scrum won a penalty.

Johann van Graan’s side kept up the pressure and another excellent attack was rewarded with Hanrahan’s third penalty after 17 minutes.

A Racing infringement at the breakdown after a powerful Dave Kilcoyne carry earned the opportunity.

Poor Munster discipline gave Racing their first chance moments later Teddy Iribaren was blocked as he looked to close down Rory Scannell with Iribaren making it 9-3.

Racing then hit their stride with Finn Russell pulling the strings at out-half and Virimi Vakatawa a huge threat in midfield.

An outrageous Iribaren pass set up Teddy Thomas for the first try in the right corner after 29 minutes. The try was awarded after a TMO consultation with Vakatawa deemed not to have knocked on in the build-up.

Iribaren was unable to add the conversion but when Peter O’Mahony was harshly penalised moments later he slotted his second penalty from halfway to give Racing the lead for the first time, 11-9.

An intentional Vakatawa knock-on gave Hanrahan his fourth shot at goal five minutes before the break but his long-range strike drifted just left.

A brilliant intercept try from Andrew Conway got Munster back in front just before the break as the winger latched onto Henry Chavancy’s pass when it looked certain that Racing would score.

Hanrahan converted for a 16-11 half-time lead.

A Keith Earls break got Munster back on the front foot and he offloaded to Jack O’Donoghue to keep the visitors moving forward. Conor Murray was taken out by Finn Russell for a Munster penalty and a super strike from Hanrahan made it 19-14 after 50 minutes.

Two iribaren penalties gave Racing a 201-9 lead after a Munster high tackle and then intentional knock-on with the hosts back on top.

A Conway chip down the line regained momentum for Munster with Iribaren carrying into touch five metres out.

Chris Farrell was held up by Vakatawa after a clever lineout move before Racing were caught offside off the resulting scrum. Jean Kleyn was held up inches short of the line by the Racing defence and Munster settled for the penalty as Hanrahan gave the province a 22-20 lead with 16 minutes remaining.

Racign were back in front after 72 minutes when Thomas somehow touched down in the right corner off Russell’s crossfield kick. There was another TMO check and the ball was adjudged to have been correctly touched down.

Maxime Machenaud was off target with the touchline conversion but Racing led 25-22.

Vakatawa and Juan Imhoff scored two very late tries to give Racing the bonus-point win on a scoreline that was no reflection on a game that could have gone either way.

Niall Scannell made his 100th Munster appearance in the clash.

Andrew Conway scored his 42nd try for Munster and is now third on the province’s list of top try-scorers.

Craig Casey and Shane Daly made their Champions Cup debuts off the bench. 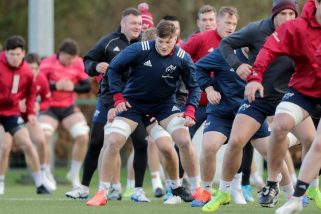 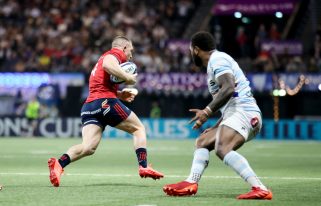 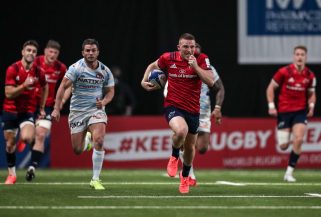 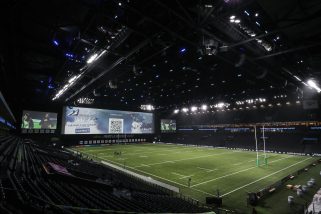 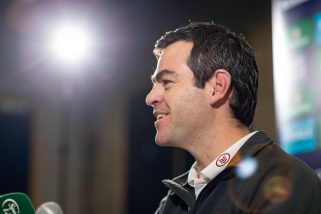 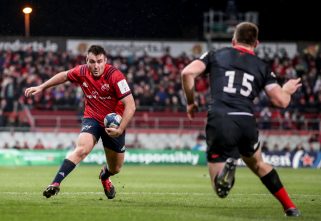 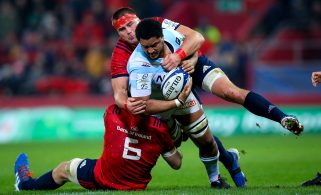 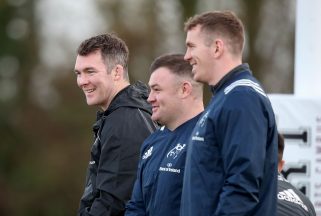 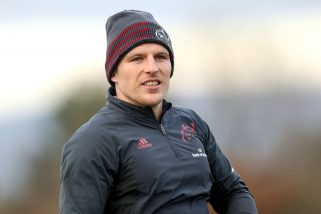 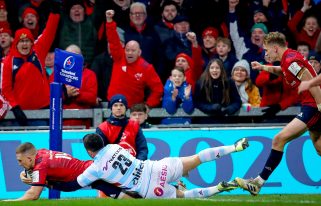