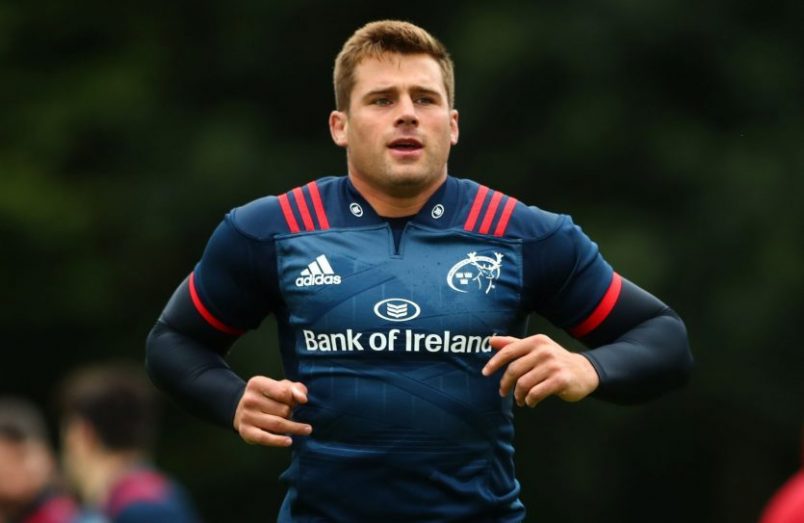 CJ Stander makes his first appearance of the season for Munster against Cardiff Blues.

Munster Head Coach Johann van Graan has named his side to face Cardiff Blues in the Guinness PRO14 at Cardiff Arms Park on Friday night (7.35pm, live on eir Sport and TG4).

There are six changes to the side that beat Ospreys last week as CJ Stander makes his first appearance of the season in a back row that also includes captain Peter O’Mahony and Chris Cloete.

JJ Hanrahan comes into the side at full-back and there is an all-changed centre partnership with Jaco Taute making his first start since returning from injury alongside Rory Scannell.

Hooker Mike Sherry and second row Jean Kleyn are the only two alterations to the pack.

Hanrahan joins Andrew Conway and Darren Sweetnam in the back three as Duncan Williams and Joey Carbery continue their half-back partnership.

James Cronin and Stephen Archer pack down in the front row with Sherry and Kleyn joins Tadhg Beirne in the engine room.

O’Mahony, Cloete and Stander make up the back row.

Three Greencore Munster Rugby Academy players are among the replacements. Hooker Diarmuid Barron, scrum-half Jack Stafford and winger Shane Daly are all included with Barron in line to make his senior debut.

Player update – Keith Earls and Rhys Marshall reported knocks during the week and were not available for selection. 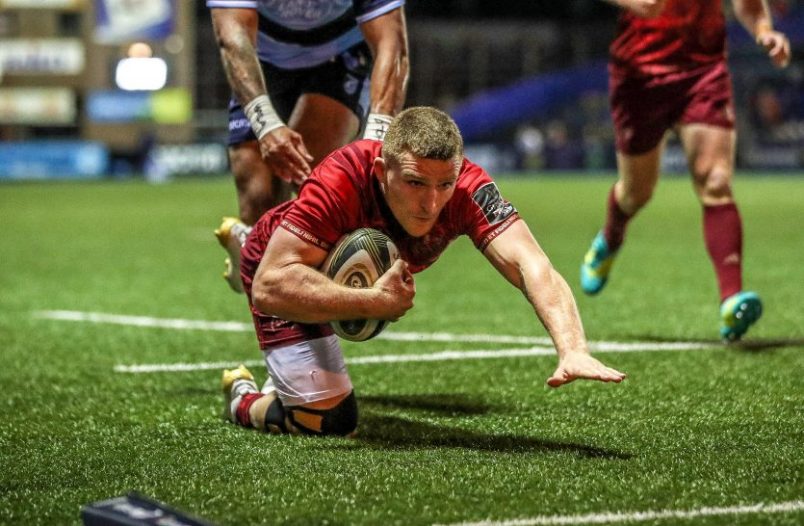 Munster suffered their second away loss of the season to Cardiff Blues at the Arms Park in the Guinness PRO14 on Friday night.

Two first-half Andrew Conway tries and a Joey Carbery penalty meant Munster trailed by just a point at the break, 14-13, but a dominant second-half performance from the hosts gave Cardiff a deserved victory.

Out-half Gareth Anscombe was 100% off the tee for Cardiff kicking 17 points with Nick Williams, Tomos Williams (twice) and Willis Halaholo touching down for a fired-up Cardiff side.

The first 20 minutes went by in a flash with Williams’ close-range converted try giving Cardiff the lead before a quick-fire Conway double saw Munster go 10-7 in front. Both tries were superb efforts with Chris Cloete winning a turnover on halfway for the first with Carbery releasing Conway to chip ahead and score in the right corner.

A Carbery break helped set up the second try for the winger with the out-half then popping a pass over a Cardiff defender to allow Conway score in the same corner for a 10-7 lead.

Cardiff midfield duo Rey Lee-Lo and Halaholo were in the mood to cause havoc and a Halaholo break led to the second Cardiff try for Williams to put Cardiff back in front, 14-10, with only 17 minutes played.

A Halaholo try on 44 minutes stretched the Cardiff lead as he outpaced the Munster defence in midfield to score in the left corner with Anscombe’s conversion giving Cardiff a 21-13 advantage.

A 52nd-minute penalty from Anscombe stretched the lead and when a Munster siege around the hour mark was defended brilliantly by the hosts’ defence, Munster’s chance of a comeback took a big blow.

Two more Anscombe penalties on 64 and 71 minutes moved Cardiff into an unassailable 30-13 lead before Williams’ second try at the death gave the Blues a try bonus point to go with their victory.

Munster are back in action next Saturday as the province host Ulster in the season’s first Interpro at Thomond Park (7.35pm).

Two Greencore Munster Rugby Academy players featured in the win as Shane Daly and Diarmuid Barron both featured off the bench with Barron making his senior debut.

CJ Stander made his first start of the season with Jaco Taute starting for the first time since last September. 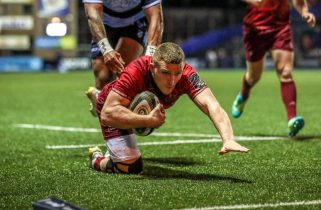 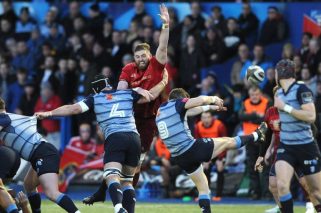 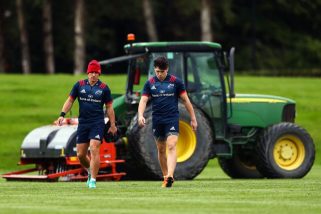