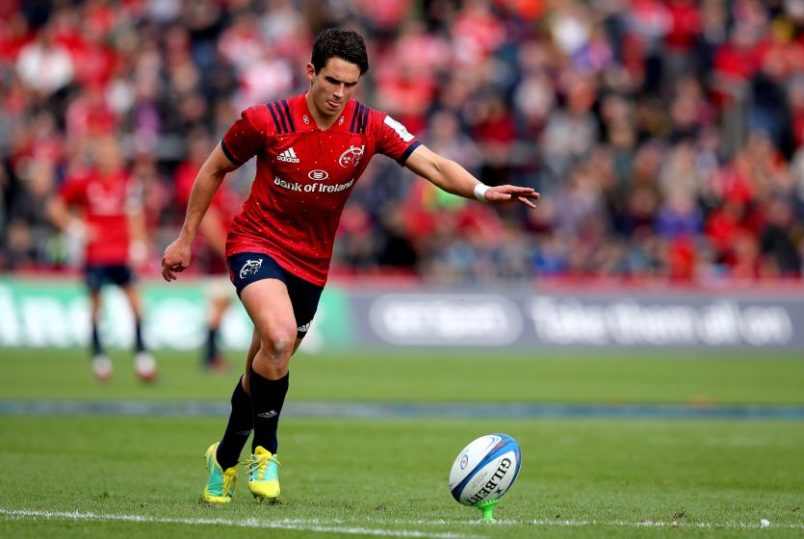 Joey Carbery returns to the side.

Head Coach Johann van Graan has made one change to the side that defeated the French side 30-5 at Thomond Park on Sunday with Joey Carbery starting at out-half.

Conor Murray is set to make his 120th Munster appearance and partners Carbery in the half-backs.

Mike Haley starts at full-back with Andrew Conway and Keith Earls completing the back three as Rory Scannell and Sammy Arnold continue their centre partnership.

The tight five are unchanged once again with Dave Kilcoyne, Niall Scannell and John Ryan in the front row as Tadhg Beirne and Billy Holland pair up in the engine room.

Peter O’Mahony captains the side from the back row with Chris Cloete and CJ Stander completing the side.

Stephen Archer is included among the replacements after missing out last week through illness. 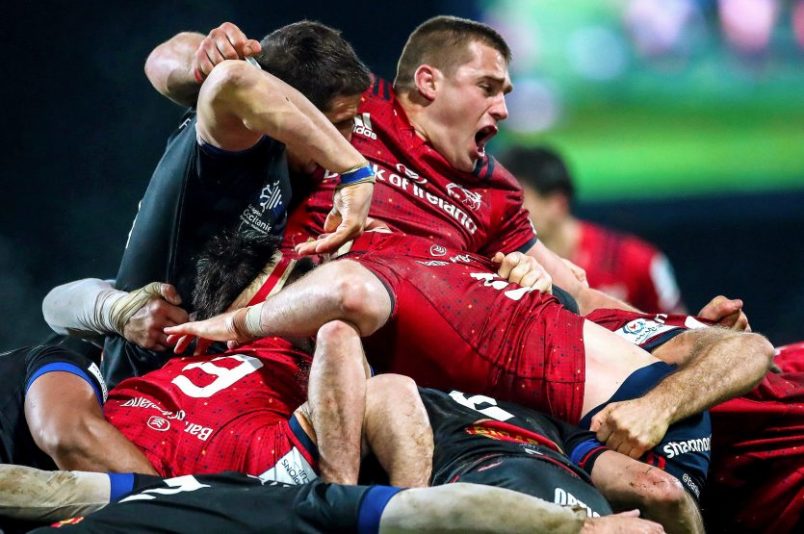 CJ Stander in action against Castres.

Munster fell to a one-point defeat to Castres in the Champions Cup on a very wet Saturday evening at Stade Pierre-Fabre in the south of France.

Joey Carbery kicked four penalties for Munster but Castres managed to grind out the win in difficult conditions.

Munster remain top of Champions Cup Pool 2 after four rounds of fixtures with the province returning to European action away to Gloucester in January.

A very vocal travelling support roared Munster on throughout but they were unable to defeat the French champions on their home patch.

A scrum penalty gave Castres the opportunity to hit back but Benjamin Urdapilteta pulled his effort from the right wing wide.

Niall Scannell was then penalised as he looked to block Scott Spedding’s garryowen and Urdapilleta levelled matters after 11 minutes.

A big carry from CJ Stander put Munster back on the front foot and after winning a scrum penalty of their own, Carbery saw his tough effort fly inches wide.

The out-half made no mistake with his third effort on 20 minutes after Peter O’Mahony was impeded as he took a lineout on the left flank and Munster led 6-3.

Castres hit back with the first try on 24 minutes after hooker Kevin Firmin crossed from close range with the TMO awarding the score. Urdapilleta’s conversion made it 10-6 to the hosts.

Spedding then attempted a huge penalty after Munster were pinged for crossing but the effort from well inside his own half was just off target.

An Earls break up the left flank brought Munster back into the visitors’ territory with Rory Kockott sin-binned for a cynical infringement late in the half with Munster piling on the pressure.

The Castres defence managed to win the turnover after Munster went for the quick tap and the hosts led 10-6 at the break.

A huge effort from the Munster pack won another scrum penalty on 45 minutes with Carbery pulling the penalty wide.

After a Munster rolling maul was dragged down, Carbery stepped up again on 51 minutes to reduce the deficit to a single point with his third penalty.

Castres were back to 15 as Kockott returned and Munster were soon down to 14 after Niall Scannell was sin-binned for tackling a maul on 55 minutes.

Urdapilleta slotted over the resulting penalty and Castres led 13-9.

Munster were again unlucky to see a kick drift inches wide as Conor Murray missed a long-range penalty after the scrum-half had been taken out by Kockott with the ball still in the ruck.

Castres conceded another penalty for slowing the ball at the breakdown and Carbery kicked his fourth penalty to make it 13-12 after 66 minutes.

Niall Scannell returned from his sin-binning and we were back to 15 v 15 with the game on a knife edge for the final 14 minutes.

Andrew Conway touched down for Munster after 69 minutes but the winger had lost control as he looked to regather his own kick and the effort was ruled out.

A no-arms tackle off the ball on Peter O’Mahony in the build-up saw Munster awarded a penalty with Castres replacement hooker Marc-Antoine Rallier shown yellow.

Carbery stepped up for the difficult attempt from the right flank but the kick drifted just wide and Castres retained their 13-12 lead.

Munster were unable to fashion any further chances of note but the losing bonus point keeps the province three points clear at the top of the Pool.

Munster retain top spot in Pool 2 of the Champions Cup.

Munster play their final two Pool games in January as the province travel to face Gloucester at Kingsholm on Friday, January 11, before Exeter visit Thomond Park in the final Pool game on Saturday, December 19 (5.30pm). 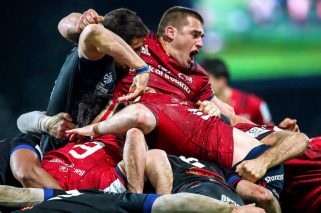 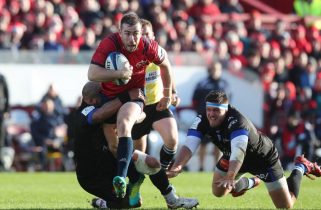 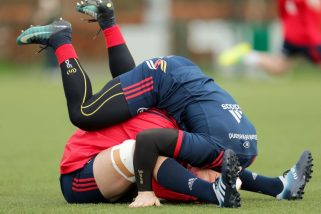 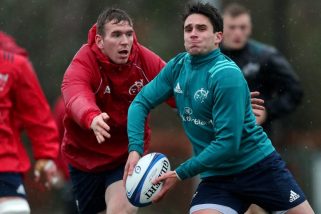