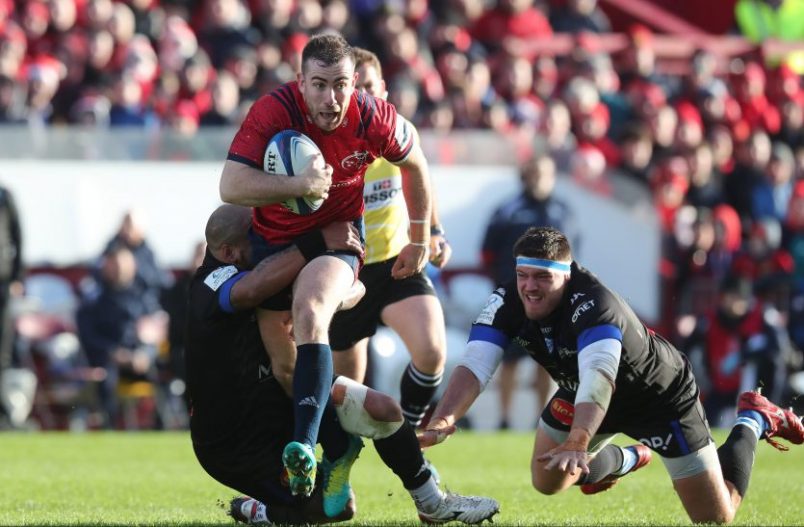 JJ Hanrahan was awarded Man of the Match on Sunday at Thomond Park.

Munster fly out to the south of France on Friday ahead of Saturday’s Champions Cup Pool 2 clash with Castres Olympique at Stade Pierre-Fabre (6.30pm local, 5.30pm Irish time).

Munster fly out to the south of France on Friday ahead of Saturday’s Champions Cup Pool 2 clash with Castres Olympique at Stade Pierre-Fabre (6.30pm local, 5.30pm Irish time).

Munster occupy top spot at the halfway stage of the Pool games with this weekend set to be a pivotal one in the race for the Champions Cup quarter-final places. See Munster’s latest Squad Update here as Chris Farrell has been ruled out of the weekend’s action.

Second-placed Gloucester host Exeter Chiefs in the Pool’s other game on Friday night at 7.45pm.

French champions Castres boast a formidable home record with the game set to provide one of Munster’s toughest tests of the season.

The sides drew 17-all when they met at the Stade Pierre-Fabre last season with Simon Zebo and Dave Kilcoyne touching down as Tyler Bleyendaal kicked both conversions and a penalty.

Munster secured a hard-fought 30-5 win over Castres at Thomond Park on Sunday with Man of the Match JJ Hanrahan, a late inclusion after Joey Carbery dropped out of the side, kicking 100% off the tee and scoring the province’s final try.

Rory Scannell and CJ Stander also touched down in the victory that moved Munster back to the top of Pool 2 with Gloucester hot on their heels after their big win over Exeter at Sandy Park on Saturday.

Munster play their final two Pool games in January as the province travel to face Gloucester at Kingsholm on Friday, January 11, before Exeter visit Thomond Park in the final Pool game on Saturday, December 19 (5.30pm).

Over 20,000 tickets have already been sold for the Exeter clash with tickets still available here.

Ahead of the game in France, Munster Head Coach Johann van Graan said: “There’s a lot of improvement needed for the weekend. You don’t just go to France and get a victory. It’s the French champions in Castres. It’ll be a massive challenge for us but we’re looking forward to it. We said we’re going to enjoy this week. That’s what these double-headers in Europe are about.

“We can only control what we can. We’re sitting in a good spot in our pool. We can’t control their mindset, the only thing we can control is ours. It’s going to be a fierce battle, make no mistake about that. We’ll get the bodies and the minds afresh and ready to go for Saturday.

“The scoreboard might not have said it but that was a fierce battle [on Sunday at Thomond Park]. You could see it in the kinds of knocks afterwards. The scrum was a battle, the maul was a battle, that breakdown battle was fierce at times.

“We’ve got only one task at hand, and that’s to go to Castres and put in a very good performance. We’re under no illusions about what it’s going to take to go there and get a win.” 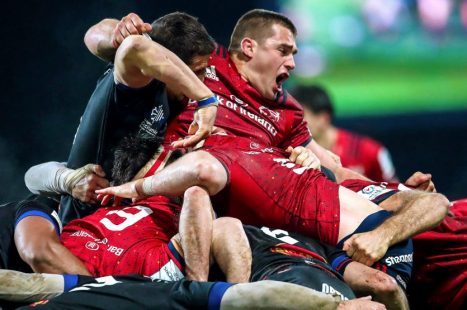 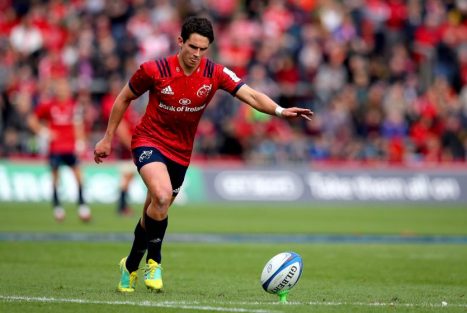 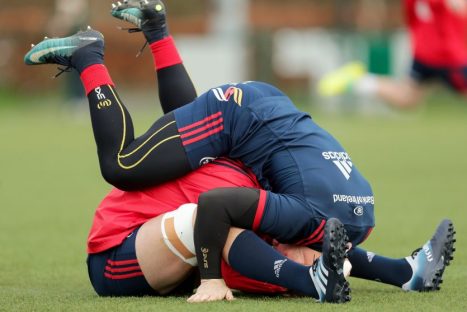