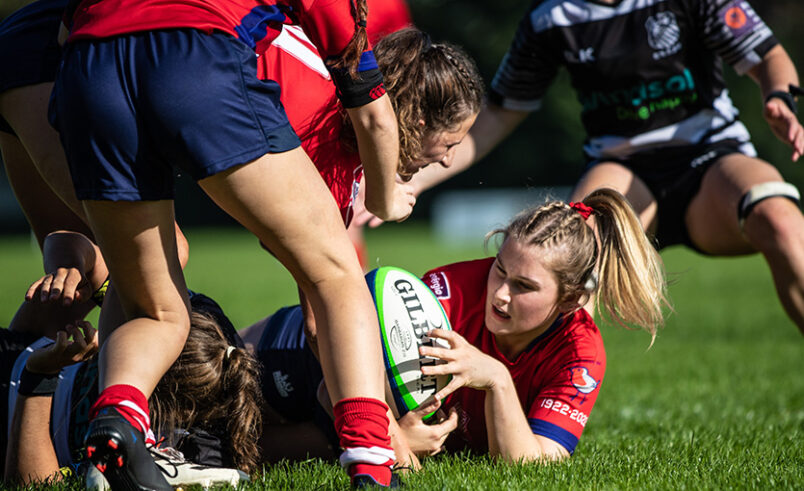 The Women’s All Ireland League continues this weekend and the Munster Women’s Open Cup also gets underway.

The two Munster sides in the Women’s All Ireland League meet at Tanner Park on Saturday, as Ballincollig entertain UL Bohemian. The Limerick side have slipped to seventh, following their heavy 63-0 defeat by Blackrock College in Dublin, while Ballincollig claimed their first points from their 10-10 draw against Wicklow in their last home game.

The Munster Women’s Open Cup gets underway as Shannon-LIT welcome Skibbereen to Coonagh. The winners will be rewarded with home advantage against Thurles in the semi-finals.

In the Munster Junior Club’s Challenge Cup, the game of the day is the meeting of holders Newcastle West and Skibbereen in West Limerick. These sides are both joint leaders in the Munster Junior League and the winners will be at home to Crosshaven or Bandon in the quarter-finals.

The meeting of Richmond and Waterpark at Richmond Park also doubles up as a League game.

Richmond are second following their narrow 15-13 away win over Thurles, while the Suirsiders are fifth as they claimed a losing bonus point from their 17-11 defeat by Kilfeacle at Ballinakill. The winners will be rewarded with a home quarter final against Thurles or Mallow, who lock horns in the Premier County in November.

In other ties, Clonakilty entertain Thomond and the winners will have home advantage against Kilfeacle or Abbeyfeale, who meet in West Tipperary.

St Mary’s welcome Muskerry to Grove Island and the winners will be at home to Old Christians or Clanwilliam, who go head to head at Rathcooney.

In the opening round of the Munster Junior Clubs’ Challenge Shield, Kinsale welcome Ennis to South Cork and the winners will be away to Fermoy in the quarter-finals.

Dungarvan entertain Killorglin in West Waterford and the winners will have home advantage in the quarter-finals against Tralee.

Cobh Pirates go head to head with Charleville in a Cork derby and the winners will be rewarded with a home quarter-final against Kanturk.

Fethard lock horns with Galbally-Mitchelstown in South Tipperary and the winners will be at home to St Senan’s or Ballincollig, who meet at Jimmy Slattery Park.

Youghal have received a bye into the semi-finals of the Martin O’Sullivan Cup from the holders Bantry Bay and will now have a home tie against Carrick-on-Suir or Killarney, who meet at Tybroughney.

Scariff welcome Waterford City to East Clare and the winners will be at home to Douglas or Castleisland in the other semi-final.

Coaching Courses Continue Throughout The Province