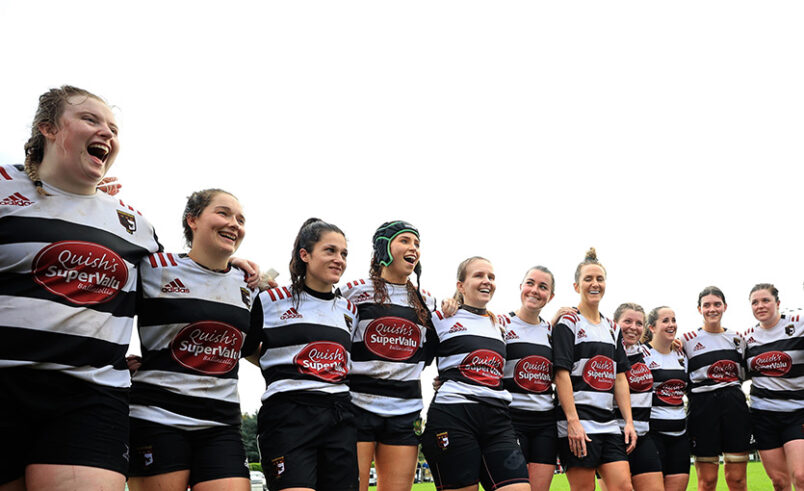 Over a relatively quiet weekend, the final series of games in the Women’s All Ireland League and the quarter-finals of the Men’s All Ireland Junior Cup are down for decision.

In the Women’s All Ireland League, UL Bohemian, who have climbed up to fourth place, following their comprehensive 55-12 away win over Cooke, will be looking to make the most of home advantage count, as they entertain sixth-placed Galwegians. The Limerick side will also be aiming for a semi-final spot, while Galwegians were narrowly defeated 16-14 away to Wicklow last time out.

Ballincollig will be looking to end the season on a winning note as they welcome bottom side Cooke to Tanner Park. Ballincollig’s only points came from a 10-10 draw with Wicklow at Tanner Park, while Cooke are propping up the table on zero points.

Kilfeacle entertain Enniskillen and Thomond travel to the capital to take on Monkstown at Park Avenue.

Richmond lock horns with Mallow in the quarter-finals of the Munster Junior Club’s Challenge Cup on Sunday. The winners will be away to Clonakilty, Thomond or Kilfeacle in the semi-finals.

Fermoy go head to head with Kinsale in the quarter-finals of the Munster Junior Clubs’ Challenge Shield at the Showgrounds. The winners will have home advantage in the semi-finals against Dungarvan or Tralee, who meet in West Waterford.

Cobh Pirates entrain Kanturk at the Paddocks and the winners will be at home to Galbally-Mitchelstown or Ballincollig, who meet at the County Limerick venue.

In the semi-finals of the Martin O’Sullivan Cup, last season’s beaten finalists Youghal are at home to Carrick-on-Suir and Scariff welcome Castleisland to East Clare.