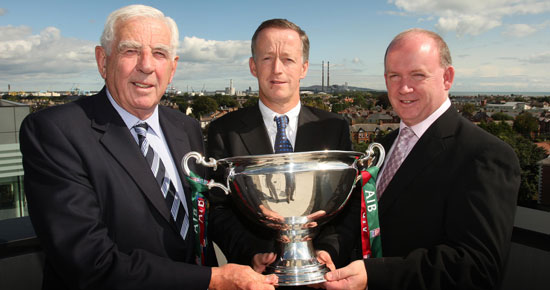 The AIB All Ireland Senior and Junior Cup quarter finals dominate the weekend’s program. Munster will have five representatives in the Senior competition with Cashel and Richmond still in contention for the Junior title.

At least two Munster sides will reach the semi finals of the All Ireland Senior Cup as there are two derby games.

It could be three if Garryowen can get the better of Buccaneers at Dooradoyle. The Athlone based side are struggling this year in the First Division of the League and their taughts may be more focused on holding on to their status rather than progressing in the Cup. This said they are sure to make it difficult for the Light Blues but Garryowen’s experience should see them through.

The big game of the round will be at Musgrave Park where local rivals Dolphin and Cork Constitution clash, but with these sides due to meet the following week in the league, the main focus of both sides no doubt will be on the league encounter. Both sides are likely to give some fringe players a run out and the experience of the Temple Hill side should see them through.

Young Munster are at home to U.C.C. in the other Munster derby at Tom Clifford Park. Both sides had exciting wins in the previous round when Young Munster’s defeated U.C.D. 27-26, while College were 9-8 winners over Old Belvedere. While both sides will see the League as a priority, a win would be a big boost ahead of some upcoming vital league games. The students if they do hit form could add to the home side’s recent bad run.

The other tie sees Galwegians at home to Ballynahinch and after the Ulster side’s victory over Shannon in the last round; they will fancy their chances of claiming another scalp.

In the AIB All Ireland Junior Cup, Cashel face a daunting task away to City of Armagh. The Ulster side won a thrilling encounter against Crosshaven in the last round while the Tipperary men easily brushed aside the challenge of Clogher Valley. With the prospects of playing in the All Ireland Provincial League Championship later in the season, this will be a good test for the defending Munster Champions and current form would indicate that they could cause an upset.

Richmond face a difficult assignment away to last year’s Leinster League winners Cill Dara. The Limerick side have struggled in recent times but two epic Junior Cup games against Young Munster will have given them a big boost and the Leinster side could be in for a surprise.

In the other two ties both Leinster sides will fancy their chances of a place in the last four. Navan entertain Ballymoney and Tullamore could make their trip to Westport a winning one.

In the AIB All Ireland League Division 2, Old Crescent play Bective and both sides’ chances of promotion look slim, but the Limerick side will be anxious to continue their good run with another victory.

Clonakilty make their second visit to Belfast Harlequins in a month and desperately need to get something from this game to ease their relegation worries.

Sunday’s Well play Nenagh Ormond in the Third Division on Sunday and will be hoping to repeat last week’s performance against Queen’s.

There are two games in the First Division of the Munster Junior League. Kilfeacle entertain Newport with points crucial to both sides. A win for Kilfeacle will keep their faint league hopes alive while Newport need the points to move out of the relegation area. Should Kilfeacle fail to get a point from this encounter than Cashel will be crowned champions?

Clonmel host Thurles and the home side will hope to collect the points and move out of the relegation battle. Thurles have caused a few surprises this season, so the home side can not take anything for granted.

In Division Two both Ballincollig and Kinsale can extend their lead at the top of the table if they can win their matches.

Leader’s Ballincollig are at home to neighbours Muskerry and can expect another tough encounter after last week’s bruising affair against Charleville. Muskerry are involved in the relegation battle and will not make it easy for the home side.

Kinsale face a tricky encounter away to Ennis. The Clare side are always difficult to beat on their own turf and this will be a big test of the South Cork side’s promotion ambitions.

Abbeyfeale are at home to Clanwilliam and will be hoping for a change of fortune as they bid to avoid the drop into the Third Division.

Castleisland should continue their unbeaten run in Section A of the Third Division with a win over neighbours Killorglin.

The two other sides battling for a semi final place St. Mary’s and Kilrush meet at Corbally with the Limerick side favourites to come out on top by a narrow margin.

Scariff will be hoping to end their poor league run with a home victory over Presentation.

In Section B Galbally can end the promotion hopes of Douglas if they can come away from Moneygourney with the points.

Old Christians travel to Waterford City in the Munster Junior Plate and the Rathcooney side will be hoping to end a poor run of defeats over the last few weeks.