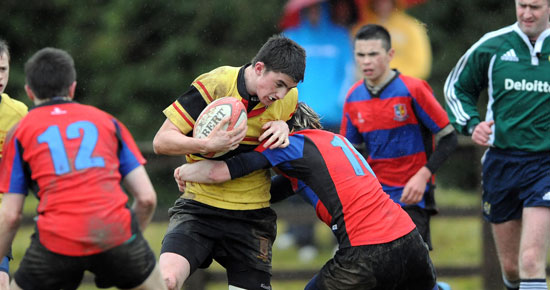 A push over try which was credited to Ben Kilkenny put Munchin’s ahead and Garoid O’Shea converted. A penalty by O’Shea left it 10-0 in favour of the Corbally College at half time.

Ard Scoil Ris came more into the game in the second half and a try by Ronan McKenna which he also converted left three points between the sides with over fifteen minutes remaining.

However solid defending by Munchin’s kept Ard Scoil at bay.