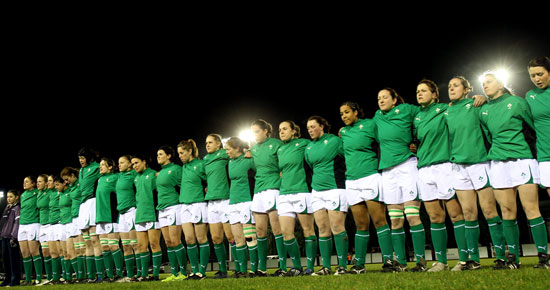 The Irish Wolfhounds (As) returned to winnings way while the Irish Women and U20s both recorded opening wins in their respective RBS 6 Nations Campaigns.

With the Irish Wolfhounds in action in Ravenhill, the Irish side bounced back from last week’s defeat to England Saxons to record a 34-19 win over Scotland A this evening.

The Irish Women kicked off their 6 Nations Championship in Ashbourne RFC tonight by defeating Italy 22-5. Scorers included Munster’s Joy Neville, touching down for 2 tries, and Niamh Briggs adding 2 conversions and a dropgoal.

It was a one sided affair in Dubarry Park tonight with the Irish U20s keeping their Italian visitors scoreless, winning 39 nil. Munster’s Simon Zebo made it over the line in the second half, and Brian Hayes made an appearance after 64 minutes with Munster team-mate David O’Callaghan making way. Winger Darren Hudson certainly made his presence felt as he pulled out a hat-trick performance and Shannon’s Patrick Butler was in impressive form off the back of the scrum.