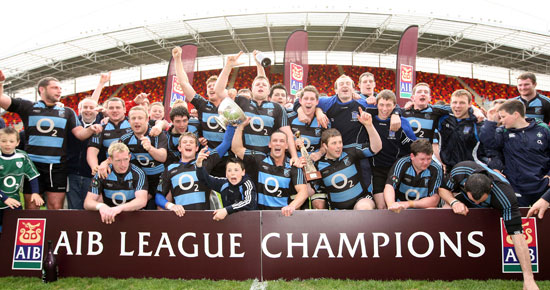 AIB League Champions Shannon will be representing the pride of Irish club rugby when they take on a Basque selection this Saturday in Bilbao.

Shannon will be taking on the best of the Basque region of South Eastern France under the guise of an Ireland Club XV in an invitational challenge match in Gernika.

Shannon secured their ninth AIB League title on May 9th when they won the final in Thomond Park against Dublin side Clontarf after extra time courtesy of scoring the first try of the game.

Commenting on the game, Finbarr Crowley, IRFU Domestic Game Chairman said, "This game is a fitting reward for the AIB League Champions in what was one of the most memorable finals in recent memory. The level of effort and commitment that was shown on the day is just a small percentage I am sure of what went into the entire season and this invitation to represent Ireland as the club champions is another accolade for Irish club rugby and the Shannon club. The Basque region has an incredible rugby history, sharing much of the same traditions that exists in our own clubs and hopefully this will be another opportunity for them to represent Irish club rugby with pride."