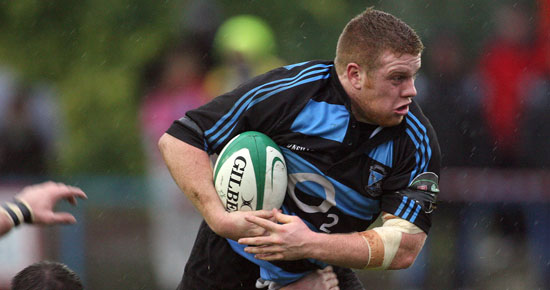 With a break in the AIL this weekend, all eyes turn back to the race for this year’s ODM Munster Senior Challenge Cup title. The semi finals of this prestigious competition take place this weekend, with four clubs hoping to get one hand on the Cup.

On Friday, Highfield and Sunday’s Well kick off at 7.30pm at Temple Hill in an all Cork clash. Currently lying in third place in the AIB All Ireland League Division Two Highfield have enjoyed a good start to their season, and will be confident coming into this game- particularly after their impressive 36-0 and six try haul in the ODM Munster Senior Challenge Cup quarter final against Dolphin. However Sunday’s Well will likely prove tough adversaries. With three wins out of four in the AIB All Ireland League Division Three, the Well will look to build on a run of recent good results. Sunday’s Well will be buoyed by their ousting Old Crescent from this Cup competition by a three point margin in the quarter final.

Shannon and Cork Constitution will play the second semi final on Sunday in Clifford Park at 2pm. The fixture was originally scheduled to take place on Saturday, however a request submitted by Cork Constitution resulted in the game being moved to Sunday. Despite an appeal by Shannon, the decision to reschedule the fixture to Sunday was upheld.

Sunday’s game in Clifford Park will see the current two top teams in the country facing off, as Shannon lie at the top of the AIB League, and Cork Constitution following closely behind in second place. Both teams have a fantastic record in this Munster Senior Cup, with Shannon being the dominant force in this competition for the last decade. The two sides met in the quarter final last year, which saw Cork Constitution knocking out the then reigning champions in a famous victory. Having defeated UL Bohemian’s by just one point in this year’s quarter final, Cork Constitution will be aiming to go one better than last year and lift the Cup. Shannon have already disposed of last year’s champions Garryowen in the quarter final, and so will be determined to win back the title that remains close to their hearts.

Club Rugby- the Heartbeat of Rugby in Munster

Round One
Thomond 6-10 Sunday’s Well

ODM Accountants, North Main Street, Bandon, Co. Cork, are sponsoring this prestigious competition for the third year in a row. The company are long standing supporters of Munster Rugby and have close links with local club Bandon RFC. All three partners, Niall O’ Driscoll, Past President of the Munster Branch, his brother Gearóid O’ Driscoll and Dan Murphy are all members of the West Cork club which is one of the oldest in the province at 125 years this season. The Munster Senior Challenge Cup has a particular place in the hearts of all those involved in Bandon RFC, as the club won the very first Munster Senior Challenge Cup in 1886, defeating Garryowen one try to nil after a replay.

Shannon Come Out on Top at Clifford Park