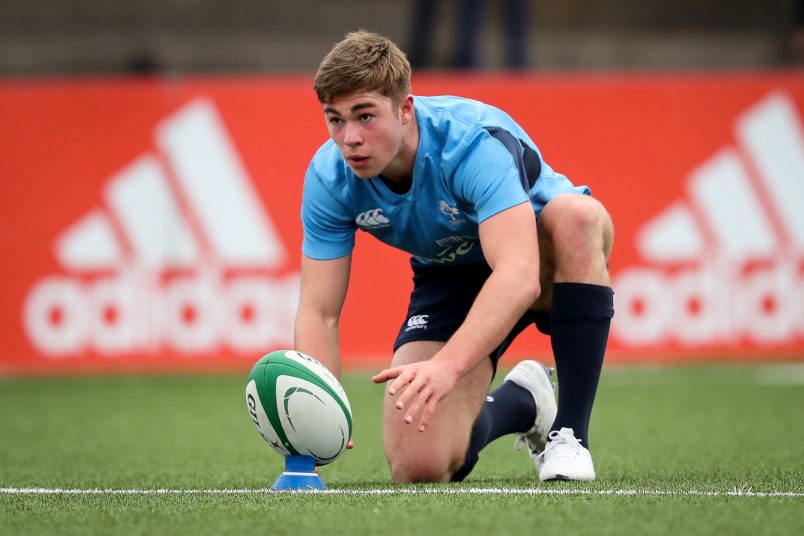 Jack Crowley gets set to take the conversion. INPHO/Oisin Keniry

The Ireland U20s produced an impressive display in the annual challenge match at Irish Independent Park running in six tries to record a 43-27 win over Munster A/Development on Sunday afternoon.

The game as always serves its worth as a preparatory exercise five weeks ahead of the Under-20 Six Nations opener against Scotland at the Cork venue.

Tickets for the Under-20 Six Nations fixtures can be bought online here.

Winger Andrew Smith demonstrated his potential with a hat-trick of tries but it was the composure and place-kicking of Bandon native Jack Crowley, that stood out most in front of a large Sunday afternoon crowd.

With his forward pack, led by captain Thomas Clarkson and hooker Thomas Stewart, providing front-foot ball, Crowley pulled the strings for Noel McNamara’s charges while scoring 13 points off the tee.

Ethan McIlroy, Thomas Ahern and Harry O’Riordan also dotted down for Ireland, with Eoghan Clarke (2), Ronan Quinn and Jack Delaney getting on the scoresheet for Peter Malone’s Munster outfit.