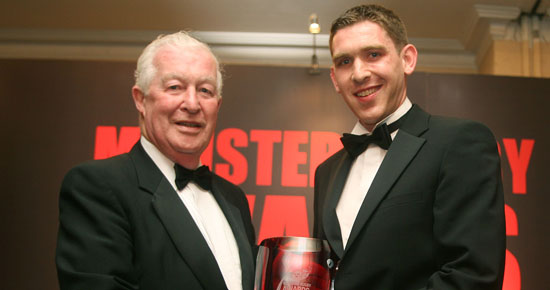 Munster referees are growing in experience and stature evidenced by their various appointments throughout Europe.

Bruff man George Clancy has had a busy time of it with four Heineken Cup games under his belt this season and two to follow in the New Year. But the biggest honour is yet to come when he will referee France v Scotland in his first Six Nations start in Stade de France on February 14th. No doubt George will enjoy the match day atmosphere with over 80000 spectators in attendance!

Fellow Munster man Peter Fitzgibbon is also reaping the benefits of a successful season after a stint in Japan where he refereed two Autumn Internationals between Japan and the USA. Peter also took the helm for two Heineken Cup games and two European Challenge Cup games. He will feature in the 2009 Six Nations Tournament as Touch Judge and Television Match Official.

In his second year of refereeing former Munster player and Munster Rugby Development Officer Johnny Lacey is steadily carving his referee career as he officiated his first Magners League game and European Challenge Cup game this season with more game time to follow in the New Year. Johnny will also referee in the U20’s Six Nations tournament when England take on Italy in Worcester on the 6th of February.

On a domestic level Waterpark’s Darragh McCormack will referee his first Munster Senior Cup Final in Dooradoyle on Sunday the 4th of January when Old Crescent take on Cork Constitution.

All the above appointments further highlight the success of the referee development programmes that are in place in Munster and Ireland.

If you are interested in becoming a referee, there is a New Referees Course taking place on Sunday the 11th of January in Mallow GAA Club. All are welcome.