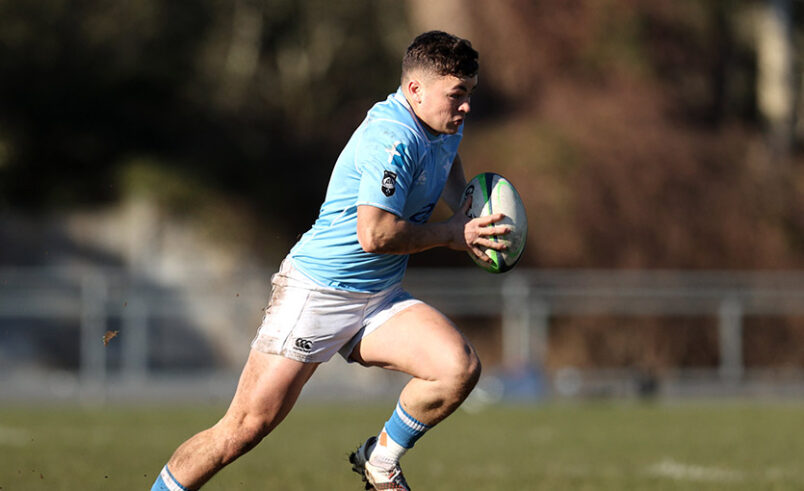 The final series of games across all five divisions of the All Ireland League before the knock-out stages are down for decision this weekend.

In Division 1A, Cork Constitution will be looking to make the most of home advantage count in a bid to secure a top-four finish as they welcome third-placed Lansdowne to Temple Hill. The Lilywhites, who are fourth, go into the tie on the back of a 27-19 away win over Young Munster and are two points ahead of fifth-placed Dublin University. Lansdowne have slipped to third following their 42-30 home defeat by Terenure College and they won October’s corresponding fixture at the Aviva Stadium 16-11. This was also the first of three successive defeats from which Cork Constitution claimed losing bonus points.

The two Limerick sides have nothing left to play for as Young Munster travel to County Down to take on Ballynahinch and Garryowen are at home to Dublin University.

Young Munster are sixth and their hopes of a top-four finish were ended by their 27-19 defeat by Cork Constitution at Tom Clifford Park. Ballynahinch will be contesting the relegation play-off with UCC, and they were defeated 40-14 by leaders Clontarf in Dublin. Young Munster recorded 29-7 home win over Ballynahinch in October’s opener in Limerick.

Garryowen have climbed up to seventh following their narrow 15-14 away win over UCC and they entertain Dublin University, who are fifth and looking to overtake Cork Constitution and finish in the top four. The Dublin Students ran out 34-27 winners over UCD in their Colours Match at College Park, while Garryowen ran out 35-10 winners when they met Dublin University in the Capital. This was the first of four successive wins in what turned out to be an indifferent campaign for the Sky Blues.

UCC face a tough assignment following their 15-14 home defeat by Garryowen from which they claimed a losing bonus point, as they travel to the Capital to take on second-placed Terenure College. The Dublin side ran out 37-13 winners when these sides met on Leeside in October.

The game of the day in Division 1B is the meeting of third-placed Shannon and leaders Old Wesley at Thomond Park. Both sides go into the tie on the back of victories over Banbridge and St Mary’s College, respectively. Old Wesley won October’s opener on a 23-22 scoreline at Energia Park, from which the Limerick side claimed a losing bonus point. Shannon will be playing Highfield in the semi-final, and they are one point behind the Leesiders.

Highfield will have their work cut out as they take on St Mary’ College at Templeville Road. The Dublin side are two points behind fourth-placed Naas, and they claimed a losing bonus point from their 22-15 defeat by leaders Old Wesley at Energia Park. The Woodleigh Park side recorded a comprehensive 57-7 home win over bottom side Navan, and they also won October’s corresponding fixture 21-17. St Mary’ College returned home with a losing bonus point, and it was also the first of eight successive victories for Highfield.

Second-placed Cashel welcome third-placed Buccaneers to the Spafield for their final group game in Division 2A and they are due to meet at the same venue in the semi-final. Both sides won their respective games last time out over Nenagh Ormond and Ballymena. Buccaneers won October’s opener 18-16 in Athlone and the Tipperary side returned with a losing bonus point.

The two Limerick sides have outside chances of finishing in the top four as Old Crescent are one point behind fourth-placed Ballymena on 40 points and UL Bohemian are on 38 points.

Old Crescent are at home to bottom side Rainey Old Boys, by whom they were defeated 24-17 on the opening day of the campaign in Magherafelt and returned home with a losing bonus point. The County Derry side recorded an 18-10 home win over Dolphin last time out, while Old Crescent were defeated 33-13 by leaders Queen’s University in Belfast.

UL Bohemian travel to Leeside to take on Dolphin, by whom they were defeated 20-6 at the UL arena in October. This was also the first of two successive wins for the Leesiders in an indifferent season. Dolphin go into the tie on the back of an 18-10 away defeat by bottom side Rainey Old Boys. UL Bohemian will be looking to grind out a second successive maximum point win if they are to finish in the top four, following their 26-21 home win over MU Barnhall from which they claimed all points on offer.

Nenagh Ormond, who will be contesting the relegation play-off with Rainey Old Boys, travel to County Kildare to take on fifth-placed MU Barnhall, who are playing for a top-four finish. Nenagh Ormond were defeated 20-10 by Cashel in the Premier County derby at New Ormond Park, while MU Barnhall claimed a losing bonus point from their 26-21 defeat by UL Bohemian at the UL Arena. The County Kildare side ran out 32-24 winners in October’s opener in North Tipperary.

Sunday’s Well will be looking to take another step closer to safety following their maximum point 27-15 home win over Midleton as they travel to South Tipperary to take on bottom side Clonmel. The South Tipperary side go into the tie on the back of a 24-8 away defeat to third-placed Bangor. October’s corresponding fixture finished in a 17-17 draw at Musgrave Park, which was the first of two drawn games for Clonmel.

Midleton and Bruff are both in mid-table.

The East Cork side are at home to leaders Enniscorthy, by whom they were defeated 39-17 in County Wexford.

On Sunday in Division 2 of the Munster Women’s League, third-placed Ballincollig welcome leaders Skibbereen to Tanner Park. Skibbereen ran out 28-7 home winners over Dolphin in their last outing. They also claimed all points on offer when they defeated the Mid Cork side 29-15 at the Carbery Showgrounds in October.

It is also a busy weekend on the Junior front with games in the Bank of Ireland Munster Junior Cup, Plate and Bowl competitions, a handful of Junior League games and the Garryowen Cup decider in East Munster.

In the quarter finals of the Bank of Ireland Munster Junior Cup, 2017 winners Bandon welcome Kilfeacle, whose only triumph was in 2002, to West Cork. The winners will have home advantage in the semi-finals against Shannon or Thomond, who meet at Coonagh.

Mallow are at home to Muskerry and the winners will be rewarded with a home semi-final against 2016 winners Young Munster or Ennis, who meet at Tom Clifford Park.

In the semi-finals of the Bank of Ireland Munster Junior Plate, Midleton lock horns with near neighbours and 2003 winners Cobh Pirates at Towns Park.

The other semi-final between St Mary’s and Thurles at Grove Island is a repeat of the Munster Junior Clubs’ Challenge Shield decider, which was won by the Tipperary side. St Mary’s last won the trophy in 2014, which was their third triumph, while Thurles lead the roll of honour with five titles. Their last success was in 2017.

Waterford City, who won the Bank of Ireland Munster Junior Bowl in 2013, welcome Castleisland, who recently won the Munster Junior League Conference E title to Suirside for their semi-final.

The other semi-final between Scariff and Dolphin takes place in East Clare.

There are two games in Section C of the Munster Junior League.

Fermoy go head-to-head with Fethard at the Showgrounds. A maximum point win would move the South Tipperary side within one point of Charleville, who are tied with St Mary’s on 19 points in second place, in a bid to maintain their outside challenge for a higher ranking.

In Conference E, Killarney, who are joint second with Youghal on 23 points apiece, will be looking to get their challenge for a higher ranking back on track as they travel to the West Kerry Gaeltacht to take on Chorca Dhuibhne. Killarney claimed all points on offer as they ran out 36-26 winners when these sides met in East Kerry in December.

Bantry Bay entertain Douglas, with the West Cork side looking to avenge October’s 28-21 defeat at Castletreasure, from which they claimed a losing bonus point and Douglas scored four tries.

Bantry Bay claimed a losing bonus point form their last game where they were defeated 13-7 by Castleisland in the Kingdom. Douglas claimed maximum points from their last game, which they won 22-17 against Chorca Dhuibhne in the West Kerry Gaeltacht.

On Saturday evening, Clanwilliam and Waterpark go head-to-head in the Garryowen Cup decider in Cashel. The Tipperary Town side, who last won this trophy in 2016, will be looking to finish the season with silverware, following their defeat by Newcastle West in the Munster Junior Clubs’ Challenge Cup decider at Musgrave Park. The Suirsiders are looking to win this trophy for the first time.