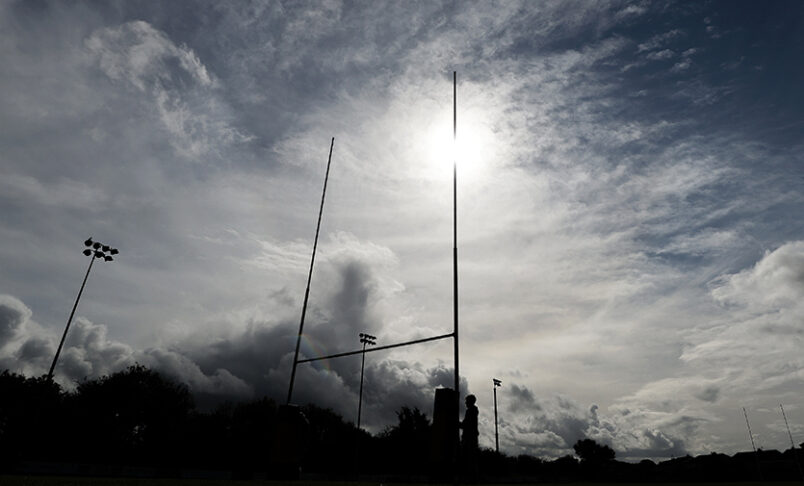 Cork Constitution face a tricky task as they welcome Young Munster, who recorded a maximum point 29-7 home win over Ballynahinch, to Temple Hill in Division 1A on Saturday. The Lilywhites claimed a losing bonus point from their 16-11 defeat by Lansdowne in Dublin.

Garryowen, who are in pole position following their 35-10 maximum point away win over Dublin University welcome UCC to Dooradoyle. The Leeside Students are seeking their first points following their 37-13 opening day defeat by Terenure College at the Mardyke.

In the Women’s All Ireland League, UL Bohemian and Old Belvedere, who are both on maximum points from two games each, lock horns in a top of the table clash at the UL Arena.

Ballincollig will be looking to make the most of home advantage in a bid to bounce back from their 24-10 defeat by Cooke in Belfast as they welcome Galwegians, who are on zero points, to Tanner Park.

The two Munster sides in Division 1B of the Men’s All Ireland League are in action against sides who are on zero points.

Highfield, following their 21-17 home win over St Mary’s College, travel to the Royal County to take on Navan and Shannon who claimed a losing bonus point from their narrow 23-22 defeat by Old Wesley at Energia Park, entertain Banbridge at Thomond Park.

There is a Premier County derby in Division 2A of the All Ireland League at the Spafield on Friday evening as Cashel and Nenagh Ormond go head-to-head. Cashel claimed a losing bonus point from their narrow 18-16 defeat by Buccaneers in Athlone, while the North Tipperary side are seeking their first points as they were defeated 32-24 by MU Barnhall in their opener at New Ormond Park.

Dolphin, who are third in Division 2A, will be looking to make the most of home advantage following their 20-6 away win over UL Bohemian, as they lock horns with fourth-placed Rainey Old Boys at Musgrave Park.

Old Crescent, who claimed a losing bonus point from their opening day defeat by Rainey Old Boys in Magherafelt, face a tough assignment as they welcome leaders Queen’s University to Rosbrien.

UL Bohemian go in search of their first points, as they travel to Kildare to take on second-placed MU Barnhall in Parsonstown.

In Division 2C, Bruff and Midleton are both seeking their first points following opening day defeats by Bangor and Enniscorthy, respectively.

Bruff will have their work cut out as they entertain second-placed Skerries at Kilballyowen Park and the East Cork side lock horns with Sunday’s Well in a local derby at Towns Park.

The Musgrave Park side played out a 17-17 draw with Clonmel, who welcome third-placed Bangor to South Tipperary.

In Division 2 of the Munster Women’s League, Ballincollig, who claimed maximum points from their opener against Dolphin, travel to West Cork to take on Skibbereen, who defeated Waterpark in their opening game, but lost to UL Bohemian last time out.

UL Bohemian, who have won their two games, are away to Waterpark, who are propping up the table on zero points.

There are three games in the Munster Junior League on Saturday.

Chorca Dhuibhne and Douglas get the show on the road in Conference E in the West Kerry Gaeltacht on Saturday afternoon,

In Conference B, Ballincollig welcome Tralee to Tanner Park and there is a Cork derby under lights in Conference B as Crosshaven entertain Skibbereen at Myrtleville Cross.

On Sunday in Conference A, Abbeyfeale are at home to County Limerick neighbours Galbally and Thomond lock horns with Newcastle West at Liam Fitzgerald Park for the third time this season.

Richmond go head to head with Clanwilliam at Richmond Park and St Senan’s are at home to Kilfeacle in a repeat of last week’s Challenge Cup tie, which Kilfeacle won 31-18.

There are two Rebel County derbies in Conference B as Bandon host Old Christians at Old Chapel and Muskerry are at home to Mallow.

Clonakilty travel to Suirside to take on Waterpark.

There is a North Cork derby in Duhallow in Conference D as Kanturk lock horns with Fermoy.
Kinsale go head to head with Charleville at the South Cork venue and Cobh Pirates entertain Killorglin at the Paddocks. Bantry Bay are at home to Killarney in Conference E and Dunmanway welcome Castleisland to West Cork.