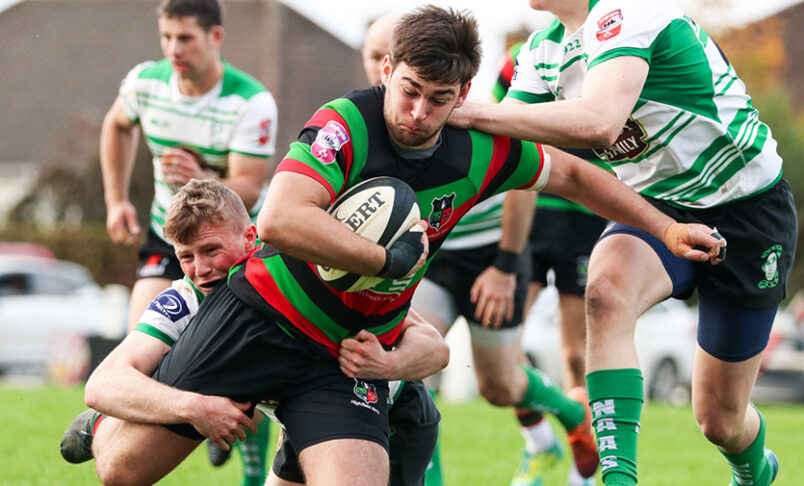 There are a handful of games across various All Ireland and Provincial competitions over a relatively quiet weekend as the festive period approaches.

The semi-finals of the All Ireland Junior Cup are down for decision as Newcastle West make the long trip to County Tyrone to take on Clogher Valley at the Cran in Fivemiletown.

In the other semi-final, Ballyclare lock horns with Connemara who defeated holders Kilfeacle in the last round in County Antrim.

In the Women’s All Ireland Cup, UL Bohemian travel to the Capital to take on Old Belvedere at Ollie Campbell Park. The winners will have home advantage against Cooke in the quarter finals in the New Year.

The second semi-final of the Bank of Ireland Munster Senior Challenge Cup sees Highfield going head to head with holders Young Munster at Woodleigh Park. Garryowen await the winners in the decider.

Young Munster defeated Shannon 26-14 in last season’s decider at Takumi Park at the end of August, to win the trophy for the first time since 2010. They have reached this season’s semi-final on the back of home wins over Cork Constitution and UL Bohemian.

Highfield, who are looking to reach their first decider since 2007, recorded victories over Sunday’s Well and Old Crescent. Their only triumphs in this competition were in 1966 and 1968.

Sunday’s Well host Cork Constitution in the semi-final of the Bank of Ireland Munster Senior Plate at Musgrave Park.

Sunday’s Well defeated Kilfeacle 20-14 in their first round tie in West Tipperary, while the Lilywhites go into the tie on the back of a comprehensive 58-10 victory over Dolphin at Temple Hill. The winners are due to meet Shannon in the decider.

On Friday evening in the Garryowen Cup, Thurles host Galbally in a rearranged first round tie.