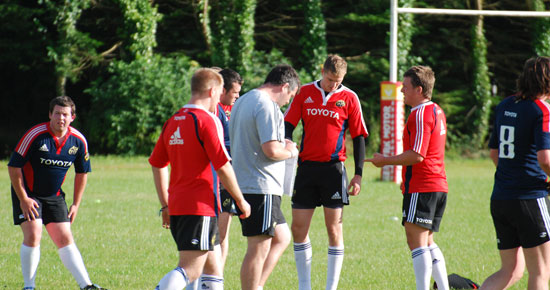 Over the next coming weeks Munster’s representative sides will return to action as they compete in their respective Interprovincial campaigns and pre-season games. We take a look at who is in action where.

The Munster U20s travel to Edinburgh this weekend to take on Heriots RFC in one of three pre-season games. On their return they will take on an academy select XV and then play UL Bohs on Friday September 4th. The U20s will hope to further improve on last year’s runner up position when they defeated Ulster and Connacht, and lost to Leinster in Donnybrook.

The Munster U18 and U19 Schools sides will commence their Interpro action on September 19th as the sides are at home to their Ulster counterparts. Both squads won two out of three last year, the U19s suffering defeat to Ulster and the U18s losing out to Leinster in Clonmel. In preparation the U19s will play the U19 development team this Sunday in the P.B.C Grounds, Cork, ko 12pm and then they will travel to play the Mosley U20s on August 28th.

The Munster U18 Club side will play a training game against the U18 schools this Saturday in Garryowen FC, ko 11.30am, giving management a final opportunity to finalise squad numbers. They then open their Interpro series away to Connacht in the Sportsground on September 12th. The U18 Club side opened their campaign in strong form last season with a win over Leinster and will no doubt look to start in similar fashion this year, and remain in further contention throughout the campaign.

The Munster U19 Development XV will be looking to record a win this season after last year’s disappointing championship when they suffered three defeats. Like the U18s they are on the road for their opening game against Connacht in the Sportsground on September 12th.