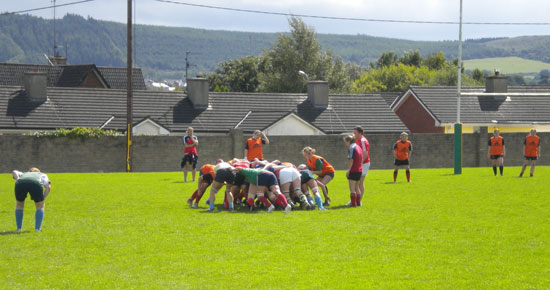 Following on from two open trials and extended squad sessions the Munster Women’s Squad has been announced for the 09/10 Season.

The squad, who is coached by ex-internationals Fiona Steed and Sarahjane Belton, are currently in preparation for a tour to France ahead of their Inter-Provincial Campaign.

The team will travel to France on August 28th to play French Division 2 Semi-Finalists Villelongue and French Champions Montpellier. Following this, preparations will continue for six weeks in a lead up to their opening inter-provincial match against Ulster.

There is a change is the format to the series this season, which will see four club games played prior to the commencement of the inter-pro competition. Inter-pro matches will begin October 17th and club games will then be played on alternate weekends until the middle of November when the Inter-pro finals will take place. The finals this year will be held in Leinster.