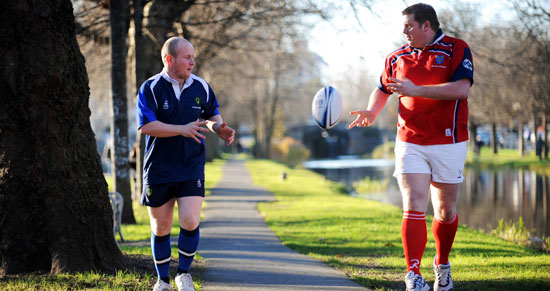 Monkstown F.C. will be the venue on Tuesday 18th December (1.30 PM ko) for the Treasury Holdings Irish Colleges Inter Provincial Final which sees Munster and Leinster competing for the title.

Both Munster and Leinster have each accumulated three Provincial titles since this important competition in student rugby was inaugurated eight years ago.

This is the first Interprovincial final for new sponsors ‘Treasury Holdings’ the international real estate company headquartered in Dublin.

It can be said that the success of this competition in the Irish Colleges Rugby calendar mirrors the rugby development strategy of both IRFU and I.C.R.U. at 3rd level. While many of the players of both provinces are experienced club players, the competition provides a continuity of playing experience particularly for rugby playing students who are studying and living away from home.

The Garda College remains an important nursery for budding players and administrators. Their players are less prominent now than in bygone days when they made a substantial contribution in numbers to provincial teams. Could it have anything to do with the requirement that in past years, trainee gardai needed to have a height in excess of six foot!

Both Garda College players today -John Gilmartin and Dave Barry -are playing in the second row for the Munster province and are often in competition for this position. John at 6ft 5 ins and from Limerick plied his rugby with Young Munster and is currently on the second stage of his training in Bandon Garda station.

Dave from Cork, an Old Christian’s stalwart and a first year student will take up a position as a student Garda in Clonmel in the New Year.
Irish Colleges selectors will certainly be busy on the 18th December as they have their first representative match on Friday28th December against Ireland U19’s. This game is scheduled for Malahide at 2pm.