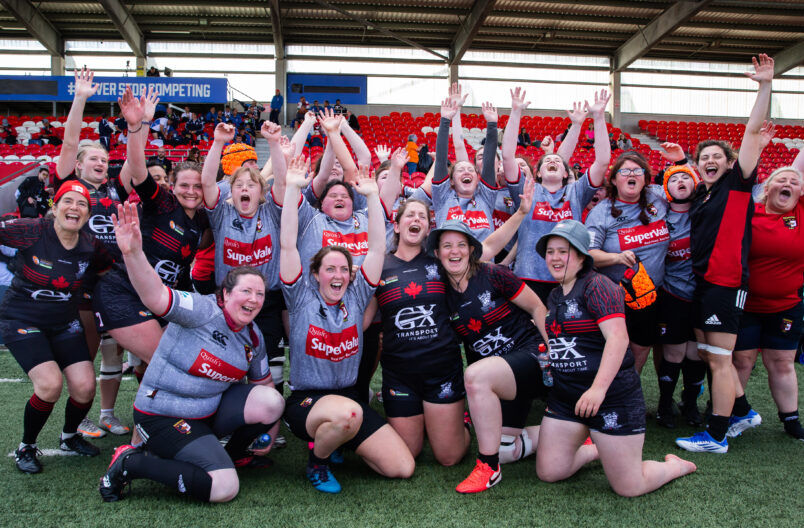 Ballincollig Trailblazers celebrate after their game against UR Almeria/Incluindus. Inpho

It was another busy day at Musgrave Park on Tuesday as the 28 teams competing at the Mixed Ability Rugby World Cup completed their respective pool stages.

The Sunday’s Well Rebels finished their pool campaign with a 27-15 win over Belgian side Rugby Club Hasselt. The Cork side have won all their pool games and will now look forward to a Cup quarter-final against Italian side Chivasso Rugby Onlus on Thursday.

The West Cork Jesters were narrowly beaten 20-10 on Day 2 by Canadian side, the Oshawa Vikings, in a closely fought battle. The Jesters will now play in the Plate quarter-final on Thursday against Edinburgh Rugby.

The Ballincollig Trailblazers, who are competing in the very first women’s Mixed Ability Rugby World Cup competition, played an incredible game against HarleQueens Latina but were narrowly beaten 15-20. However, the Cork side did complete their pool campaign with a a 14-5 win over UR Almeria/Incluindus from Spain.

The Trailblazers will now take on El Salvador in the semi-final on Thursday.

Watch some of the action below and scroll down for a full list of Thursday’s fixtures.