Meteor(ic) Start To The Season. 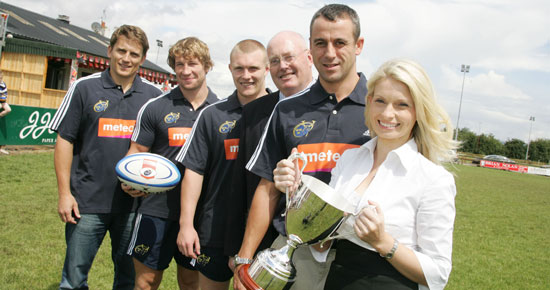 The Meteor Munster Sevens Cup that was launched yesterday is already generating huge interest according to Event Co-Ordinator John Lacey.

career included 6 Heineken Cup appearances, is confident that the competition will become a regular feature in the club calendar. "There is already great interest being shown with clubs outside those involved phoning to enquire if there are any places still available. Unfortunately entries have closed and I think we can look forward to a great day’s rugby. And I believe that we will see this event going from strength to strength."

The 16 teams competing in the Meteor Munster Sevens tournament will be involved in over 30 games, kicking off at midday and finishing with the grand final at 6pm.

Ultan O’Callaghan Munster Rugby Provincial Domestic Games Manager, emphasising the importance of the competition, said "Sevens rugby is an area where we believe individual skills can be honed and developed and we are delighted that Meteor have come on board with us in such an enthusiastic and constructive way. We believe this competition will be hugely beneficial to the clubs and to Munster Rugby"