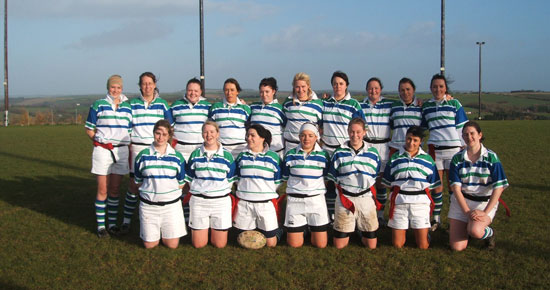 History was enacted on Sunday December 2nd with the first ever match for the Kinsale Women’s team.

The home fixture against Clanwilliam saw Kinsale start brightly with a dream start try by Stephanie Coleman in the first minute. Clanwilliam were surprised by the pace of Kinsale’s efforts and how they were kept at bay for much of the first half. Eventually, Clanwilliam’s experience told and they led the proceedings at half time 3 tries to 1.

In the 2nd half, Clanwilliam ramped it up and scored several tries. Kinsale never gave up – illustrated by scores in the last quarter by Sylvia O’Sullivan and Emma Dunne. Weather conditions changed suddenly to wind, rain and hail, but the players efforts never faltered.

Kinsale’s team coaches were delighted with the endeavour and enthusiasm of the players. A squad of 17 players participated…leading to great expectations for Women’s Rugby in Kinsale.

Get Your Brick In Time For Christmas!