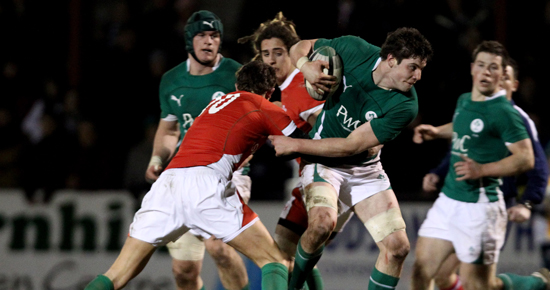 Allen Clarke’s young charges are in line for silverware if they overcome their final challenge tonight in Dubarry Park – securing victory over Scotland U20s, ko 7.35pm.

Ireland’s 24-17 victory over Wales U20s last Friday night ensured they hold on to top spot going into this final weekend of 6 Nations action, and are on course for a shot at the Triple Crown and Championship.

England, who are level on six points with Ireland, have to travel to France in the fifth round. Ireland boast a 17 points difference ahead of England with both teams tied on six points and any win against the Scots should guarantee Ireland the title.