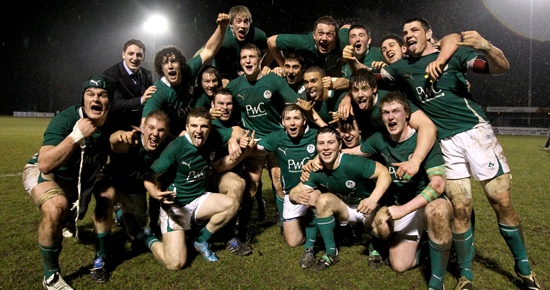 The Ireland U20s were crowned the RBS 6 Nations Under 20 Champions over the weekend after another successful night in Dubarry Park, defeating Scotland 44-15.

Ireland had to wait on the England v France result to be declared Champions on Sunday, and with England defeating France 47-31, the points margin stood in Ireland’s favour.

Ireland Under 20 Coach Allen Clarke spoke of his delight at winning the championship, "We are delighted to be champions. The win on Friday night over Scotland showcased the attitude and talent of the squad and to win the Championship is a tribute to the work ethic of the players and coaching staff.”

“We can now look forward to the Junior World Championship in Argentina in June and build on the work we have done here."