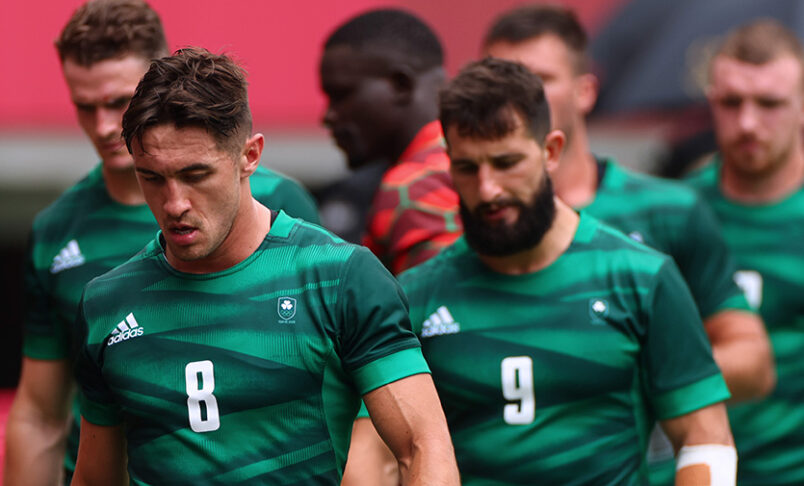 Ireland Men’s Sevens responded impressively to the disappointment of missing out on a place at the Tokyo Olympics quarter-finals by running in five tries against Korea in Tuesday’s first classification match.

Despite securing a 12-7 victory over Kenya in their final Pool C game, Anthony Eddy‘s side agonisingly missed out on a place in the quarter-finals on points difference, but Ireland found the perfect response by booking their place in Wednesday’s ninth place play-off with a big win over Korea.

Early tries from Mark Roche and Jordan Conroy set Ireland on their way against Korea, with another Conroy score and a double from Gavin Mullin handing Eddy’s side a resounding 31-0 victory to set up a rematch with Kenya on Wednesday morning (9.30am Tokyo time/1.30am Irish time).

Speaking after the win over Korea, Roche said: “We said we would go out and attack them. We wanted to hold on to the ball, and that’s what we did for the 10 points that we got and then we just switched off a little, we allowed them play instead of attacking them in defence. We know how to pick ourselves back up for another game and know how important it is to finish strong and get that ninth place.”

Reflecting on a bittersweet day, Mullin added: “It was tough this morning, a tough one to take with that last minute try to put us out. It’s a good group here so we just managed to shake it off in the afternoon. We all just chilled out a bit, relaxed. We’re at the Olympics and we have to go out and enjoy ourselves. It was still pretty sloppy to be honest. We’re still not happy with where we are but we’ll come out tomorrow for our last game and just have a bit of craic.”

Ireland Men’s Sevens were unable to mark their debut appearance at the Olympic Games with the dream start as they slipped to defeats to South Africa and USA at Tokyo Stadium on Monday.

Anthony Eddy‘s side made history as they became the first Irish Rugby team to compete at the Games, but back-to-back Pool C defeats leaves their hopes of progressing through to the quarter-finals resting on Tuesday’s crucial clash against Kenya (3am Irish time).

The Blitzboks and USA proved clinical opponents on the opening day of the Tokyo 2020 Olympic Rugby Sevens competition for Ireland, who were firmly in both contests but a number of uncharacteristic errors cost them dearly, as they slipped to 33-14 and 19-17 reversals.

In the opening game, South Africa made a strong start through back-to-back tries from Zain Davids and Impi Visser but Ireland responded strongly before half-time, as Gavin Mullin went over uncontested after a period of sustained Ireland pressure on the Blitzbok line. 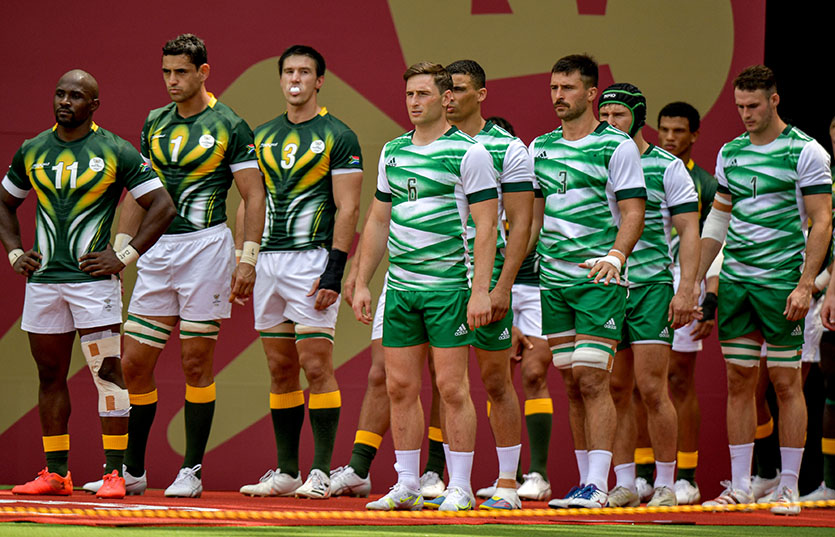 With just one score in it at half-time, Ireland were very much in the contest but South Africa found an instant riposte on the restart and restored their two-score advantage as Justin Geduld went over in the far corner.

Terry Kennedy provided a glimpse of his magic footwork and lightning speed as he looped around Harry McNulty to pierce through the South African defence for a seven-pointer, but it was South Africa who finished strongly to secure the victory thanks to tries from Chris Day and Stedman Gans.

Eddy’s side needed a big response against USA but they were on the back foot from the off as a powerful Eagles outfit seized the early initiative through Perry Baker and Madison Hughes. Once again, however, Ireland settled and conjured a crucial score on the half-time hooter, with Hugo Lennox finishing superbly after a typically physical Foster Horan carry.

With their tails up, Ireland moved to within two points of USA on the restart as McNulty went over following a fine team move involving Lennox and Kennedy, but Steve Tomasin‘s second-half try restored USA’s two-try advantage.

Ireland now need a strong win over Kenya in their final Pool outing as they bid to progress as one of the two best third-placed teams, and Horan’s last-gasp try, converted by Mark Roche, may well prove crucial.

Tune in to Ireland v Kenya at 3am Irish time on Tuesday on RTÉ.